The adaptation of the novel by the author of THE RITUAL premieres later this month.

Netflix releases NO ONE GETS OUT ALIVE September 29. Directed by Santiago Menghini and written by Jon Croker and Fernanda Coppel from the book by Adam Nevill, with Andy Serkis and THE RITUAL and THE NIGHT HOUSE director David Bruckner among the executive producers, it stars Cristina Rodlo, Marc Menchaca (ALONE), David Figlioli, David Barrera and Moronke Akinola. The synopsis: “Ambar [Rodlo] is embarking on her American Dream after years spent dutifully tending to her terminally ill mother in Mexico. She arrives in Cleveland illegally, with very little money and unsuitable clothing for what’s expected to be the coldest winter on record. After finding cash-in-hand work at a local garment factory, she rents the cheapest room available from Red [Menchaca] in a near-derelict boarding house. Kept awake by the other tenants’ sobbing, disturbing nightmares and strange unearthly noises echoing from the basement, Ambar begins to wonder exactly who–or what–lives inside the house with them. Soon it becomes clear that Ambar has walked into a trap, one where she will soon be introduced to the evil that has been lurking in the basement. Ambar must fight to escape her living nightmare, but in a house where no one listens to the screams, will she ever get out alive?”

You can see the movie’s Netflix page here. 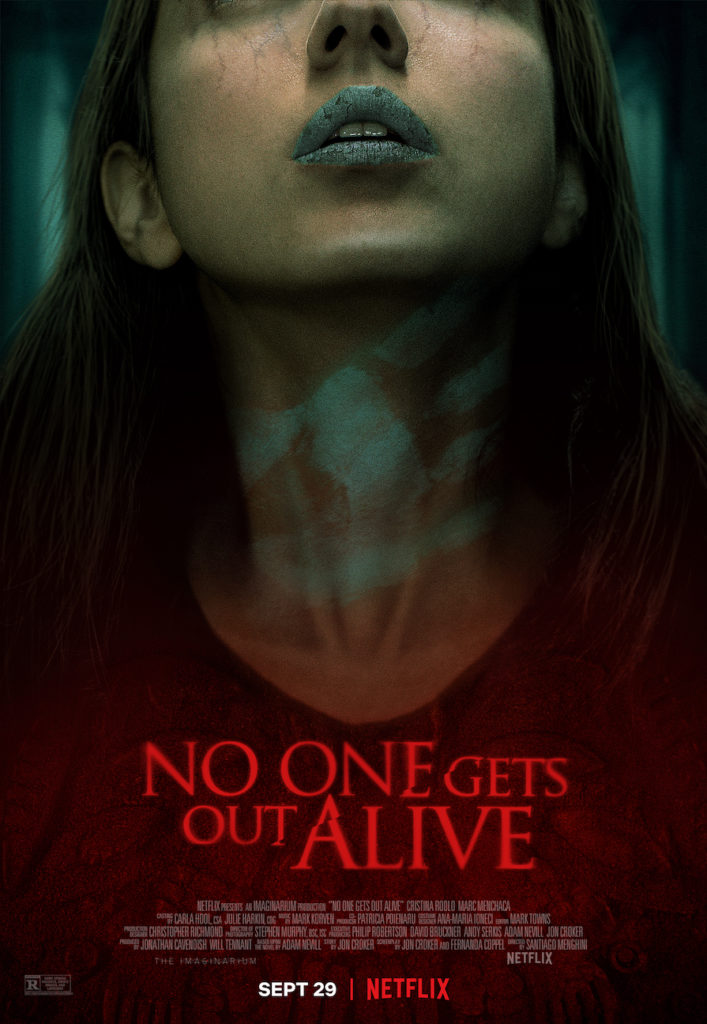