Trailer and poster reveal a deadly “PRESENCE” coming next month

Climb aboard this seafaring psychological chiller.

XYZ Films brings PRESENCE to North American VOD November 17 following a successful festival cruise. Christian Schultz directed from a script he wrote with Peter Ambrosio, and the cast is headed by Jenna Lyng Adams, Dave Davis (THE VIGIL) and Alexandria DeBerry. The synopsis: “After leaving New York following a mental breakdown, Jennifer [Adams] is contacted by her best friend about good news concerning their joint business venture. Within the hour, Jennifer is boarding a private plane and walking down the dock to a billionaire’s private yacht. All seems well, except that Jennifer is plagued by violent, unsettling visions. Is her unchecked anxiety attempting to self-sabotage her once again…or has a sinister presence latched onto her?”

“PRESENCE is a smart and complex adult thriller that is perfect for date night,” says XYZ’s James Shapiro. “It’ll have everyone at the edge of their seats, and we’re really excited to be partnering with Christian to get his film out to audiences!” 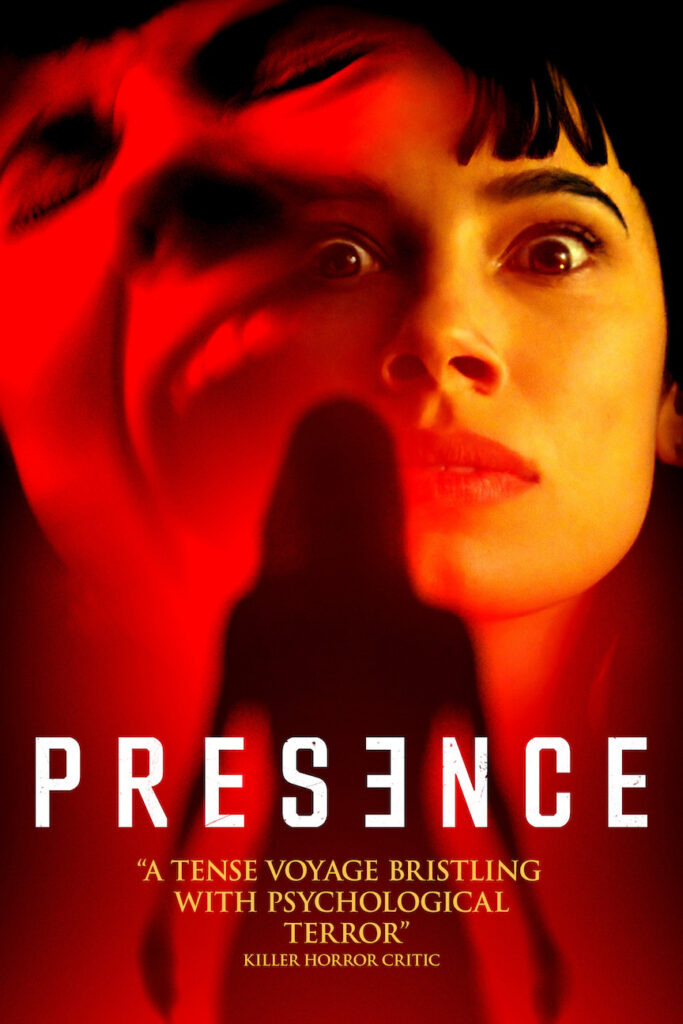