Trailer and poster: Meet Udo Kier in “THE BLAZING WORLD”

The veteran actor dwells in another dimension in this October release.

Vertical Entertainment releases THE BLAZING WORLD to select theaters and on VOD platforms October 15. The movie was written (with Pierce Brown) and directed by Carlson Young, who also stars alongside Kier, Dermot Mulroney, Vinessa Shaw (THE HILLS HAVE EYES), Soko and John Karna. The synopsis: “Decades after the accidental drowning of her twin sister, a self-destructive young woman [Young] returns to her family home, finding herself drawn to an alternate dimension where her sister may still be alive. Through an epic journey down the darkest corridors of her imagination, she tries to exorcise the demons pushing her closer and closer to the edge.” 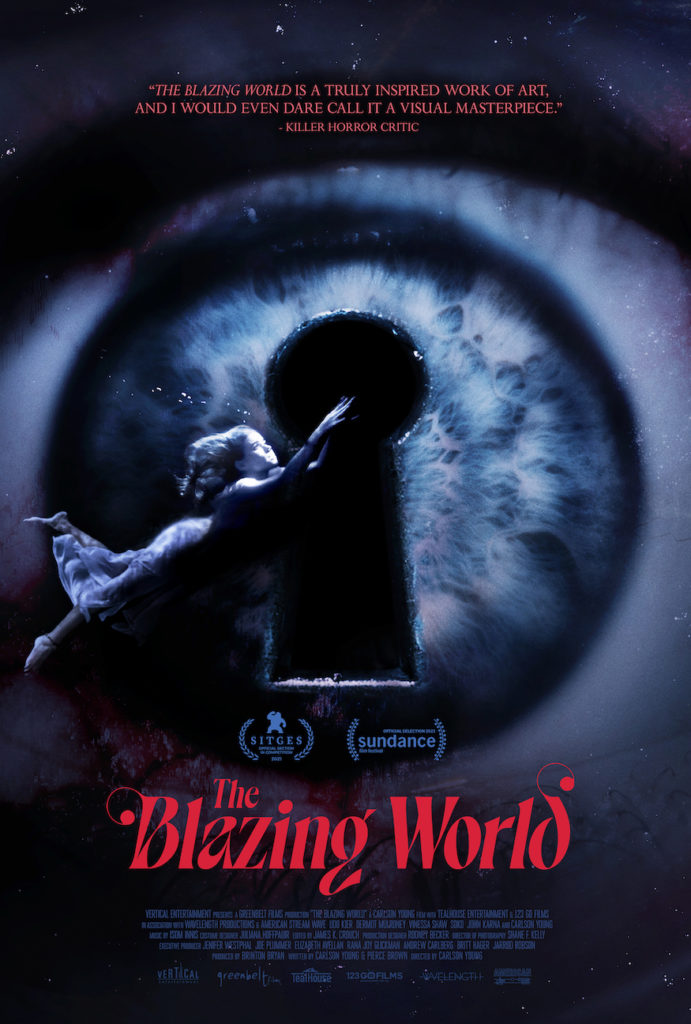