Trailer and poster introduce you to Blumhouse and EPIX’s “THE VISITOR,” from “THE DARK” director

Family secrets just never turn out to be positive, do they?

Paramount Home Entertainment and EPIX have announced that THE VISITOR will be released to VOD and digital platforms October 7, and then play on EPIX beginning in December. A production of Blumhouse Television and EPIX, it was directed by Justin P. Lange (2018’s THE DARK) and written by Adam Mason and Simon Boyes (THE DEVIL’S CHAIR, BROKEN). Finn Jones, Jessica McNamee, Dane Rhodes and Donna Biscoe star; the synopsis: “When Robert [Jones] and his wife Maia [McNamee] move to her childhood home, he discovers an old portrait of his likeness in the attic–a man referred to only as ‘The Visitor.’ Soon he finds himself descending down a frightening rabbit hole in an attempt to discover the true identity of his mysterious doppelgänger, only to realize that every family has its own terrifying secrets.” 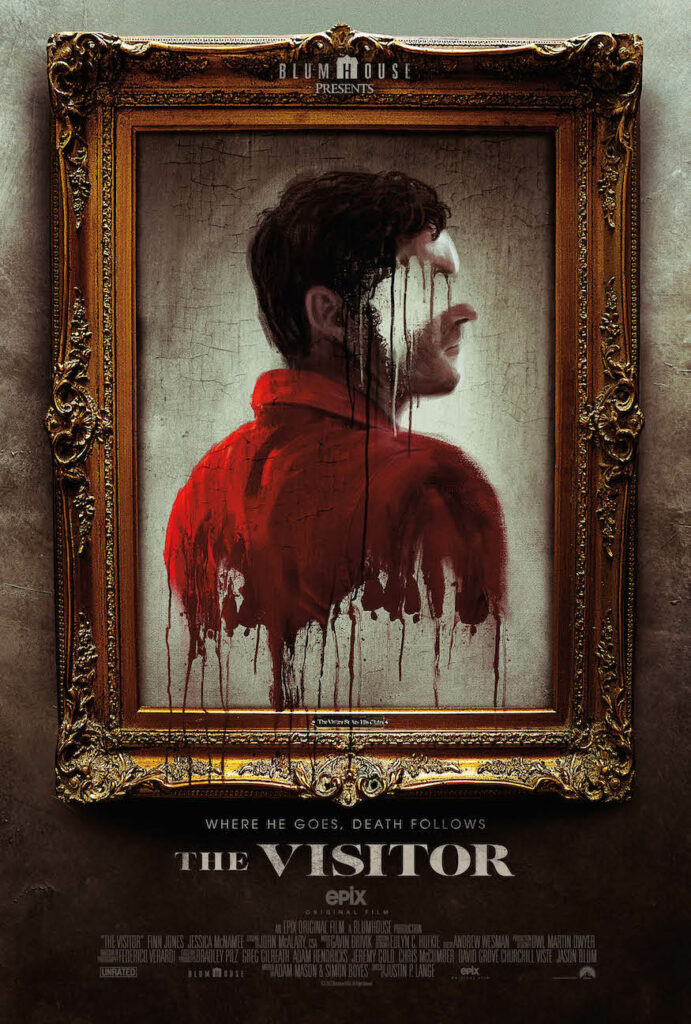