A religious chiller inspired by the true and horrible story of Ireland’s Magdalene Catholic asylums, THE DEVIL’S DOORWAY sees American release next month, and the trailer and poster have just been released.

IFC Midnight opens THE DEVIL’S DOORWAY in select theaters and on VOD July 13. Directed by Aislinn Clarke from a screenplay she wrote with Martin Brennan and Michael B. Jackson, it stars Lalor Roddy, Ciaran Flynn, Helena Bereen and Lauren Coe. The synopsis: “What unholy terrors lurk behind the walls of a secretive Irish convent? Northern Ireland, 1960: Father Thomas Riley [Roddy] and Father John Thornton [Flynn] are dispatched by the Vatican to investigate reports of a miracle—a statue of the Virgin Mary weeping blood—at a remote Catholic asylum for “immoral” women. Armed with 16mm film cameras to record their findings, the priests instead discover a depraved horror show of sadistic nuns, satanism, and demonic possession. Supernatural forces are at work here—but they are not the doing of God.” 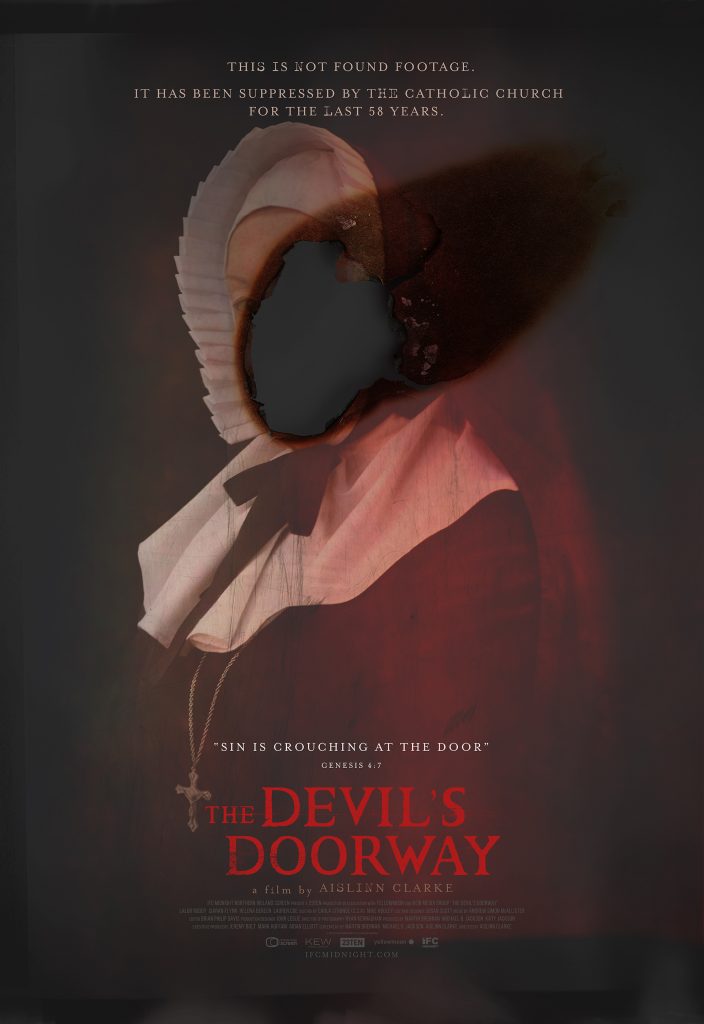