Previously known as a rapper himself under the name Nate Kane, his supernatural thriller now has a release date.

Kyyba Films brings DEVIL’S NIGHT: DAWN OF THE NAIN ROUGE to VOD and digital platforms June 23. Directed by Sam Logan Khaleghi, the film was scripted by Aaron Russman from a story by Khaleghi, based on the titular urban legend of a creature said to haunt the city of Detroit. Jesi Jensen, Khaleghi, Swifty McVay (from Eminem’s hiphop group D12) and real-life police chief Jerry Narsh, playing that role on screen, also star; the synopsis: “A military veteran who returns home works in law enforcement, and she’s assigned to a supernatural case that’s surrounded by urban myth and legend.” 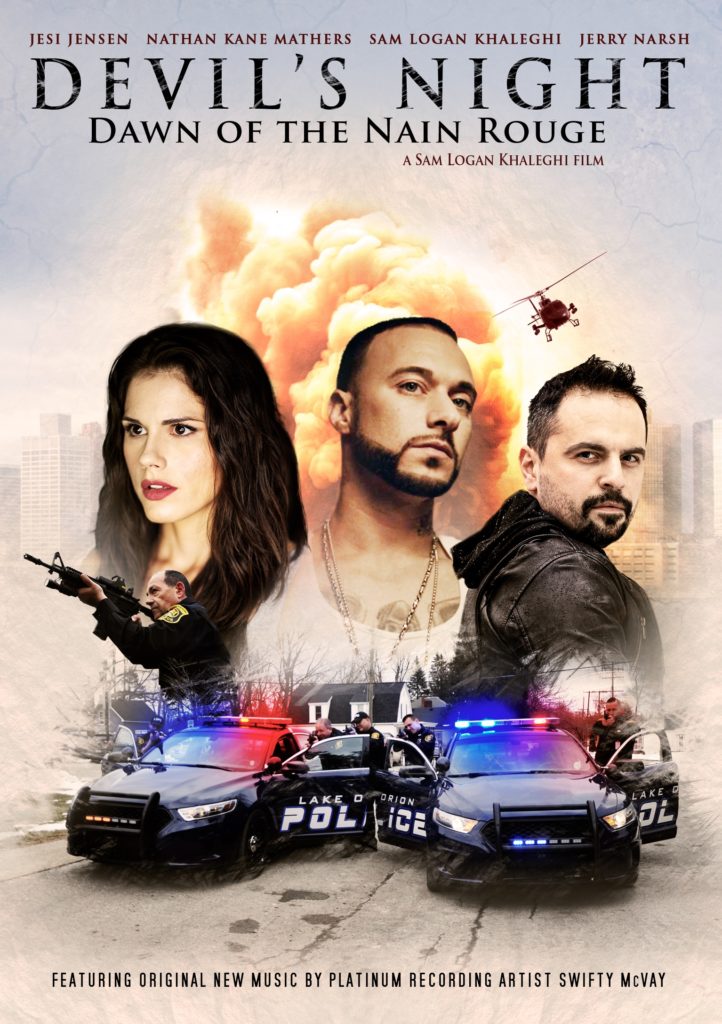