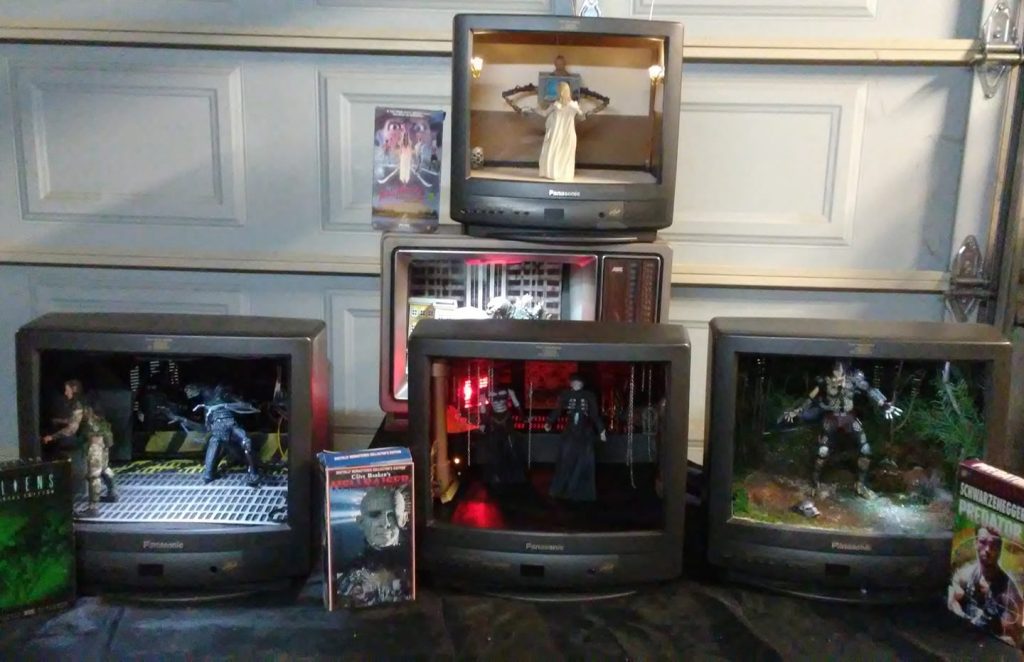 Rickey Williams has an undeniable knack for creating horror-themed dollhouses through classic dioramas which he originally debuted in 2012 to show off his NECA figures. With no formal training in art (armed with limited experience in completing only model kits), Williams set out to create his unique brand of killer DIE-O-RAMAS . His first “Freddy Krueger” inspired piece, was in tow when he attended a convention which Robert Englund was attending. Sparked by the reaction of the gloved icon, Williams was inspired to take this new venture seriously.

Attending more themed events, Williams decided to donate some of his artwork to the Sacramento Horror Film Festival as a prize, the promoters in turn invited him on stage to talk about his art. Shortly afterwards, he was invited to another convention (Horror/FX), and caught the “bug” for these events which he has been doing ever since. 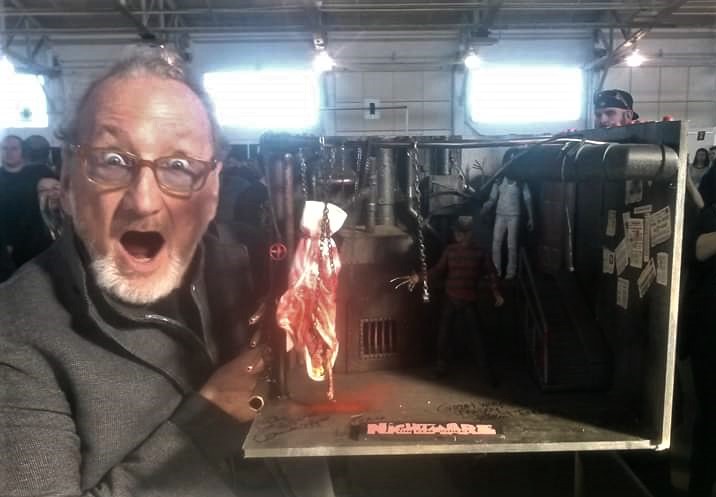 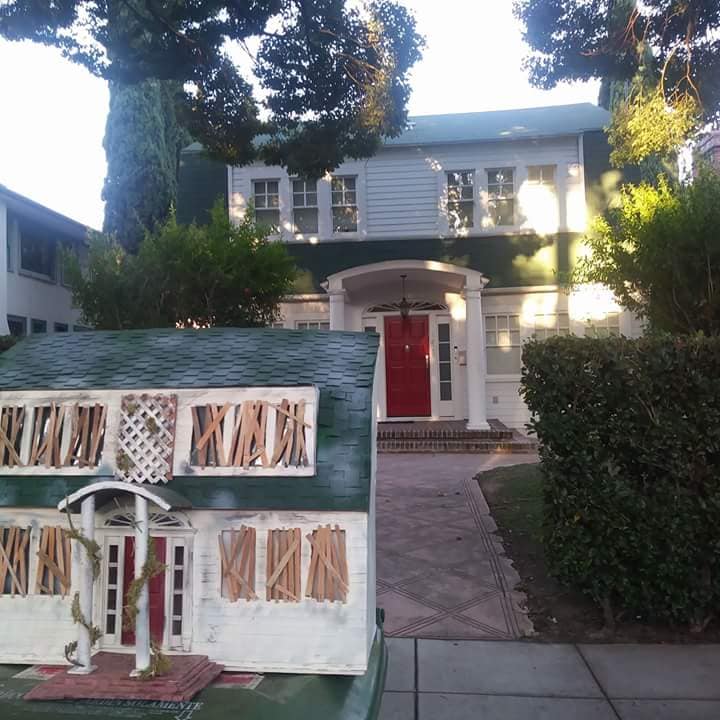 Actual house that was used in filming

Two years ago, Williams decided to attempt a recreation of one of horror film’s famous houses, 1428 Elm Street as a scaled down dollhouse. Celebrities (even a few stars from the Nightmare films) raved about his Nightmare on Elm Street Dollhouse, which led to it making an appearance  in Mick Strawn’s, book Behind the Screams: The Dream Master Revealed. 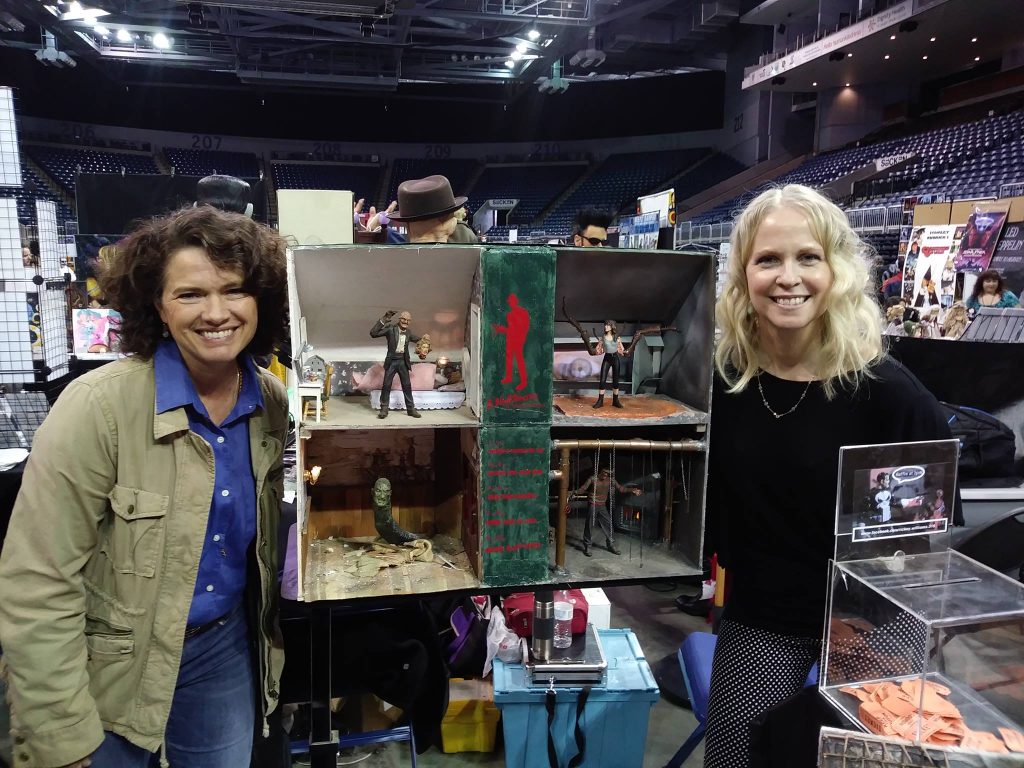 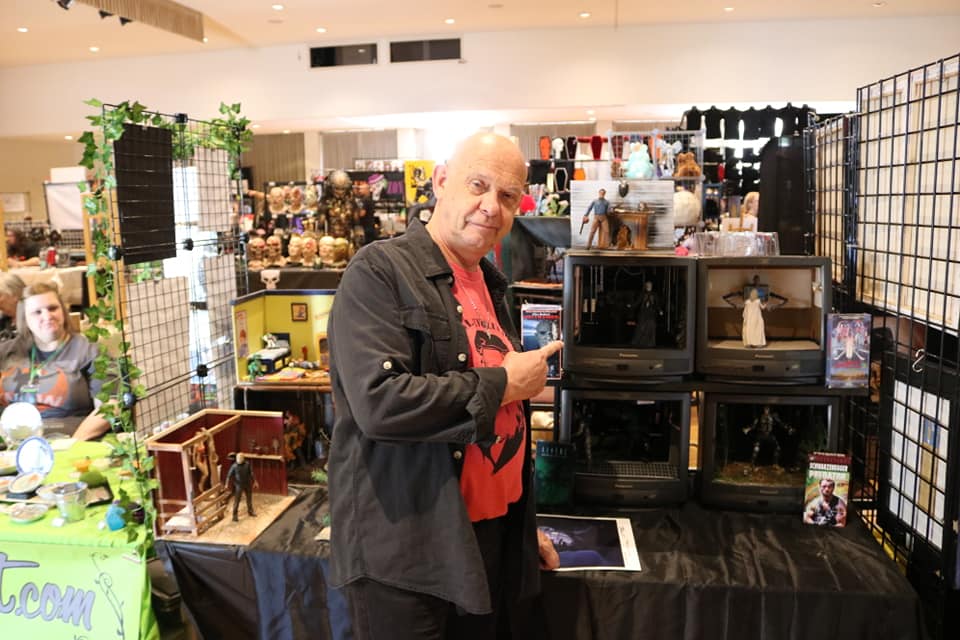 Williams’ talents took over and the Die-O-Ramas proceeded to get more intricate, some being housed in old television frames. These ambitious “TV Die-O-Ramas” (the frames which he acquires from the “junk” TV’s he finds illegally dumped in various places) have been one of the hottest items to check out on the California convention circuit recently, with many different actors taking the time to pose with their movie-themed miniatures, the latest which features that creepy clown Pennywise. 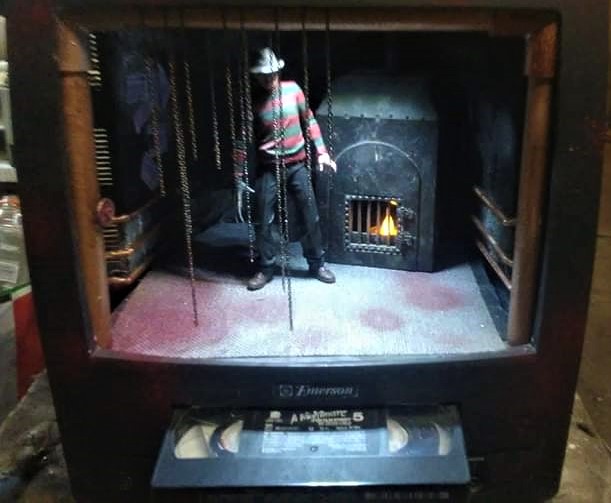 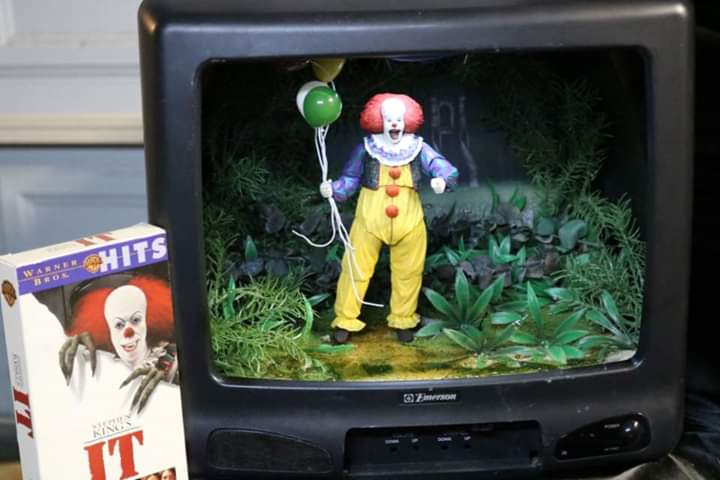 Although a big fan of Krueger and the Nightmare franchise, Williams has shared his take on some of horror films greats in his traditional or TV DIE-O-RAMA art pieces, including Hellraiser, Aliens, Predator, Texas Chainsaw Massacre, Child’s Play and more. Most of his art is up for sale, but the price ranges, due to the rarity of the materials and time spent creating each piece. 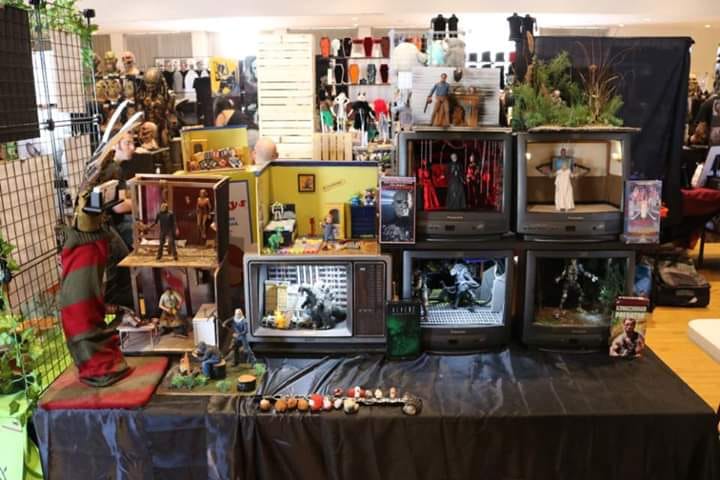