The GAME OF DEATH gets extremely messy in an exclusive excerpt we’ve got from the shocker that sees release next week.

Cleopatra Entertainment brings GAME OF DEATH to VOD July 14. Directed by Sebastien Landry and Laurence Morais-Lagace from a script they wrote with Edouard H. Bond, adapted by Philip Kalin-Hajdu, it stars Sam Earle, Victoria Diamond, Emelia Hellman, Catherine Saindon, Erniel Baez D, Nick Serino and Thomas Vallieres. The synopsis: “Kill or be killed is the golden rule of the Game of Death. Sucks for seven millennials who ignored that rule. Now each one’s head will explode unless they kill someone. Will they turn on each other to survive, or will this sunny day be the last for the innocent people of their middle-of-nowhere town?” See our review of GAME OF DEATH here. 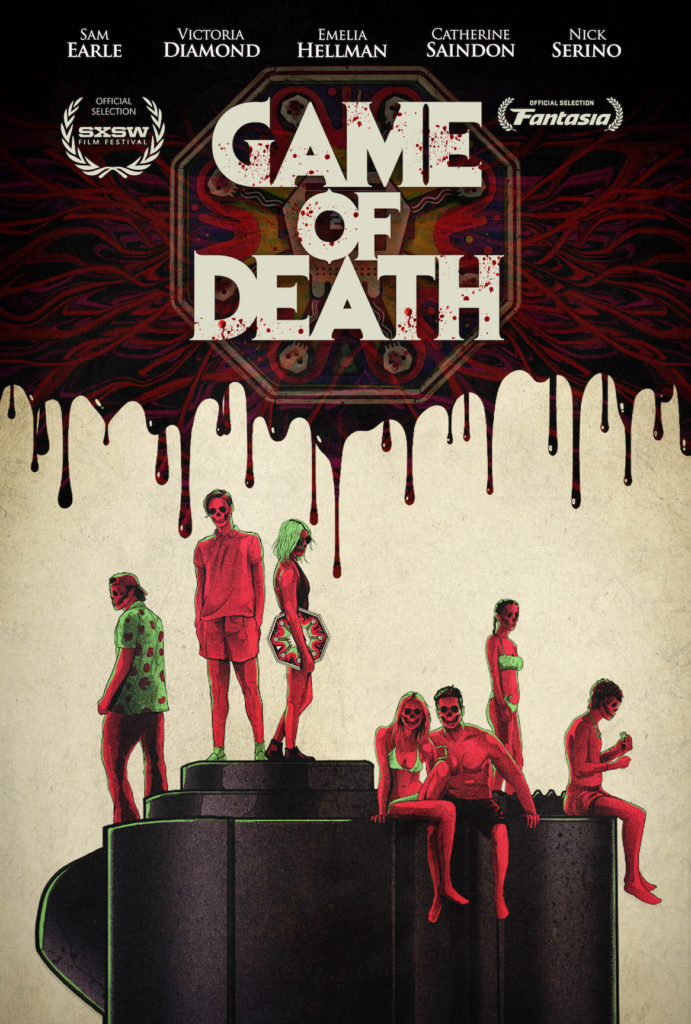