With THE BLAIR WITCH PROJECT enjoying a 20th-anniversary screening at the current Sundance Film Festival, a teaser trailer and poster have been unveiled for director Daniel Myrick’s latest feature.

Myrick, who created BLAIR WITCH with Eduardo Sanchez and went on to helm BELIEVERS, SOLSTICE and THE OBJECTIVE, wrote and directed SKYMAN. According to the official synopsis, the film “documents the story of Carl Merryweather, who believes he experienced an alien encounter at 10 years old and is now trying to reconnect with the UFO at the same location.”

“I’m elated to finally be able to share the first look at SKYMAN on such a monumental occasion—the 20-year anniversary of BLAIR WITCH,” Myrick says. “We’re all curious about the beyond… I’m excited for you to join me on this journey.” SKYMAN is targeting a release later this year; keep your eyes here for updates. 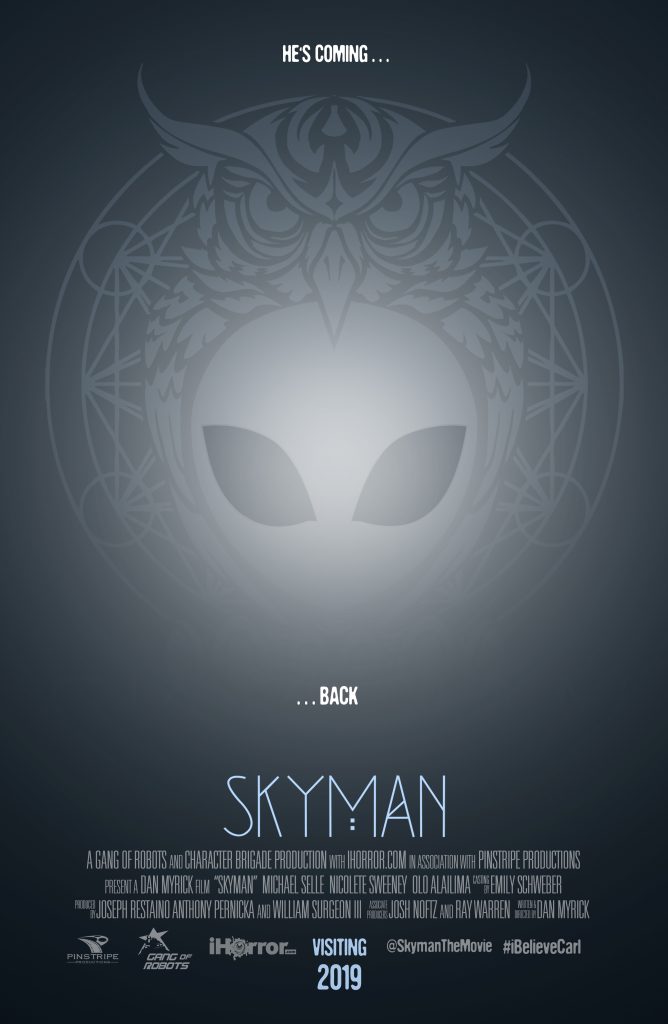