And it’s got a different look for the title character.

Koa Aloha Media, Furious Nerd Productions and filmmaker B. Luciano Barsuglia are currently working on HERBERT WEST: REANIMATOR, a series that, according to the PR, “will follow the journey of the infamous Herbert West as he navigates through a universe of Lovecraftian lore.” Barsuglia further says, “Our goal is to embrace the stories and characters of Lovecraft in ways that will honor the original work, appeal to the millions of Lovecraft fans, and introduce a new generation to the mythos.”

Among the actors competing with our memories of Jeffrey Combs, Barbara Crampton et al. are Zan Alda in the title role, Mike Ferguson, Jed Rowen, Tasha Tacosa, Rachel Riley, Steve Wollett, Jackson Everest, BJ Mezek and Lisa Hinds. Joe Castro will be creating some of the series’ key effects. Production is set to start next month, with the filmmakers hoping to place HERBERT WEST: REANIMATOR with a major network or streaming service. In the meantime, they’ve launched a crowdfunding campaign to boost the production budget; you can see it here. 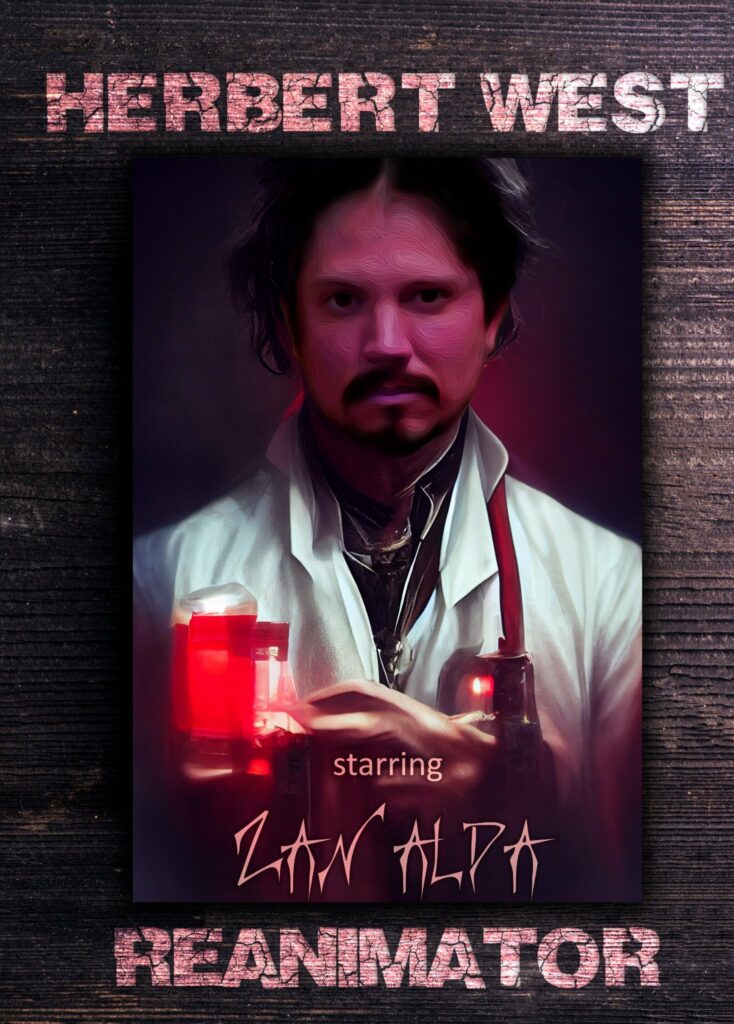