“THE OLD DARK HOUSE” is “FLOWERS IN THE ATTIC” Lite

A tall, dark house in the middle of the Welsh mountains, the only sanctuary for a group of city-bound travelers seeking refuge from a storm. A deformed, mute butler opens the door, and the city folk are greeted by a tall, thin man, shivering from the effort of standing up straight, and his sister, a deaf woman who intends to beat the Jesus into her guests. A door upstairs is locked, and evil laughter emanates from within. And most terrifyingly, everything is in BLACK AND WHITE.

That’s right, this week we’re spooking along with Zacherle in the Sematary as we cover an actual forgotten film, 1932’s THE OLD DARK HOUSE.

THE OLD DARK HOUSE is a gothic horror narrative in the vein of Poe, a Fall of the House of Usher-style chiller with a disturbed and dysfunctional family at its center. Much like the main characters, audiences will feel as if they too are guests in the Femm household, soaking in the deliciously chilling atmosphere Whale sets as they wait for the extent of the family’s depravity to be put on display. The sins of the Femm family are never really explicitly addressed; they are only to be guessed at, as Horace (Ernest Thesiger) and Rebecca (Eva Moore), the heads of the house, drop hints at what might have occurred there. This film was made in 1932, however, so the film can’t quite go full Flowers in the Attic; much is still left up to speculation, with THE OLD DARK HOUSE choosing instead to focus its lens on our group of 30’s yuppies and whether they’ll manage to survive the night. Still, there’s a lot of traditional gothic spookiness to feast your eyes on here, from insane relatives trying to burn the place down, to deformed butlers and decrepit old men spinning yarns of madness. That traditional gothic spookiness is both the film’s strength and its weakness: nothing done in THE OLD DARK HOUSE falls outside the trappings of the gothic genre, with the result being that the film can come off as disappointingly predictable. The film’s idea of extremity is also very different from yours or mine; chances are, the ways in which the film hints at the horrors concealed in the Femm family’s history will not shock or even surprise anyone watching in 2020.

“THE OLD DARK HOUSE is an entertaining if not thrilling piece of dark Halloween chocolate, especially for Universal Monsters fans.”

As far as its messaging, the film seems to be extensively concerned with religion and it’s battle with progress. The inhabitants of the Femm household prefer candles over electric light, dress in old finery and insist on the observance of proper manners, and ridicule Sir William Porterhouse (subtle, movie; also, played by Charles Laughton) for his rat-race centric lifestyle. Rebecca Femm is the keeper of these ways, bossing her weak-willed brother around as she forces her religion down the throats of her guests; she’s very proud of her family’s strong foundation, and ridicules her brother Horace for his lack of faith, as well as harassing Margaret while she changes for being a worldly woman, concerned with looking pretty and other non-eternal things. She is the de facto head of the household, the symbol of the Femm family ways; she is the only one who can command Morgan and trusts in the house (the symbol of her family’s legacy) to keep everything together. Horace, on the other hand, displays resentment towards his family’s religion, along with a fear/awareness of his own stagnation; yet he is trapped, forced to look after his aging father and the other members of his family and unable to leave because the law is looking for him. These characters might have continued in limbo, slowly decaying in peace as their way of life crumbled around them, had it not been for the arrival of our main characters. The presentation of so many contrary lifestyles, the intrusion of the modern world into the Femm family tomb, is what causes their hold on their secrets to crumble and explode in the violence of the film’s climax. (Again, relative violence; this isn’t a Rob Zombie film, after all.) This strangeness, this struggle to stay true to their identity (as perverse and weird as it is) is what underscores so much of the conflict in this film and provides the core of what makes this film so entertaining; if more of it had been explicit, if more of their strangeness had been on display, THE OLD DARK HOUSE might have held up just a little bit better. 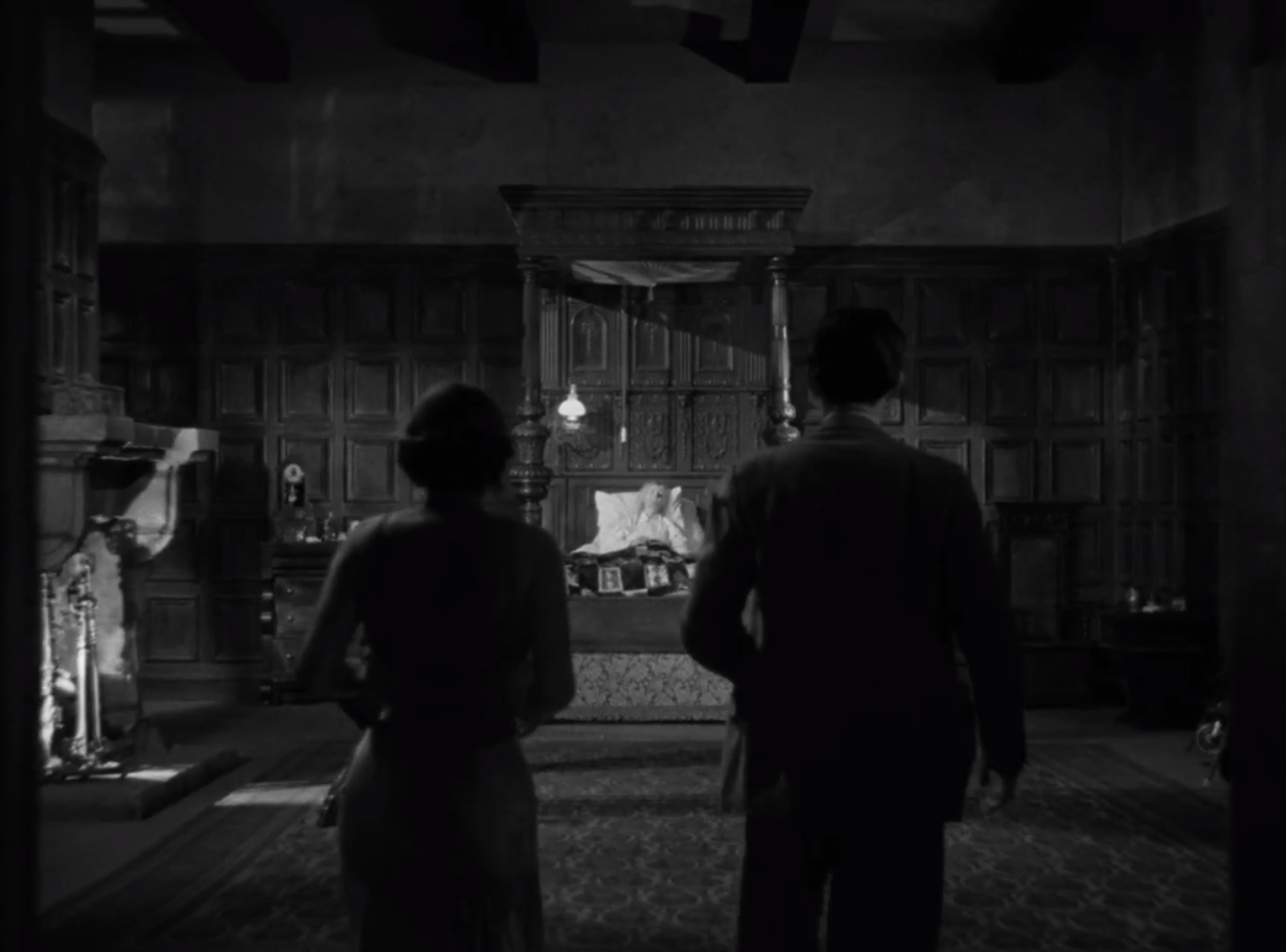 I’ve probably made this film sound a lot cooler than it is. Truthfully THE OLD DARK HOUSE is a morsel with little meat, a piece of Halloween dark chocolate that will appeal to anyone who’s looking for a “vintage” scare. Will you find it terrifying in 2020? Probably not, but you’ll likely find it entertaining; and if you’re a fan of the old Universal Monsters’ movies, THE OLD DARK HOUSE might just prove to be one of your favorite films of the season. I’m giving it a 6.

Hope it sends shivers down your spine.