The new “SUSPIRIA” is coming to digital and disc next month; details and art

After winning raves, rants and lots of discussion surrounding its big-screen play, Luca Guadagnino’s remake of SUSPIRIA is coming to home formats in January. Read on for the full info and cover art.

SUSPIRIA, adapted by screenwriter David Kajganich from Dario Argento’s classic will arrive on digital formats January 15 and Blu-ray January 29 from Lionsgate Home Entertainment. Dakota Johnson, Tilda Swinton, Mia Goth, Chloë Grace Moretz, Elena Fokina and the original film’s Jessica Harper star (“Lutz Ebersdorf,” the pseudonym adopted by Swinton to play a key male role under prosthetics, is no longer listed amongst the leading cast); Thom Yorke did the score and Mark Coulier created the special makeup. The synopsis: “Young American dancer Susie Bannion [Johnson] arrives in 1970s Berlin to audition for the world-renowned Helena Markos Dance Company, stunning the troupe’s famed choreographer, Madame Blanc [Swinton], with her raw talent. When she vaults to the role of lead dancer, Olga [Fokina], the previous lead, breaks down and accuses the company’s female directors of being witches. As rehearsals intensify for the ﬁnal performance of the company’s signature piece, Susie and Madame Blanc grow strangely close, suggesting that Susie’s purpose in the company goes beyond merely dancing. Meanwhile, an inquisitive psychotherapist [“Ebersdorf”] trying to uncover the company’s dark secrets enlists the help of another dancer, who probes the depths of the studio’s hidden underground chambers, where horriﬁc discoveries await.”

Both the digital and Blu-ray editions will be accompanied by the following special features:

Retail price for the Blu-ray is $24.99; see our SUSPIRIA review here. 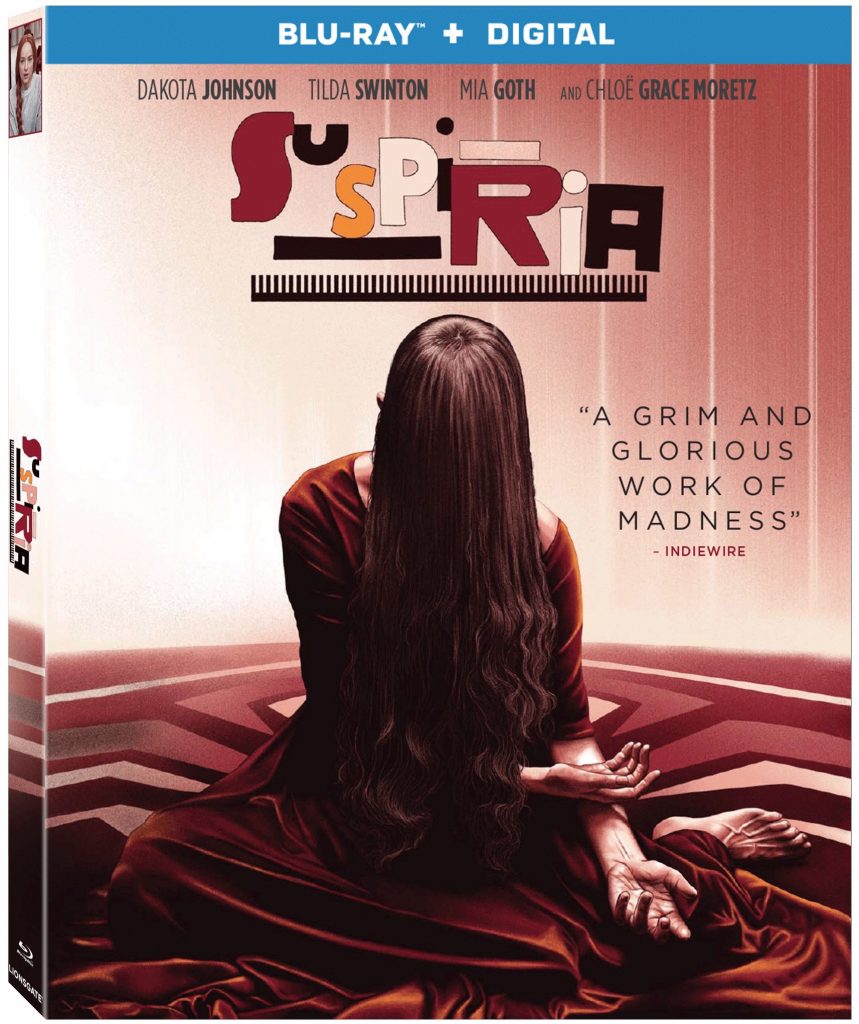