The Knights Templar are back in “THE CURSE OF THE BLIND DEAD”; trailer & poster

Uncork’d Entertainment will release THE CURSE OF THE BLIND DEAD on digital platforms and DVD March 2. Directed by Raffaele Picchio and scripted by Picchio and Lorenzo Paviano, it stars Aaron Stielstra, Alice Zanini, Francesca Pellegrini and Bill Hutchens. The synopsis: “In the 14th century, a group of Satan worshippers, the Knights Templar, are captured during a ritual and brutally murdered by the locals. Just before the execution, the Knights swear to return to haunt the village and the nearby forest. Centuries later, in a postapocalyptic future, a man and his daughter try to survive against both the undead Knights and a sect commanded by a mad preacher.” See our interview with Picchio about CURSE OF THE BLIND DEAD here. 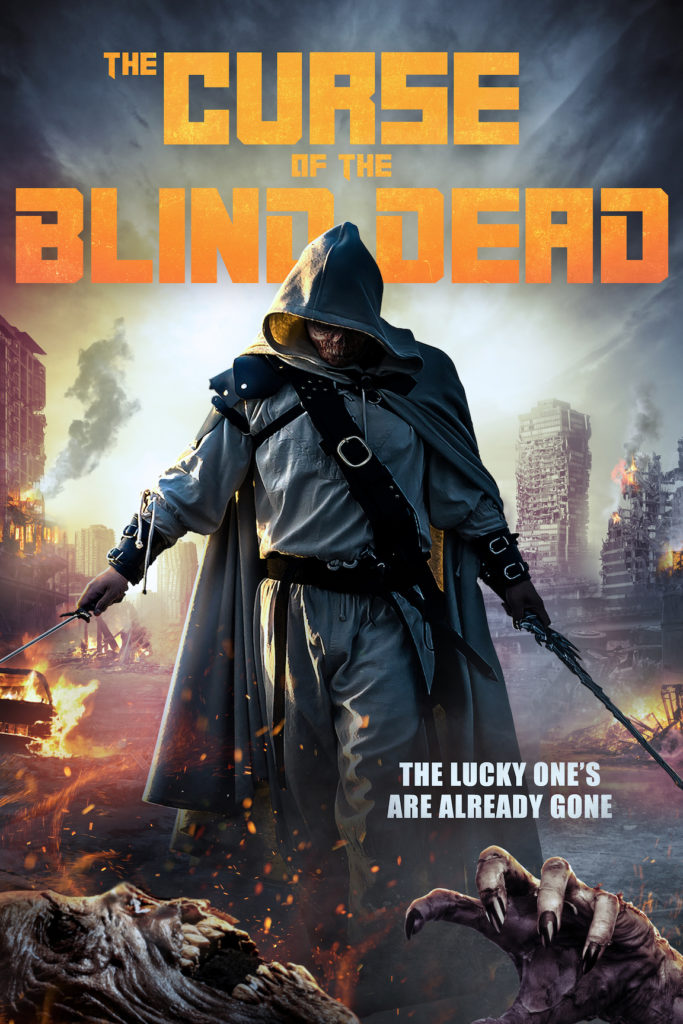