Who’s in the mood for some good, old-fashioned found footage?

I’m doing this review for two reasons: firstly, because I’ve wanted to expand the scope of these reviews and do a whole franchise for a little while now, and I know that these films are much, much better than the Hell House ones (fight me). Secondly, because it’s absolutely criminal that Mark Duplass’ found footage series following a serial killer who just wants to be understood has never been covered on the Rue Morgue website before. And the CREEP movies deserve a little more attention, both because they’re surprisingly effective little flicks in their own right and because together, they tell a story not frequently explored in the genre.

We’ve got a lot to cover, so let’s get into it.

The first movie is a pretty traditional, if solid, found footage flick: Aaron (Patrick Brice) responds to an ad posted online, a request from a recently diagnosed terminal cancer patient (Mark Duplass) to record one full day of his life for his newborn son to view posthumously. Aaron follows Mark Duplass’ character (whose real name we never truly discover) through life-affirming hikes and strange family rituals (tubby time, anyone?), ‘till it becomes clear, with the introduction of a furry-faced mascot, that the strange man’s intentions are not what they seem. The film is compelling and unnerving in its first half, Duplass’ natural charisma creating a convincing façade of trustworthiness while glints of something more infantile and sinister shine through the cracks. The second half of the film… well, it doesn’t quite go where you’d expect, unless you’ve had a stalker yourself. It’s straightforward but powerful, and several subsequent watches have not dulled this film’s ability to make my hackles raise. I’d give it a solid 7. 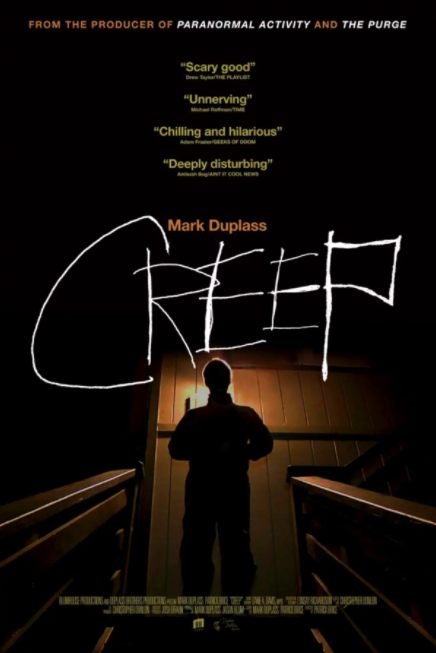 The second movie, however, is what makes this franchise essential, expanding upon the first film’s “portrait of a serial killer” and setting our Creep against a character who is more of a foil than a victim. CREEP 2 follows Sara (Desiree Akhavan), a YouTuber who seeks out and records the lives of people with strange stories; she comes across Duplass’ character through an online ad, only this time when she shows up, he’s shockingly honest about who he is and what he does. This is her chance to get into the mind of a serial killer, perhaps the most prolific one of her time. Having been assured that she won’t be hurt, and looking for the scoop that will propel her to internet superstardom, she agrees to stay… which goes about as well as you’d imagine. 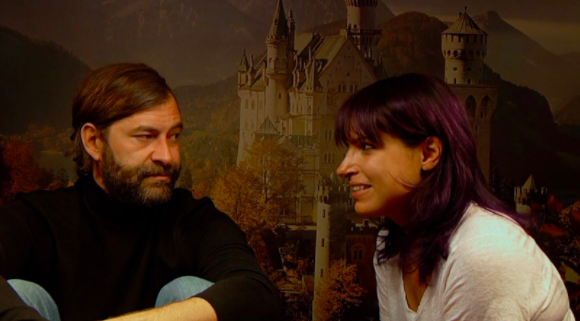 CREEP 2 is notable from the jump for inverting the formula of the first film: Duplass’ honesty from the get-go is disarming, and instead of spending most of our time with an artificial personality that gives us glimpses of the monster within, this Duplass is all teeth, fully realized and comfortable in his own skin. His mid-life crisis and his belief that this recording will be his testimony and his way of telling the world what he has done is all 100% genuine, which makes guessing what will come next nearly impossible. The first movie may have been a pretty standard, if effective, stalker flick, but how often do you get to see a serial killer who’s ready to give up the killing? Who believes there’s no more artistic value to it? Moreover, Sara is (as mentioned before) the perfect foil to Duplass’ character, perhaps the only person in his life who has ever tried to meet him at his level. Early sequences where he tries to frighten her and she faces him unruffled or where he participates in some bizarre ritual only to have her eagerly join him make it clear that, out of all Duplass’ many, many victims, Sara is unique (which, by virtue of that, makes his actions even more unpredictable). Their onscreen chemistry is so fucking fun to watch, and the question of how Duplass’ character arc will end (Will Sara kill him, as he seems to wish? Will he change his mind and kill her, regaining his will to live? Who is he, and are any of the stories he’s telling remotely true?) will enthrall you ‘till the end and make you excited for the next sequel that’s sure to come. I’m giving it a 9. 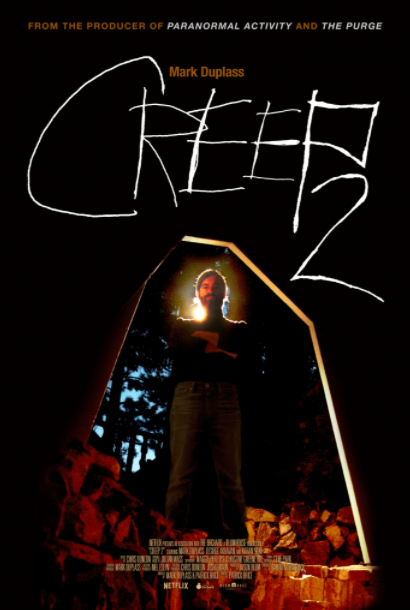 Collectively, that earns the CREEP franchise a solid 8. I think the thing that makes the CREEP franchise so special is its dedication to giving Duplass’ character a solid character arc, one we don’t usually see in the genre. Duplass’ character is frighteningly relatable: his normal human struggles and desires twisted into perversity. The first film explores his desire for companionship, setting him up as a deeply lonely, mentally unstable man whose family (if he even truly had one) has given up on him, while the second film explores a man going through a mid-life crisis, wondering what his purpose is and struggling through a deep, all-consuming depression. And that’s what makes him, and the CREEP films, so scary: viewers are convinced they’re seeing something human, something recognizable and sympathetic, and then the veneer cracks, and they see the full picture of Duplass’ characters’ inhumanity and monstrosity. It’s a neat trick that these films pull off more than once within their respective runtimes, one that’s effective even if you see it coming. You want my recommendation? Make these films a double feature late one Saturday night. You won’t regret it.

This was our last set of Netflix films for a while. Stay tuned for more, as next week we return to Shudder to cover Bava’s The Whip and the Body.