The Boulet Brothers on the Fabulous Filth of “DRAGULA: TITANS”

Get those gag heels sharpened because Dracmorda and Swanthula are back to their filthy tricks in THE BOULET BROTHERS’ DRAGULA: TITANS. Unlike The Boulet Brothers’ Dragula, this Shudder series brings together some of the show’s former competitors to compete for the first-ever DRAGULA: TITANS crown, $100,000, and the headlining spot on the Boulet Brothers’ Dragula world tour. However, the series is not just an all-star collaboration, as it brings in more of a horror host format, a haunted mansion setting – the Underworld, a fitting home for our mothers from hell – and “fright feats” for performers to survive or risk instant elimination. THE BOULET BROTHERS’ DRAGULA: TITANS sees the return of Season 1’s Melissa Befierce, Season 2’s Abhora, Erika Klash, Kendra Onixxx, and Victoria Elizabeth Black, Season 3’s Evah Destruction and Yovska, and Season 4’s Astrud Aurelia, HoSo Terra Toma and Koco Caine. If the “Halloween House Party” opening episode is anything to go by (no, we’re still not over that pig’s head floating in a bobbing for apples challenge) THE BOULET BROTHERS’ DRAGULA: TITANS will unleash delicious mayhem.

One of the chief reasons this series stands apart from other queer reality competition shows of its ilk is its deep understanding of the punk-rock nature of drag. It’s queer artistry that lets everyone be the most celebrated, strange, demented weirdo with as much glitter, bloodshed, or faces as needed. No drag artist has the same approach nor are certain styles valued more than others. Monstrous creations compete with queens, creatures, abominations, and kaiju. In a time when our queer community is facing an increasing reign of terror, it’s a delight to see what horror, drag, filth, and glamour these artists bring to the stage.

Queer acceptance is a core belief underlining the show’s nasty tensions. Yes, performers dial up the drama but without disrespecting identities. “We don’t cancel people if they do something wrong,” Drac told THEM. “We try to be like, ‘Hey, this is why this is an issue,’ and engage and educate them. Not to say that from an arrogant point of view… It’s like, ‘Let me share to you why this is hurtful and why this isn’t a good idea.’”

THE BOULET BROTHERS’ DRAGULA: TITANS debuted its first two episodes on Shudder on October 25, and its eight subsequent episodes will drop weekly on the fabulously creepy streamer to watch … if you uglies dare.

What are the most important elements for you two when deciding to invite a prior cast member back?

DRAC: I think the most significant factor we look for when casting someone to return to the show is evidence of an interesting evolution. We love (and fans would love) to see the artist taking their drag into new and exciting places.

SWAN: Also, the ability and willingness to live openly and authentically on camera is extremely important. The show is intense and wild and audiences want to see raw reaction and honesty. This isn’t always the easiest thing for people who have already seen themselves on television and believe that somehow they can hide who they really are and edit themselves for camera. The irony here is that audiences can see right through that.

What do you think will surprise people the most about THE BOULET BROTHERS’ DRAGULA: TITANS’ challenges and its all-star theme?

DRAC: I think viewers will be most surprised at how we’ve changed things right from the beginning and kept our competitors off-center and on their toes. The surprises, twists and turns never stop coming. 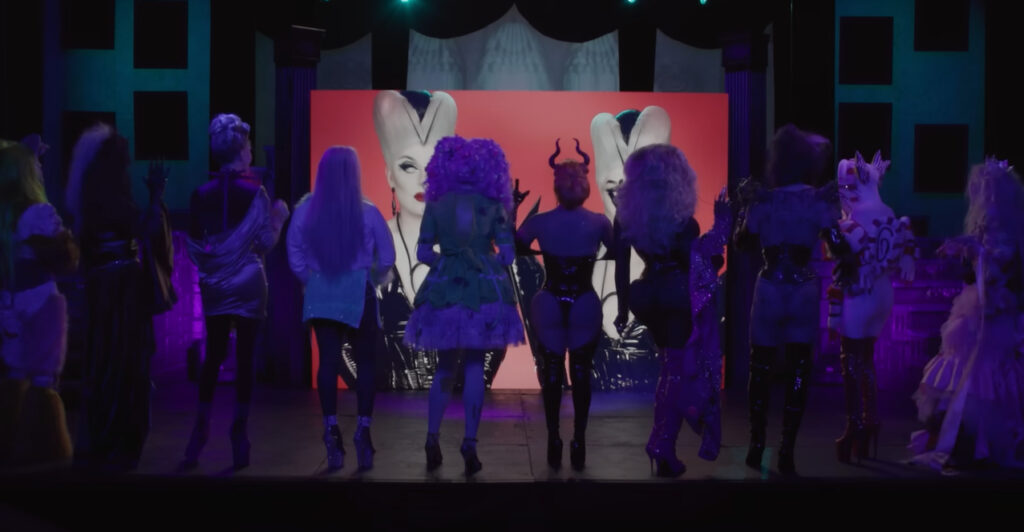 A lot of drag has glamorous aspects to it but, of course, The Boulet Brothers’ Dragula loves to bring the filth as an essential quality for looks and challenges. How do you think THE BOULET BROTHERS’ DRAGULA: TITANS’ take on filth differs from what we’ve seen in the past – especially since these are all drag performers who’ve been on the show before and know the format really well?

SWAN: This group of competitors is responsible for some of the most iconic filthy content to ever come out of The Boulet Brothers Dragula. Expect bodily fluids and affronts galore.

After we got Lindsey Wallace in Halloween Kills and Halloween Ends, I was like, “Who knows, maybe she’ll guest on THE BOULET BROTHERS’ DRAGULA: TITANS too? But more seriously, what do you value and look for in your guest judges?

SWAN: A judge needs to know what they are talking about!

DRAC: Actors judge our acting challenges. Punk legends judge our musical challenges and drag queens judge some of our classically drag-themed challenges. A love for horror, of course, doesn’t hurt, but authenticity is hugely valuable to us in both our competitors and our judges. 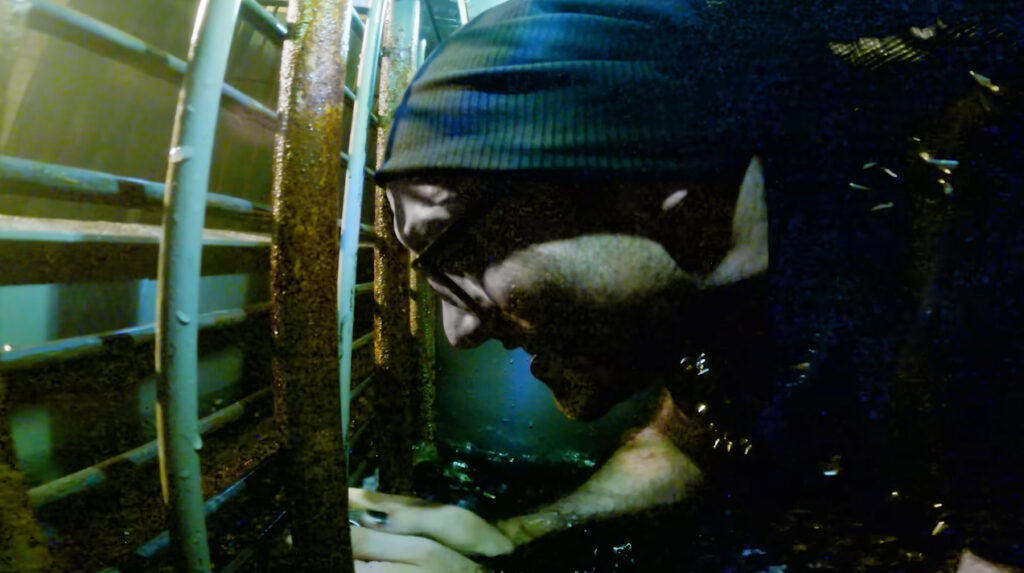 I hear that the stars nicknamed the show “Gagula” due to its twists and turns. What can you tease about how that nickname came up or what jaw-dropping gags are to come?

DRAC: Oh, we loved to hear that word the first time it was uttered. The truth is “curveball” is the default setting for THE BOULET BROTHERS’ DRAGULA: TITANS. Audiences will not have to wait long either. We yank the rug right out from under the competitors within the first 15 minutes of the show and then it never slows down.

I’m dying to see this Underworld set! Who made it for the show? How horribly gross is it?

DRAC: The Underworld set is a dark reflection of the Dragula set that fans are familiar with. It’s more opulent than gross and has an appetite of sorts that we absolutely adore.

This has been billed as a spin-off to the main show’s formula. Do you envision this will be an ongoing all-star show that happens every year? Every couple of years?

SWAN: I think the possibility of returning to the Underworld is absolutely a real one. Of course, if the Boulet Brothers were ever to return, it would never be in the same way twice. 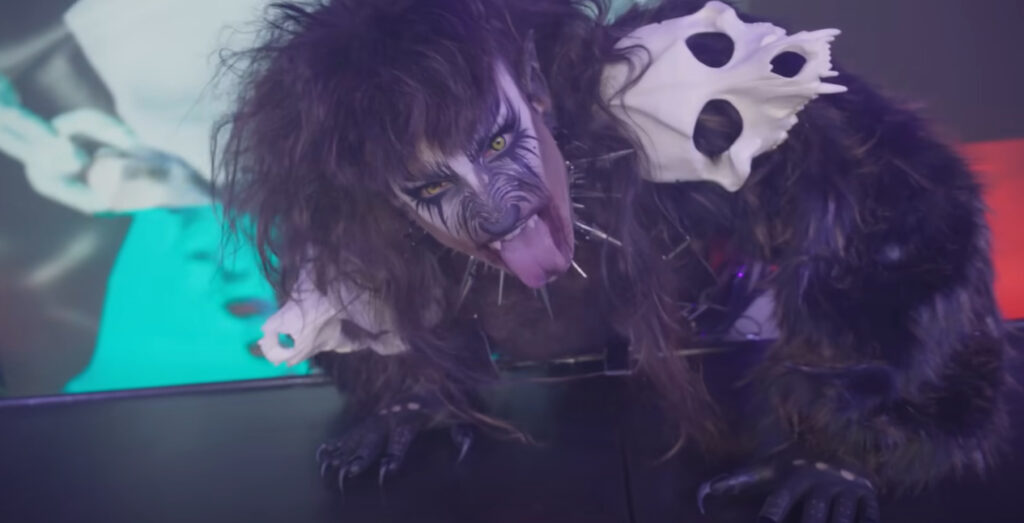 How did your work on THE BOULET BROTHERS’ DRAGULA: TITANS influence where you’re currently thinking you want The Boulet Brothers’ Dragula Season 5 to go?

DRAC: We see TITANS as the final chapter of book one of The Boulet Brothers’ Dragula. It’s a culmination of everything that revolved around the first several generations of drag monsters the Boulet Brothers have introduced.

SWAN: Going forward, we’re looking at Season 5 as the beginning of a new book of Dragula. Take from that what you will.

In a prior interview, I read Swan thought that Julia from Hellraiser – truly one of the saddest things ever is that that villain never got her own franchise – would win at Dragula. Drac thought it’d be Countess Marya Zaleska from Dracula’s Daughter. Which category of Dragula do you think they’d be the strongest in and why?

SWAN: Julia and Dracula’s daughter, the Countess Marya Zaleska, are both such icons! Both of these women have intensity and poise, but this is where the similarities end. The Countess is stately and refined, which are key ingredients for serving up deadly glamour. Both women share a pervasive sensuality, which always helps to maximize allure, but where Dracula’s daughter is seductive and mysterious, Julia is salacious and depraved! Killing men indiscriminately, making cameos in hell and appearing skinless in a power suit –  she’s absolutely filthy and horrifying.