We debuted the poster yesterday, and now there’s a preview of the psychosexual thriller to watch.

The latest film from Jim Cummings, writer/director/star of THE WOLF OF SNOW HOLLOW, THE BETA TEST will arrive in select theaters and on VOD/digital platforms November 5 from IFC Films. Cummings and PJ McCabe co-wrote and co-directed the movie, and the two also star along with Virginia Newcomb, Kevin Changaris, Olivia Grace Applegate and Jessie Barr. The synopsis: “A married Hollywood agent [Cummings] receives a mysterious letter for an anonymous sexual encounter and becomes ensnared in a sinister world of lying, murder and infidelity.” 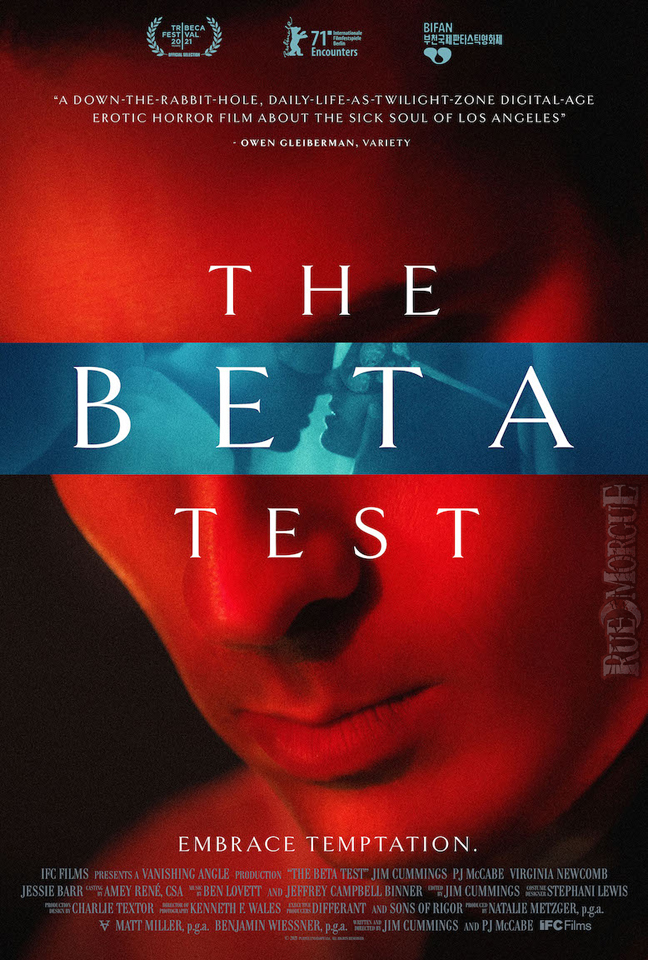