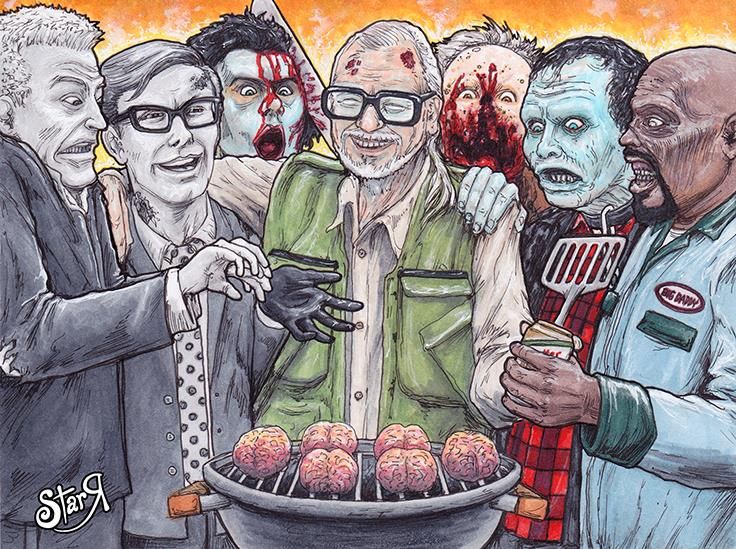 Artists and companies that love horror has been the goal of this column since its inception. This week, we meet Dick Starr, a versatile artist born in Honolulu, Hawaii. Starr has made it his life’s mission to shed a humorous light on the worlds of both pop culture and horror. Exploring his passion for societal obsessions, parody and the macabre, Starr has made a name for himself as an individual who presents a current and whimsical take on the world around us (sometimes in an sick and twisted way) . 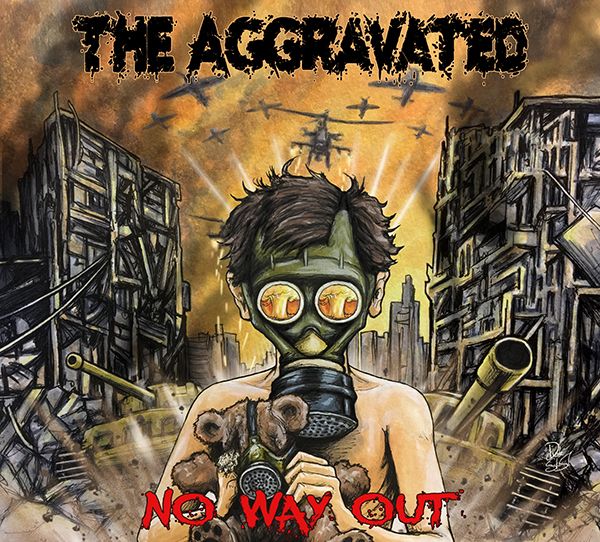 Album cover for the band The Aggravated 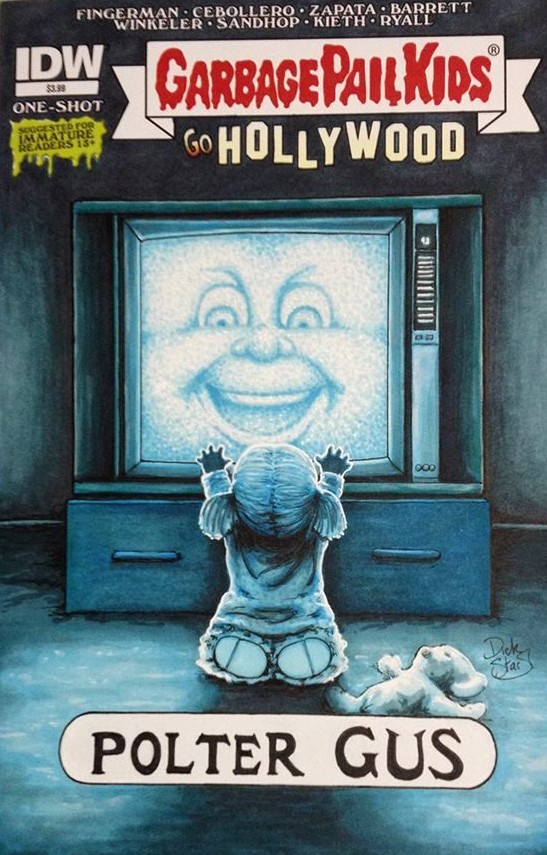 Dick Starr’s work has been featured in a multitude of galleries, event posters, album covers, various magazines, books, and even comics. Heading over to his website you’ll find a humorous take on a celebrity death poll. In this version, you choose the fate of a selection of current celebs. The highest voted gets a complete death scene illustrated by Starr himself. Past winners include comedian Andy Dick, Criss Angel and many more. 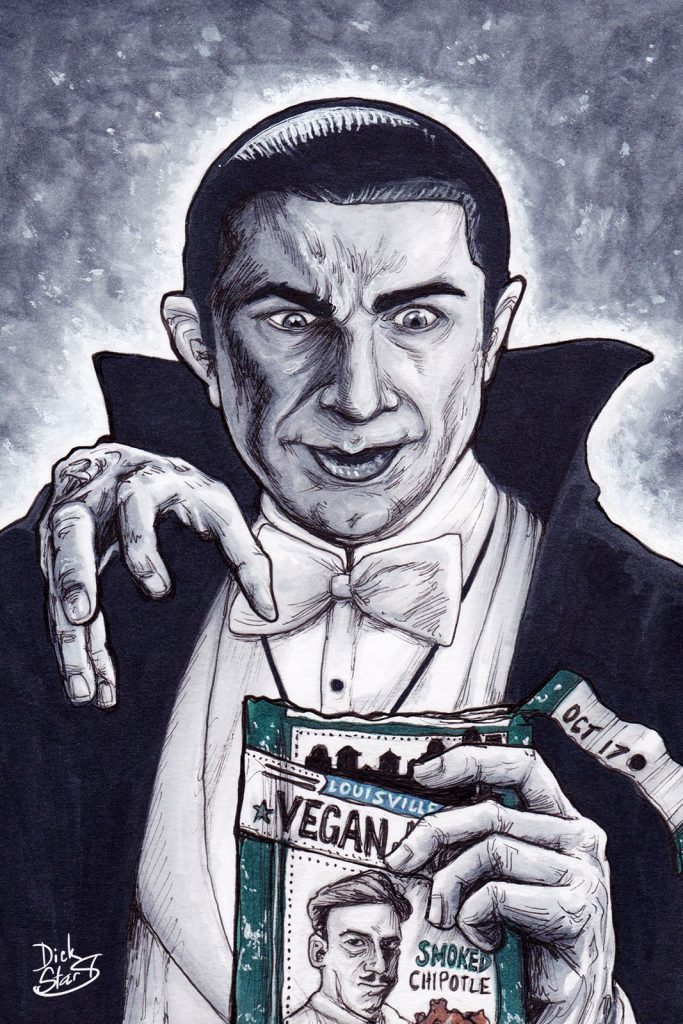 Starr has collaborated with countless other artists (HorribleHomeVideo and creator/artist Justin Parker, and T-Shirt titans, Atomic Cotton), movie directors/producers, and business for custom art work. He currently wears two hats as artist and position of art Director at the Louisville Vegan Jerky Company where he creates engaging and witty art. 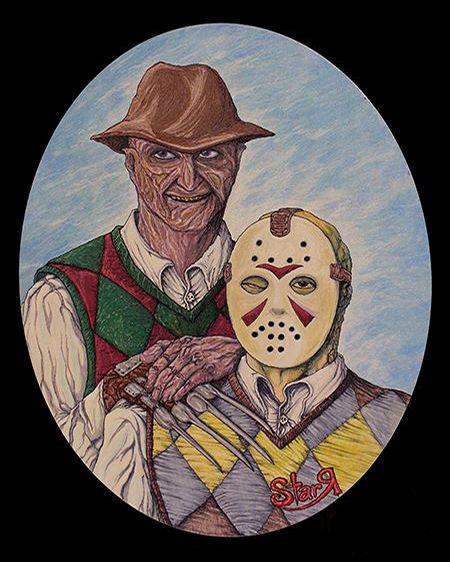 Peruse the Dick Starr web store for a collection of signed prints of varying sizes and prices. A few stand outs include the Creepshow homage METEOR SHIT. Another outstanding print is BLOOD BROTHERS, a print that reworks the artwork for the Will Ferrell and John C. Reilly vehicle Stepbrothers. Starr has replaced the two main starts with two familiar horror icons, Freddy Krueger and Jason Voorhees. 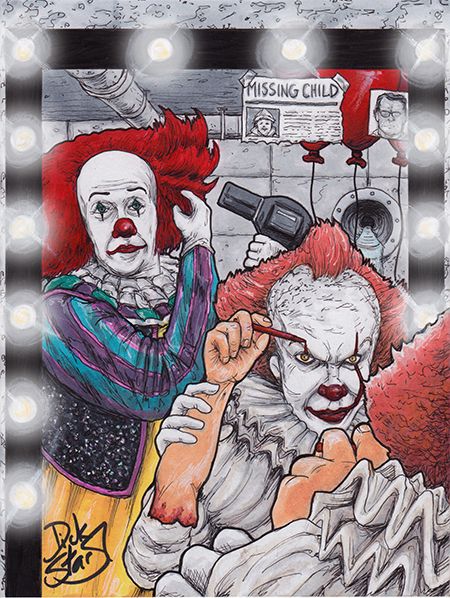 Starr’s devotion to both genres has helped him find a perfect balance of both in all his art and the outcome is pure magic.
Head over to find out more about artist Dick Starr and his endeavors on his website and Social Media accounts