Inspired by true creature sightings, it’s a throwback to ’70s films about Bigfoot and other cryptozoology.

Dark Sky Films has announced its December 7 digital rerelease of THE WILD MAN OF THE NAVIDAD, which originally came out in 2008. Written and directed by Duane Graves and Justin Meeks, it’s based on the journals of Texan Dale S. Rogers and was produced by Graves, Meeks and original TEXAS CHAINSAW MASSACRE scripter Kim Henkel. The cast is headed by Meeks, Alex Garcia, Stacy Meeks, Edmond Geyer, Bob Wood, William “Mac” McBride and Tony Wolford (as the Wild Man); the synopsis: “The film follows Dale [Justin Meeks], his wheelchair-bound wife Jean [Stacy Meeks], and her oft-shirtless, lazy-eyed caretaker Mario [Garcia]. They live on a ranch in the sparsely populated, moonshine-soaked Texas town of Sublime, where Dale’s family has lived for more than five generations. Each night, he sets food out on his porch, but this isn’t for any pet cat–it’s for a mysterious creature that, according to local lore, has inhabited the Navidad River bottom for more than 100 years. Inside, Dale, Jean, and Mario wait in silent paranoia while the house shakes with growls and snarls right outside their door. Though the ranch sits on vast acres prime for hunting, Dale has resisted opening up the land. But after the prodding of some of the rifle-loving townsfolk and the loss of his job, he gives in and opens the gate to the compound. Then the hunter becomes the hunted.” 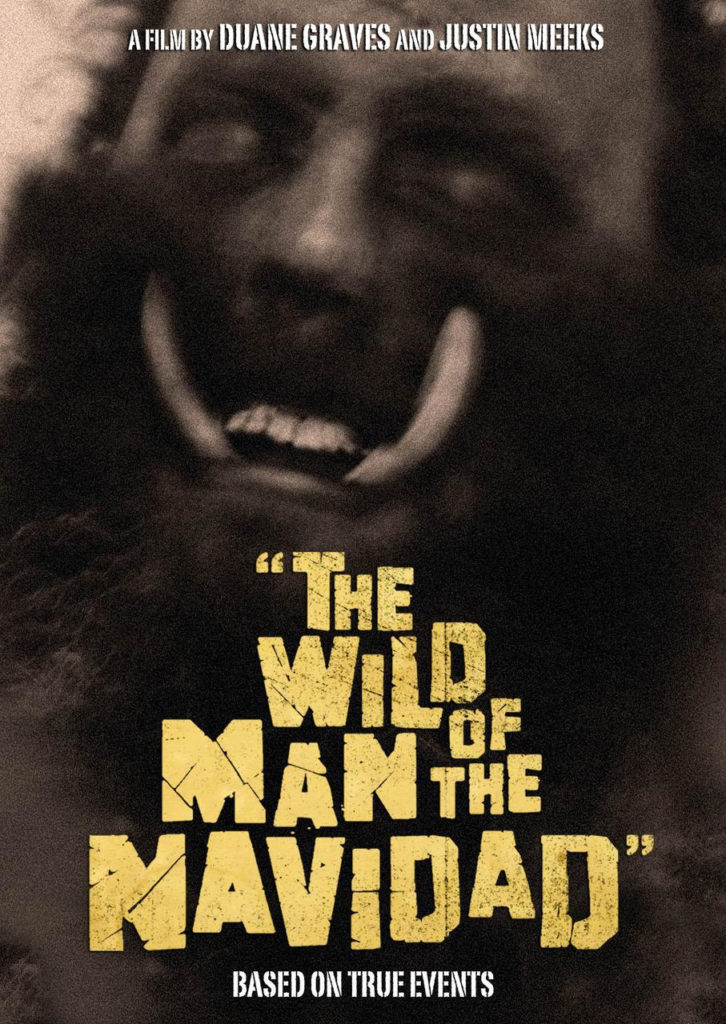