With new filmmakers involved, the Creeper is coming back next year.

Screen Media will be releasing the reboot of the fright franchise, which Timo Vourensola directed from a script by Sean-Michael Argo and Jake Seal. Sydney Craven, Imran Adams, Ocean Navarro, Matt Barkley, Alexander Halsall, Jodie McMullen, Georgia Goodman and Jarreau Benjamin star; the synopsis: “Chase and Laine head to the Horror Hound festival, where Laine begins to experience unexplained premonitions and disturbing visions associated with The Creeper and the town’s past. As the festival gets underway and the bloodsoaked entertainment builds to a frenzy, Laine believes that something unearthly has been summoned for the first time in 23 years and that she is at the center of it.” 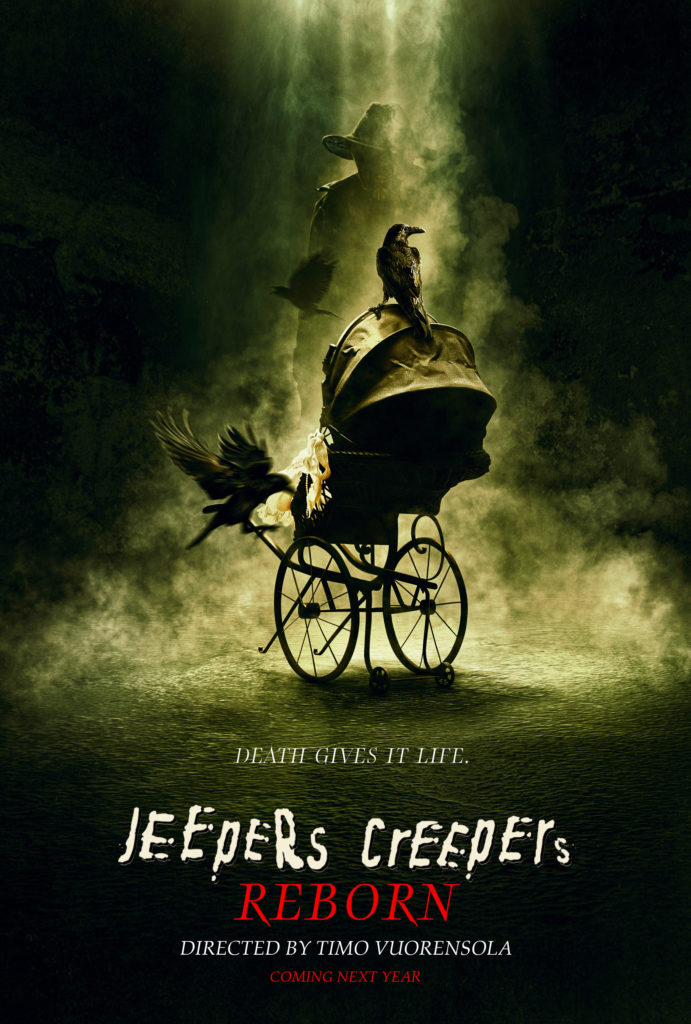