Take a trip into the “SCARE ZONE” with the new trailer

This haunted-attraction-gone-wrong movie was shot at the real thing at Universal Orlando.

Terror Films releases SCARE ZONE on its channel May 27, then gives it worldwide VOD and digital release June 3. Written and directed by Jon Binkowski, it stars Arian Ash, Neal Brown Jr., Michele Simms, Jordan Woods-Robinson, Chris Burns and Simon Needham. The synopsis: “Welcome to Scare Zone, just another strip-mall Halloween Horror House…or is it? From the strobe room to the masked maniacs wielding chainsaws, knives and pitchforks as they chase paying customers through the halls of this haunted maze, it’s one good jump scare after another. However, as terrible things begin to happen and people end up dead, the visitors of Scare Zone think it’s all just part of the ‘show’!”

Binkowski explains how the project came to shoot at one of America’s major fright attractions: “Ever since I first walked through a Halloween haunted house, I’ve had the same dreadful thought: ‘What if a killer has nested in the attraction and, dressed like one of the actors, just walks up and hacks me with an axe…would anyone notice that it’s not part of the show?’ Then, as I was contemplating shooting my first feature film… an opportunity presented itself. The Universal Orlando Resort had built an awesome haunted maze right in the middle of one of their soundstages for Halloween Horror Nights. And, because they wanted to feature the attraction in a late-November theme-park convention, the maze was going to just sit there for three weeks doing nothing. That was my chance to answer my own horrifying question! So, my team and I leapt into action! The script practically wrote itself, and it was a blast shooting for three crazy weeks on the Universal soundstage. Although I always had that nagging feeling someone was going to leap out and hack me with an axe!” 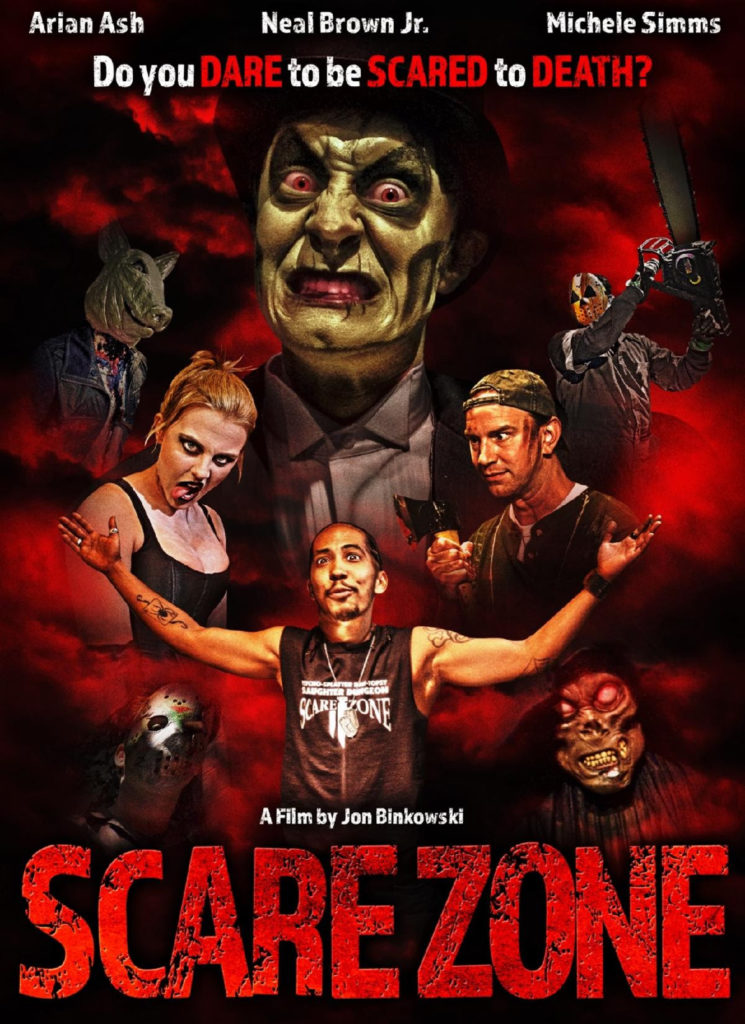