Following its debut at the Cinema Wasteland convention earlier this month, the hi-def disc release of the Spanish classic can now be seen by everyone.

Synapse Films has made its three-disc Steelbook Blu-ray edition of Amando de Ossorio’s 1971 shocker TOMBS OF THE BLIND DEAD available exclusively at its website ($49.95 with free USPS shipping); international orders are being handled by DiabolikDVD. The saga of a group of vacationers terrorized by the living-dead, sightless Knights Templar has been restored in 2K from the original uncut camera negative, and this limited edition (4,000 units) is packaged in Steelbook art by Wes Benscoter and a slipcover bearing the original theatrical poster, plus a booklet with liner notes by film historian/home video columnist Patrick McCabe. The complete specs are:

See comments by Synapse’s Don May Jr. about how this set came together here. 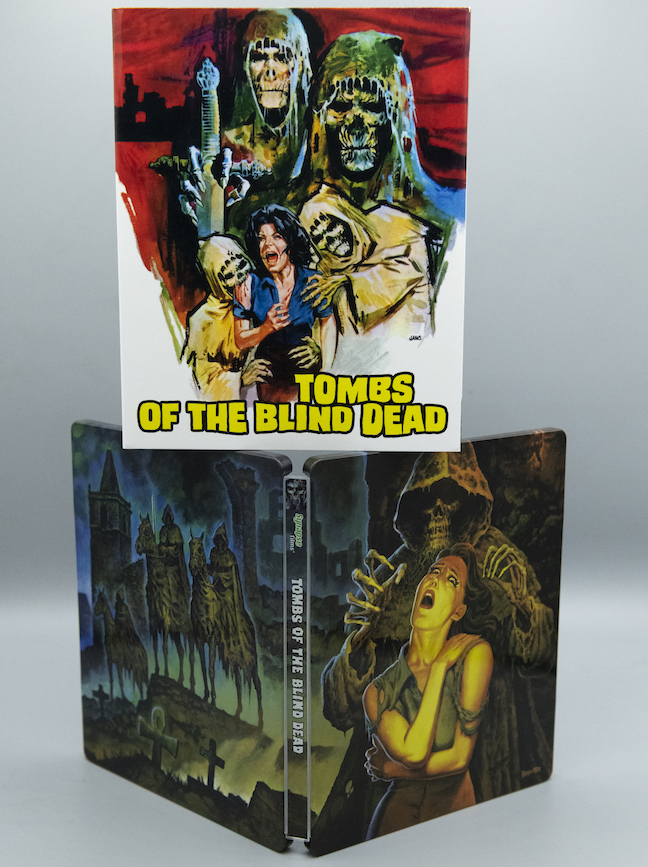 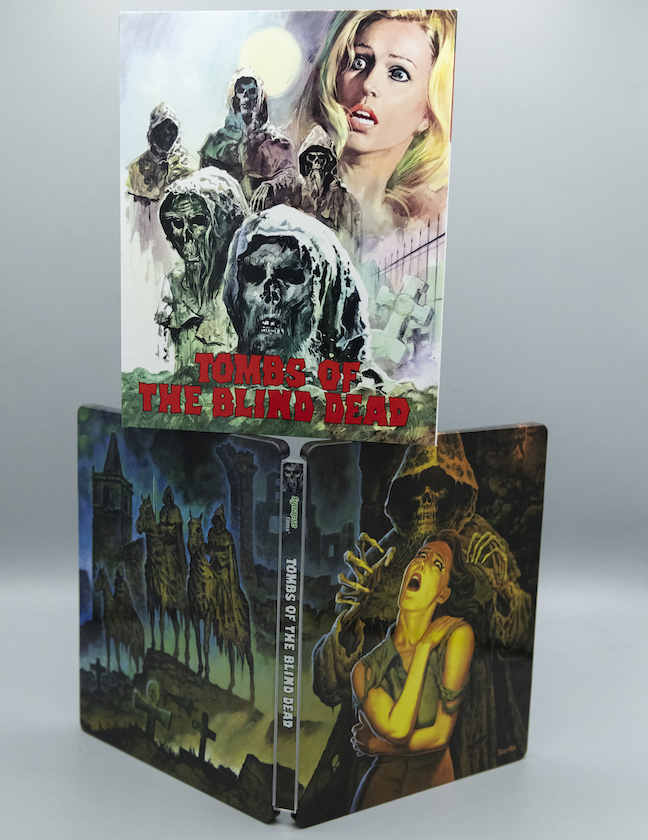