Synapse Films is bringing “THRILLER: A CRUEL PICTURE” to Blu-ray

Now you’ll be able to see Christina Lindberg get her revenge in hi-def.

Synapse Films has begun pre-orders (click here) on its Blu-ray of writer/director Bo A. Vibenius’ THRILLER: A CRUEL PICTURE (a.k.a. THEY CALL HER ONE EYE), with a retail price of $29.95 and a scheduled release date of March 8, 2022. The synopsis: “Growing up mute after a childhood sexual assault, a young girl [Lindberg] spends years working on a remote farm. After missing the bus one day, she is picked up by a suave young man who takes her out to dinner, drugs her and forces her into a life of prostitution. Torn away from home, she rebels against her captor, only to have one of her eyes gouged out as punishment. After learning of the death of her parents, she secretly trains herself in martial arts, defensive driving and gun use! Transformed into a one woman killing machine with a sawed-off shotgun, she uses her new skills to enact bloody revenge on those who’ve done her wrong.”

The all-region Blu-ray will contain the uncut, uncensored movie in 1080p hi-def and 1.66:1 widescreen, in Swedish with newly translated, removable English subtitles and with an alternate English dub track. Special features are:

The disc can also be ordered via DiabolikDVD. 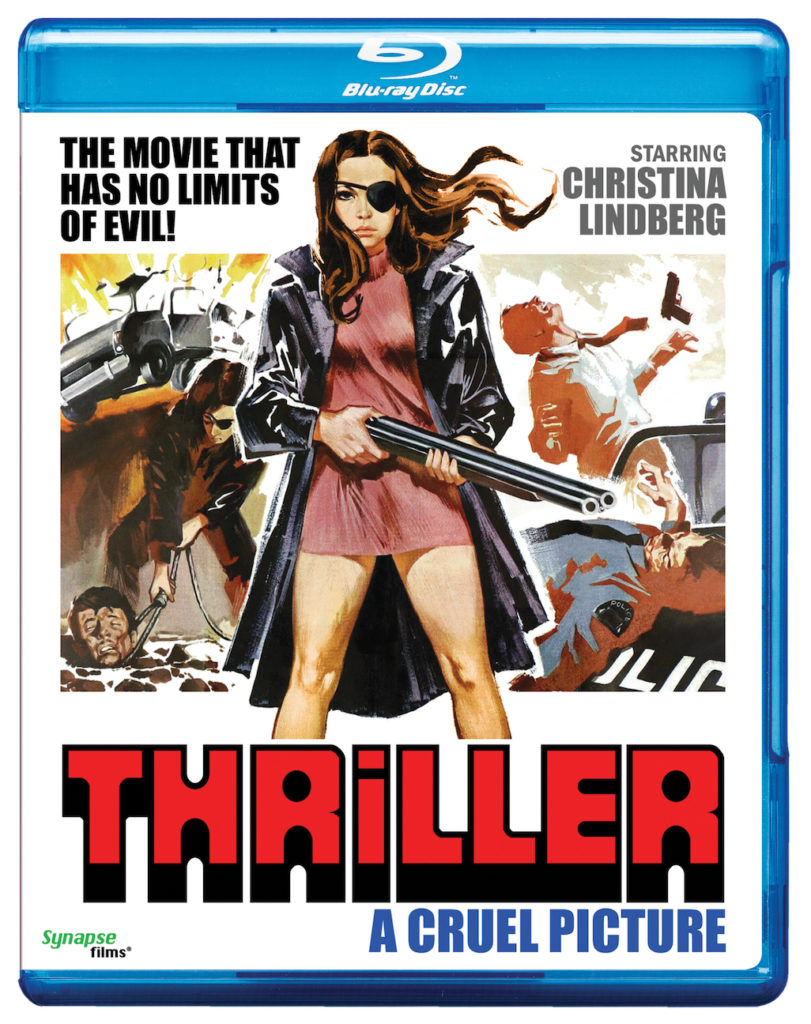 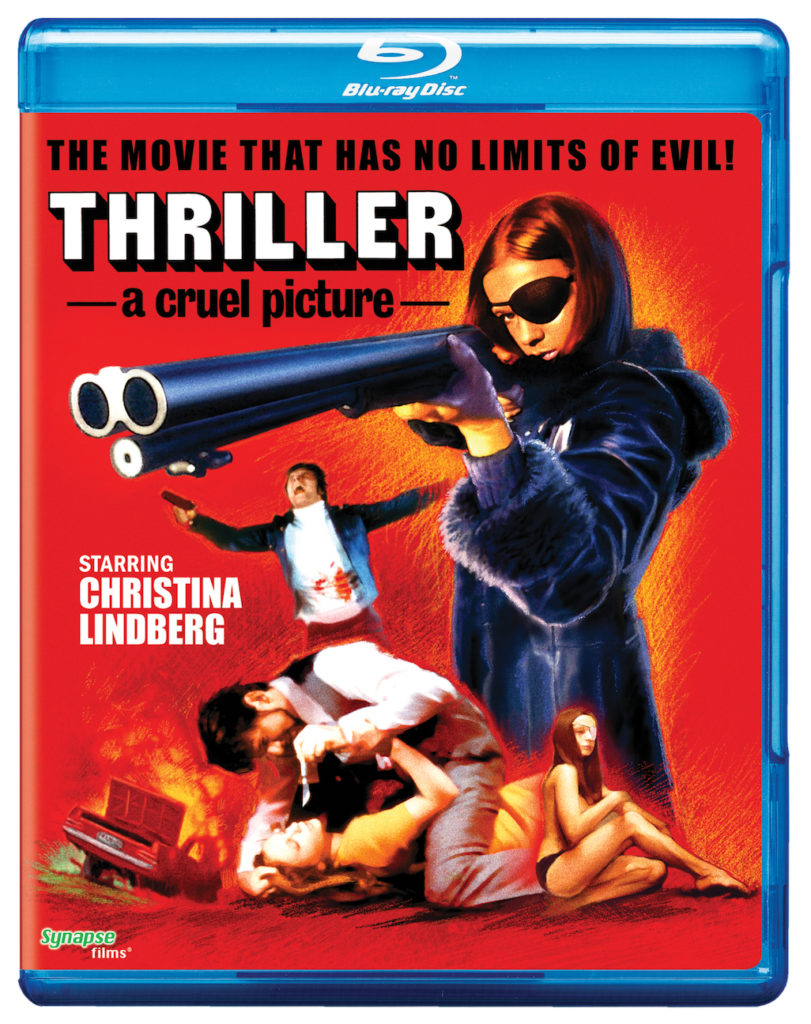