Suzanne Desrocher-Romero on 40 Years of “CREEPSHOW” and the Legacy of George A. Romero

By 1982, filmmaker George A. Romero was, if not quite a household name, a revered cult film icon. Having built a reputation as a modern master of horror with the seminal 1968 zombie classic 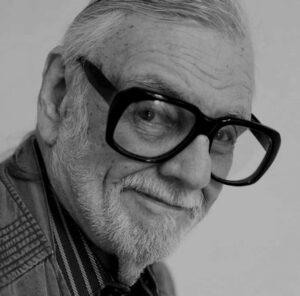 Night of the Living and its gory over-the-top sequel Dawn of the Dead, Romero, at the height of a career that also included such subversive, progressive and revolutionary genre films as Season of the Witch, The Crazies and Martin came to represent the uncompromising spirit of indie horror. Romero’s films were replete with complex ideas and uncomfortable truths about human nature. Nevertheless, beneath the often overt socio-political veneer and Hitchkockian cinematography of Romero’s work was an ever-present sense of pitch-black humor. At heart, Romero was a satirist whose razor-sharp understanding of irony had been honed by the gruesome and controversial horror comics of the 1950s.

When Romero partnered with author Stephen King, the literary juggernaut behind such terrifying bestsellers as Carrie, The Shining and ‘Salem’s Lot, for CREEPSHOW, a loving tribute to such horror comics as Tales from the Crypt, Weird Science and The Vault of Horror, hardcore horror fans were over the moon. This was a pairing of titans, the stuff of which nightmares are born. With Romero’s unflinching eye for graphic violence and King’s unfailing pop-horror sensibilities, CREEPSHOW had all the elements to make it a horror classic. Add in the talents of special effects master Tom Savini, and the film was sure to be a box-office hit.

And, to a degree, it was. Upon its U.S. release, CREEPSHOW earned a respectable $21 million, making it Warner Brothers’ most successful horror title of the year. Still, critical reception was mixed, with many reviewers either praising or criticizing the anthology film’s conceit of being a comic book brought life complete with garish colors and intentionally stilted, schlocky dialogue. As with many genre films, it would take decades for CREEPSHOW to get its due. In celebration of its 40th anniversary, Film Pittsburgh in partnership with the George A. Romero Foundation (GARF) is set to host a special screening on November 16, 2022, as part of its annual Three Rivers Film Festival. Suzanne Desrocher-Romero, the wife of the late filmmaker, recently spoke with RUE MORGUE about the event, the movie and most importantly, the life and legacy of  George A. Romero. 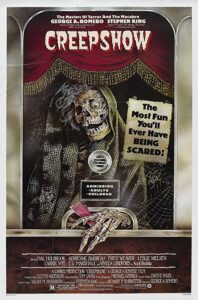 Following George Romero’s death on July 16, 2016, Desrocher-Romero made it her life’s mission to preserve and honor her husband’s memory through the efforts of the George A. Romero Foundation. Supporting indie filmmaking is integral to GARF’s ethos.

“It’s about keeping George’s legacy alive and well,” she explains. “Mostly, what we do is support initiatives with filmmakers and script writing … initiatives that help young, independent people with mentorship and scholarships, you know, just to have that sense of support.”

Of course, as exemplified by the CREEPSHOW 40th anniversary screening, celebrating horror and its impact on culture is an essential part of maintaining George  Romero’s cinematic legacy.

“We try to elevate the horror genre and give it the legitimacy it so deserves. And part of what we do includes the [George Romero] archive at the University of Pittsburgh and then, having the horror study center, which allows scholars to study George’s work and have the materials accessible to them so that they can further their education in this field,” says Desrocher-Romero.

Along with supporting horror and independent film, GARF is making sure that Romero’s work is around for future generations to enjoy. Although much-beloved Romero movies like CREEPSHOW aren’t likely to disappear, many of the filmmaker’s lesser-known films are in danger.

“The big ones get the storage. It’s the small ones that need a little help – Knight Riders, There’s Always Vanilla, Romero’s Elegy, Season of the Witch – all of those films that need to be restored. [We need to] make sure that they’re preserved so that people can see them forever.”

Although George Romero spent his final days in Toronto, he is an indelible part of Pittsburgh’s cinema heritage. A partnership between GARF and Film Pittsburgh was inevitable. With CREEPSHOW’s 40th anniversary on the horizon, the time was right for the two organizations to join forces in a big way.

“We were talking to Film Pittsburgh, and we were looking to get a Romero film in their program. And we just said. ‘Listen, it’s the 40th anniversary of CREEPSHOW, and I think it’s a great idea. So let’s see if we can get some folks to come and see this film.'” 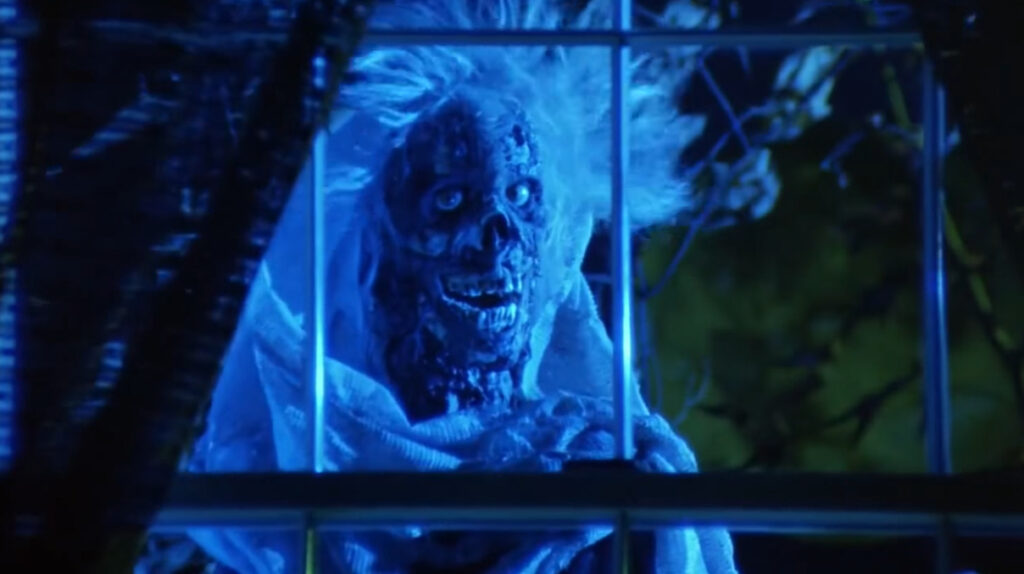 Kathryn Spitz Cohan, Film Pittsburgh’s executive director adds, “It just made sense for us to get together and sort of talk about potential partnerships and collaboration … [George A. Romero] is probably one of the most, if not the most, significant filmmakers from this region. You see the impact on the audience and the interest in the genre. Zombies are a big thing here … I think [local] filmmakers are really interested in the genre as well. Not every city has a 48-hour film festival, let alone a horror, sci-fi genre festival. We have both. That is a manifestation of George Romero’s impact on the city.”

According to Spitz Cohan, the CREEPSHOW 40th anniversary is just the beginning of Film Pittsburgh’s relationship with GARF.

“We’re talking about a long-term partnership with the George A. Romero Foundation and potentially sharing space. We are in the beginning phases of a capital campaign to create our own building, our own theater. And so they are a potential partner with us in this phase. We could potentially see having a museum area honoring [George Romero] within this new space. One thing that I love that Suzanne has said to me over the years is that George was first and foremost, an independent filmmaker. So many people put him solely in this genre space – and that’s true, that’s accurate – but I love that he really considered himself an independent filmmaker.”

To George A. Romero, independence and control over one’s artistic vision were supreme, far superseding fame or money. Although that “art-above-all” philosophy kept him from completely breaking into the mainstream of Hollywood’s elite, Romero’s integrity as a human being always came first.

“I think his No. 1 thing was, ‘Don’t sell your soul,'” Desrocher-Romero says. “Obviously, you need to make money because that’s the way the world goes around, but be sovereign for your art. Control your art … At the end of the day, though, he got to make movies that he wanted to make, for the most part, and most artists, most filmmakers, don’t get to say that. When he did Land of the Dead, which had a big budget – I can’t remember what it was, like $22 million – for the most part, they let him do the movie he wanted, but there were some snags and some obstacles. And then he said, ‘You know, I really want to go back to the $2 million to $3 million range because that’s where I’m happiest. It’s where I can completely control everything.’ He wanted that. He just naturally wanted to control his art.”

While GARF,  Film Pittsburgh and millions of fans have no intention of letting George Romero’s memory slip away, the notoriously humble filmmaker was not so sure of his hallowed place in film and horror history. Shortly before his death Suzanne Desrocher-Romero asked him about his legacy. His response was heartbreaking.

“You know, as an artist, you never really do things to actually impact culture. You just do your work. And then, and then let other people react to it,”  Suzanne Desrocher-Romero says. “Three or four weeks before he passed away, I asked him about his legacy. And he told me – and it’s shocking to me, and it still is – And what he said was, ‘Nobody really cares.’ That haunts me. It haunts me today. I think what he really meant was the business. The business was difficult for him. So part of what motivates me to do what I do for the foundation is that statement. That statement says to me, ‘Oh, my God, I have to prove him wrong.’ I have to prove him wrong every single day … For me, that’s what motivates me. That’s what keeps me doing what I’m doing every day.” 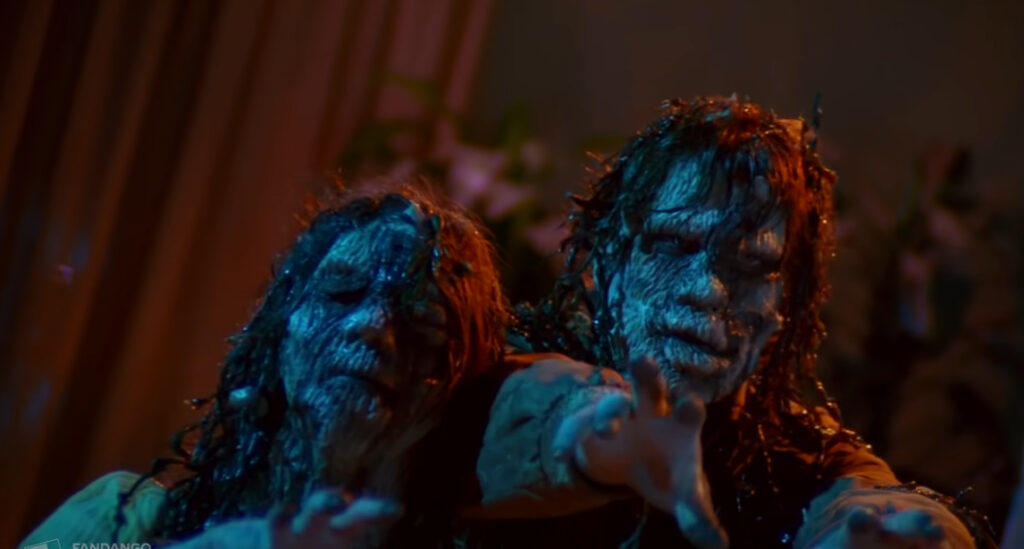 Despite his frustrations with the business side of filmmaking, CREEPSHOW was an overwhelmingly positive experience for Romero.

“[George] really loved the film. He was a big comic book guy. As a kid, he loved comic books.” says Desrocher-Romero. “And he loved monster movies …  And the fact that he was collaborating with Stephen King, for him, it was just like fun, fun, fun. He always wanted to do different things, you know, and this was different from Night of the Living Dead. It couldn’t be more different, and yet, it’s still in the same sandbox. The crew was fun. He said that he always had a really great cast. He was excited about it. It was also his biggest box office success. He was top ten or top five for the first time in his career.”

Looking ahead to the screening, Desrocher-Romero is excited as any horror fan.

“I can’t wait,” she says. “What I mostly can’t wait for is that I’m going to see it on a big screen. I’m super jazzed about that and also commiserating with folks who just love this film. We have the usual suspects like Marty Schiff; John Harrison, who did the music; Tom Savini; Bob Tinnell, who was crew. We’ve got John Amplas (Nathan Grantham’s corpse from the ‘Father’s Day’ segment. So we’ve got some folks coming to hang out with us, and we’re looking forward to it.” 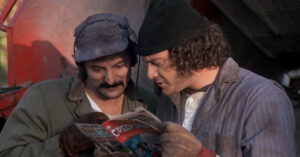 Taking CREEPSHOW’s tagline, “The most fun you’ll ever have being scared,” to heart, Romero alum Marty Schiff, who memorably plays a garbage man alongside his real-life friend makeup master wizard Tom Savini in the film’s hilarious wraparound segments, says of the film, “In a crowded field of horror anthologies, CREEPSHOW remains the gold standard. After 40 years, it still holds up as a quality film. Top-notch acting, top-notch script, top-notch production values and, of course, one of the best from George Romero. It is timeless horror fun at its best. And … of course, the best performances from trashmen in film history!”

Five years after his passing, horror fans still mourn the loss of George A. Romero. In a world that by the day seems more and more like something from one of his zombie films, Romero’s voice and sardonic optimism are sorely missed. However, for Suzanne Desrocher-Romero, the loss of the man she lovingly refers to as her “Scrabble buddy” remains fresh.

“I miss him, too, but in a different way than you guys do,” she says. “You know, it’s an emotional thing for me … He’s still there. His art is still there. The foundation is still there. I mean, we all move on. So, you know, that’s natural. But he’s still with us. He still wants us to stay scared.”

“[George] is still with us. He still wants us to stay scared.” ​ 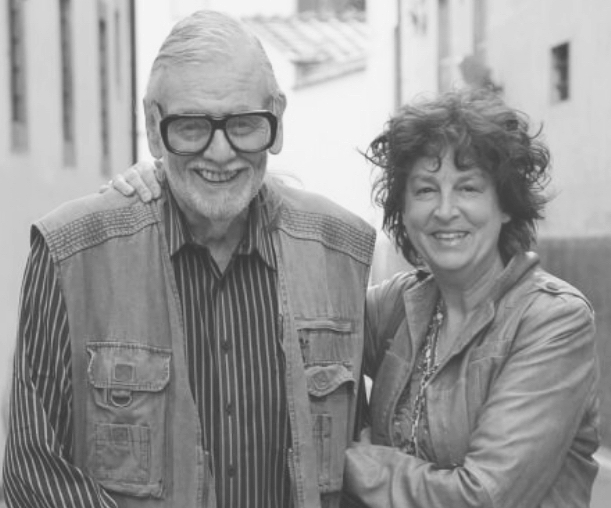