Life and death are child’s play in the movie once set to star Matt Damon.

S&R Films releases MARIONETTE November 3 on Spectrum, Comcast, Cox, DirecTV, Dish, Fios, with exclusive digital play on Amazon and Vimeo; the movie will be available on iTunes, Vudu/Fandango and Google Play December 3. Directed by Elbert van Strien from a script he wrote with Ben Hopkins, based on van Strien’s short DE MARIONETTENWERELD (nominated for a Student Academy Award), it stars Thekla Reuten (in the role originally intended for Damon!), Peter Mullan, Elijah Wolf, Emun Elliott, Sam Hazeldine, Bill Paterson, Rebecca Front and Dawn Steele. The synopsis: “In the wake of losing her husband in a seemingly random accident, child psychiatrist Marianne Winter [Reuten] starts life anew in Scotland. There, she begins treating a secretive 10-year-old [Wolf] who claims to control the future through his drawings. When his horrific sketches start coming true, Marianne begins an obsession that will derail her life and reality.” 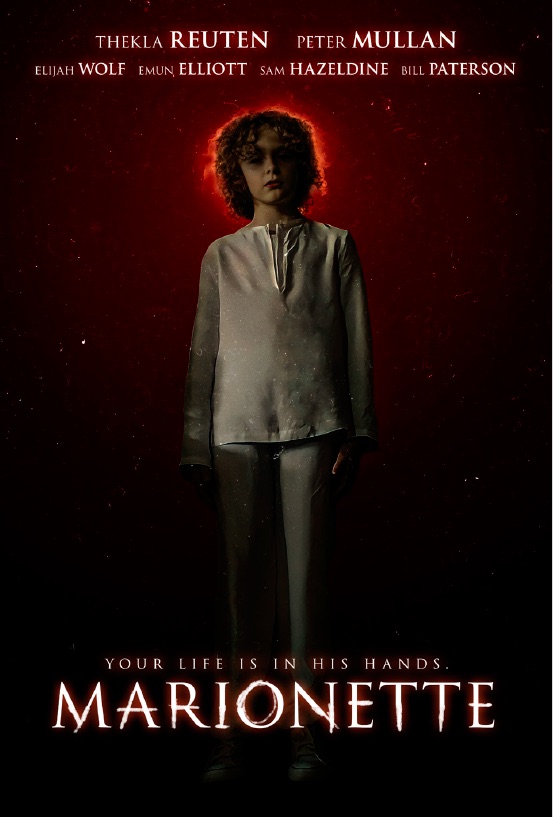