Sundance horror hit “NANNY” gets a new trailer and poster

It was the first fright feature to win the Sundance Film Festival Dramatic Grand Jury Prize, and it sees release this winter.

The Blumhouse-backed NANNY, writer/director Nikyatu Jusu’s debut movie, will open in select theaters November 23 and then come to Prime Video December 16. Anna Diop (US), Michelle Monaghan, Sinqua Walls, Morgan Spector, Rose Decker and Leslie Uggams star. The synopsis:  “In this psychological horror fable of displacement, Aisha [Diop], a woman who recently emigrated from Senegal, is hired to care for the daughter of an affluent couple [Monaghan and Spector] living in New York City. Haunted by the absence of the young son she left behind, Aisha hopes her new job will afford her the chance to bring him to the U.S., but becomes increasingly unsettled by the family’s volatile home life. As his arrival approaches, a violent presence begins to invade both her dreams and her reality, threatening the American dream she is painstakingly piecing together.” 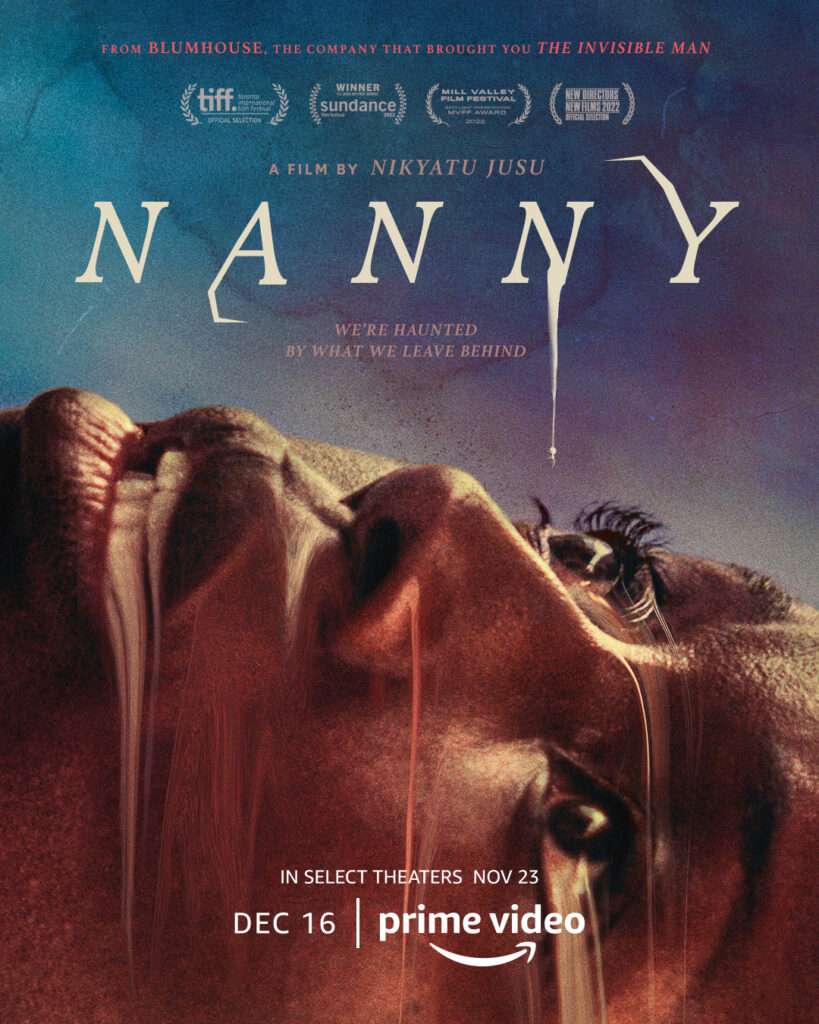