Do you feel it–the recent shift in the universe that’s hinting towards a return to normal life? Of course, horror fans aren’t really about “normal”, so we’re going to need a flood of new spooky, gory, and downright disturbing content right quick. The best way to do so? By supporting up-and-coming writers, artists, filmmakers and more, of course. Check out the crowdfunding projects below and help a creator’s post-pandemic career start on a high note. 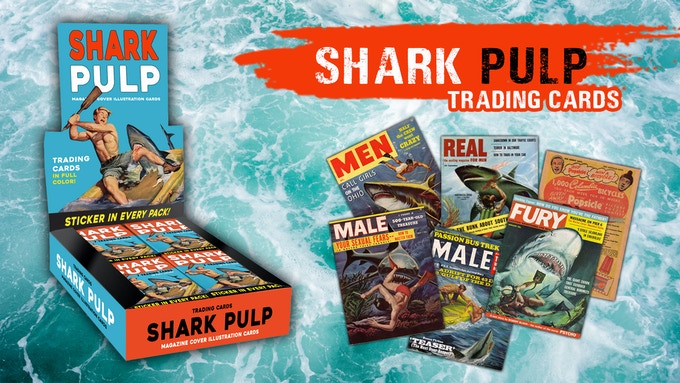 Summer has arrived, and it’s time to think about sharks again! Of course, some enthusiasts never stop and to those of you we say listen up: Shark Pulp Trading Cards are here, celebrating adventure magazines of the 50’s in all their toothy cover art glory. Besides being chock full of nostalgic beasts, each pack features vintage advertisements, and a sticker card. 50 digitally restored cards are available in total, along with 9 stickers. Collect them all!

Director Bill Posley is a big fan of horror, but never saw himself properly represented on screen. While the genre typically sees black characters killed off first, Posley’s film Bitch Ass flips the script by giving rise to the first black, masked serial killer. After years of bullying and a near death experience at the hands of a street gang, young Cecil (called Bitch Ass) returns to his hometown to enact revenge on his tormentors. Committed to bringing diversity to horror, the film takes place in a black neighbourhood and employs an all-black cast. 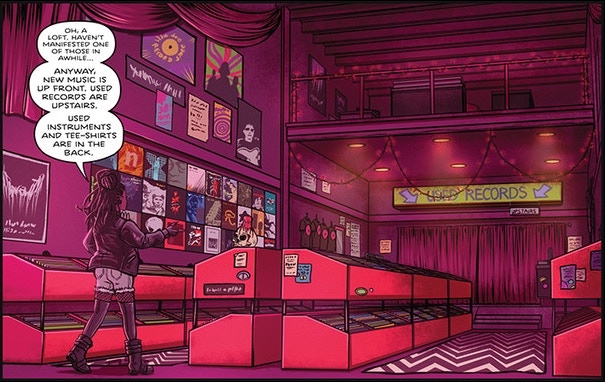 A horror comic about music, Dead Beats 2: London Calling is a collectors’ dream. The 160 page full-colour anthology features 20 stories that revolve around a record shop in London. Original editors Joe Corallo and Eric Palicki have returned for this second series, working with a team of over 40 creators. Contribution levels offer fans the digital and print versions, as well as bundle packages with the first Dead Beats issue.

A bad breakup can truly change a person, as evidenced in the horror/comedy/romance flick, Live.Laugh.Die. When hapless loser Steven finds himself alone after a failed proposal to his girlfriend, he battles his dark inner counterpart Joe while attempting to rekindle his former relationship. However, he accidentally becomes a fumbling serial killer instead–you know how it goes.

It’s the post-apocalyptic future and the last remaining humans on earth have been left to die of thirst in the desert. Desperate, one goes out in search of water, but when he returns with his haul, he’s not the same…Sci-fi horror movie Transmission is the brain child of industry veterans Brad Goodman and Jim Suthers. Aiming to release a full length movie, they’ve put together a short version of the story to secure funding. Like what you see? Help make the feature film a reality.