Uncork’d Entertainment and writer-director Tommy Faircloth invite you to learn the frightening truth about Sister Monday in, A NUN’S CURSE!

On a weekend trip, a group of friends are forced to seek shelter inside an abandoned prison where a nun named Sister Monday had once been assigned. During her time at the prison, Sister Monday was suspected of killing prisoners who were serving out their sentences but before she could be questioned, she disappeared. Once inside the prison, they will learn the terrifying truth… 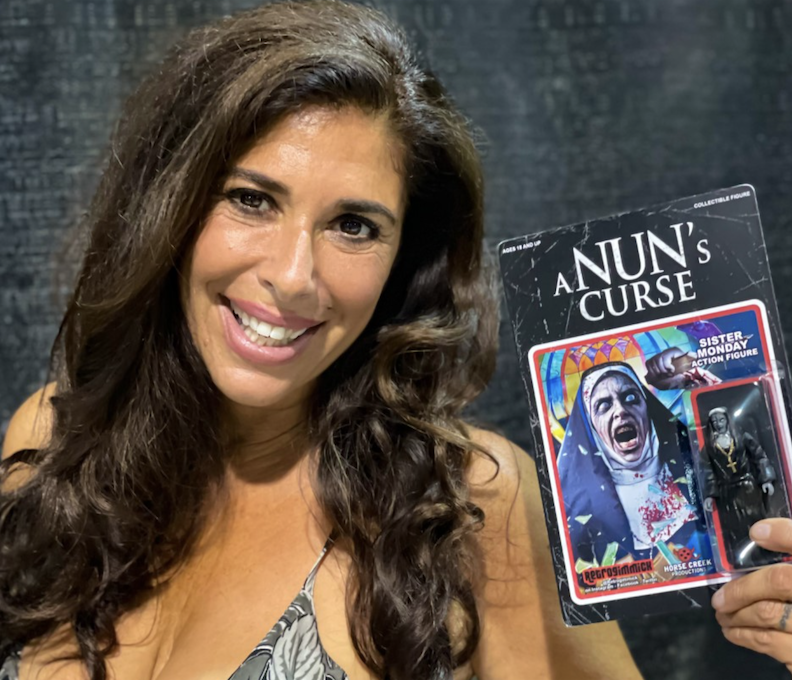 Now available for free on Tubi, the film stars Felissa Rose as the sinister servant of God. To celebrate the film’s premiere on the platform, Uncork’d Entertainment is offering new subscribers a chance to take home their very own miniature Sister Monday from Retrogimmick Toys, signed by Felissa herself!

Grab a Rue Morgue subscription and be automatically entered to win, and check out A NUN’S CURSE, now streaming on Tubi.