Streaming service Tubi has announced that it has acquired the exclusive U.S. streaming rights to BED REST from STXfilms, which had previously planned a theatrical break. The movie will make its Tubi debut December 7. Barrera also made her producing debut on BED REST, which was written and directed by Lori Evans Taylor and additionally stars Guy Burnet, Paul Essiembre and Erik Athavale. The synopsis: “After years of struggling to start a family, Julie Rivers [Barrera] is pregnant again and moving into a new home with her husband as they embrace a fresh start. Upon being ordered to mandatory bed rest, Julie begins to slowly unravel as she suffers through the monotony and anxiety of her new constraints. Soon, terrifying ghostly experiences in the home begin to close in on Julie, stirring up her past demons and causing others to question her mental stability. Trapped and forced to face her past, and the supernatural, Julie fights to protect herself and her unborn baby.”

“As a first-time producer, it is my profound pleasure to be partnering with Tubi to bring BED REST to a savvy and engaged audience,” says Barrera. “While on the surface, BED REST is a horror film, it is a story that will resonate deeply with anyone who’s experienced grief and been haunted by loss. Lori Evans Taylor has created a deeply emotional journey for audiences, and I’m grateful to my partners at Project X Entertainment and STX for bringing us together to share this story with the world.”

“We’re very excited to be the exclusive home for this gripping psychological thriller that has you wondering until the very end if what we see is to be believed,” says Adam Lewinson, Tubi’s chief content officer. “Melissa is absolutely captivating in BED REST and we can’t wait for audiences to see her incredible portrayal of this isolated character working through her grief while facing frightening supernatural elements.” 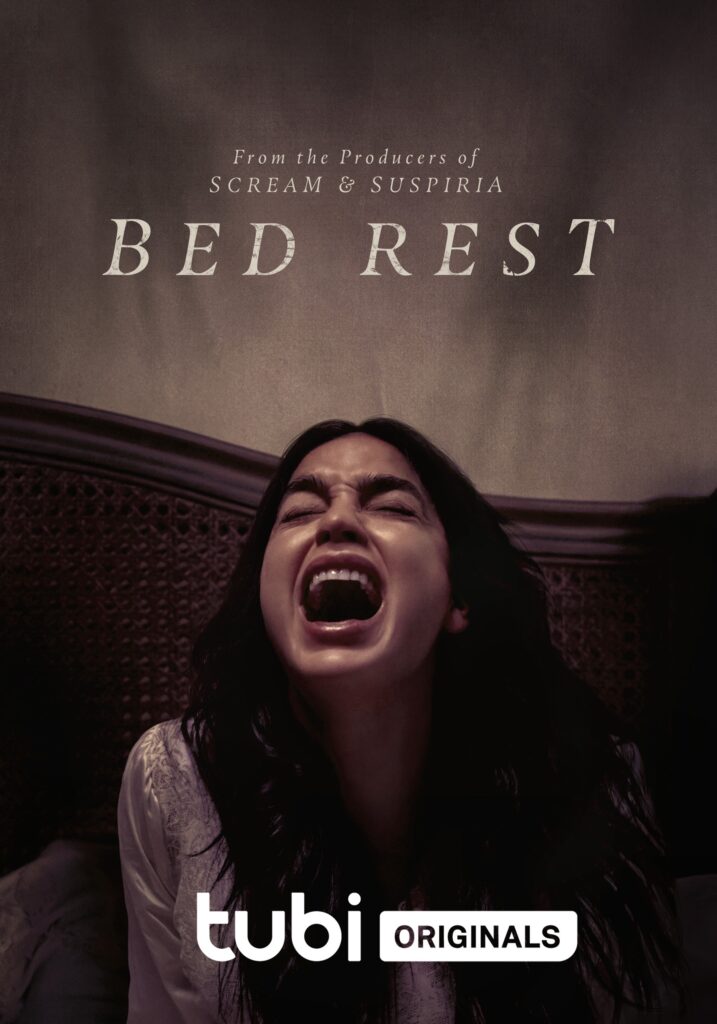