Sorry, I had to get at least one GHOST lyric in this one. It seemed like a movie about a monster that may or may not be spreading a plague while government officials scramble to solve the problem (or use it to their own end) might have been the right place for it. Here in the Sematary I’ve decided to continue my quest for the perfect COVID movie, a film that reflects our troubled times and might help us collectively exorcise some stress. I’m proud to say that I think I’ve gotten pretty damn close with MONSTRUM.

MONSTRUM follows Yoon Gyeum (Myung-Min Kim), his friend Sung Han (In-Kwon Kim), and his daughter Myung (Hyeri Lee) as they attempt to live a quiet life in exile following Yoon’s unceremonious ejection from the palace. Key word here is attempt, because Yoon’s old friend the King (Hee-Soon Park) comes to him and asks him to investigate rumors of a plague-spreading creature living in the nearby mountains. The King believes that the creature is a fable, a rumor created by his political rivals to force him off of the throne, and wants Yoon and company to discover the truth. Unfortunately for everyone involved, the creature is all too real; and so is the coup. As both forces wreak havoc on the King’s innocent subjects, Yoon and company attempt to mitigate the damage and save as many as they can. The question is, can they save the King, defeat the treacherous nobles out for his blood, AND save the population from MONSTRUM? This wretched mischief is now coursing through their souls… never to let go. MONSTRUM will have its day. And not everyone will make it out alive.

“MONSTRUM addresses the ways in which the systems we set up to protect us fail us, and promises our eventual vindication.”

The first half of MONSTRUM plays coy with the nature of the creature, the question of its existence being less important than how characters choose to use the urban legend to their own ends. From the beginning MONSTRUM makes clear that the real horror of the story isn’t the gigantic dog-like creature that gives the movie its namesake; the real horror comes from institutions, a distrust of the government and the systems that are supposed to keep us safe. There is a “Game of Thrones” like framework here where the rich are constantly competing against one another for power at the expense of the poor; burning cities and blaming their political opponents, telling tales about monsters to cause unrest, forcing a draft to make the people riot. Even after the film shows its hand (because of course Monstrum is real), the creature becomes politicized, a tool that the prime minister attempts to use to overthrow the king. Where this film gets really smart is that the creature is the result of the sins of past administrations, a byproduct of this never-ending cycle of competition and sabotage between factions of the upper class. Everything about it, from its heartbreaking backstory to its plague riddled blood that infects whoever wounds it, BREATHES inevitability and promises invulnerability. This creature was made to rip and tear its way through these flawed systems like the “Doom” guy after his puppy was murdered. And oh man, does it do that. 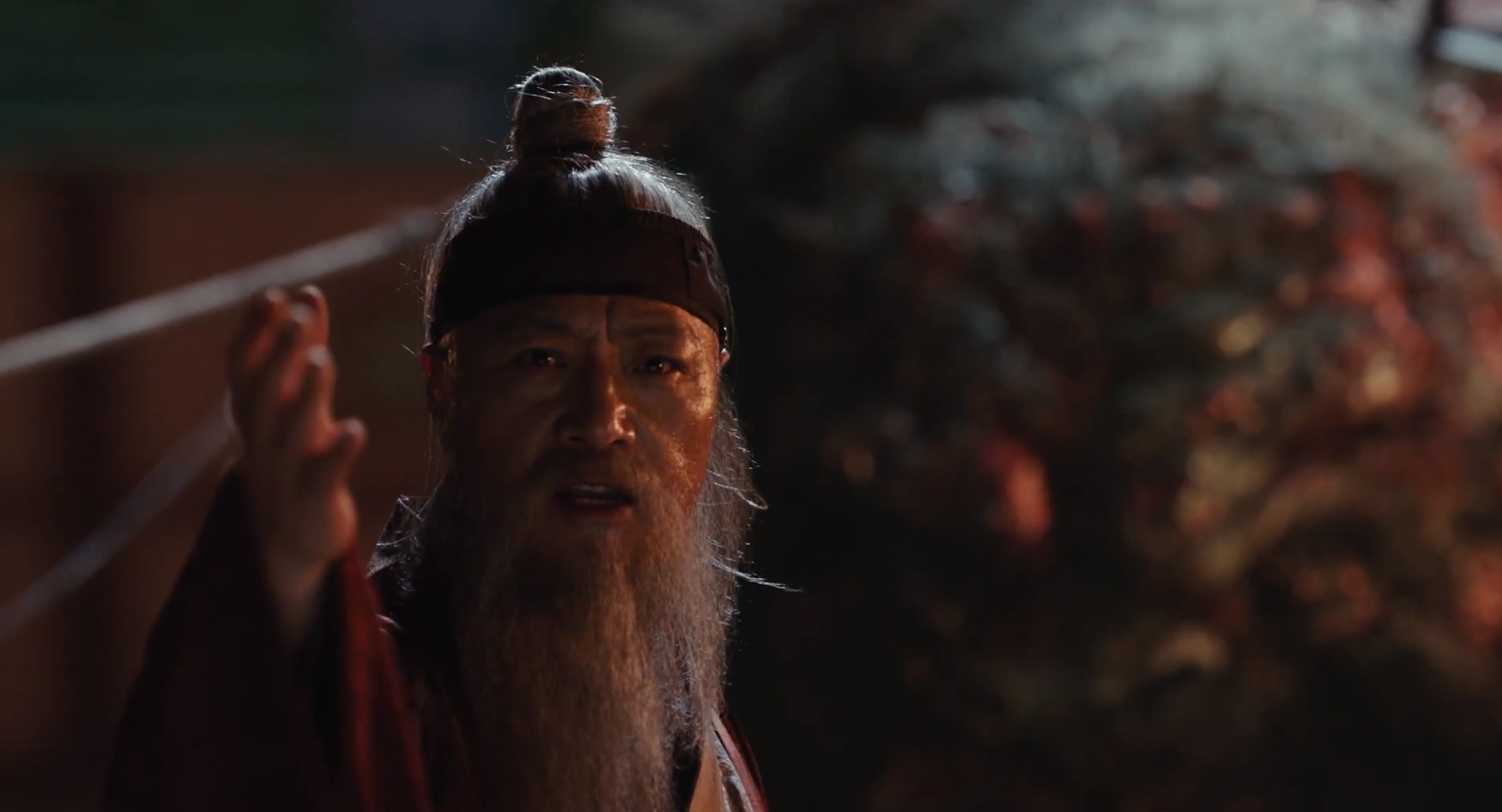 Turns out, bureaucrats are scarier than monsters. Who knew?

The action scenes in this film are incredible; the main character comes off a bit like a medieval John Wick as he slices and dices his way through hordes of opponents using arrowheads, stray swords, and the occasional piece of debris. None of the characters here are dead weight; even the comic relief Sung Han (who makes this movie way, way funnier than it has any right to be) kicks ass when he’s given time to shine. Myung is a strong character in her own right without playing into any of the “strong female character” tropes we see get mishandled in films like “Extremity.” Perhaps most importantly, you get attached to all of these characters very quickly and actually get emotionally invested in them; the end of the film almost brought me to tears, which rarely happens. Almost never, actually. When the creature gets involved, the incredible action scenes get taken up another notch; there are moments when the CGI doesn’t look the greatest, but all of the chase and fight scenes revolving around the creature are wonderfully choreographed. That, and the design of the creature itself is pretty damn good, radiating toxicity, a flesh-devouring tumor of a being that one can tell has seen much, much better days.

I’m giving MONSTRUM a 9 out of 10. I had my doubts that this would be the perfect film for a time like the one we’re living in, especially when it seemed like the film was going for a “blame the government over the disease” kind of message. That’s a message more suited for Florida spring breakers and people protesting their inability to get haircuts than for this column. But ultimately, MONSTRUM delivers a dark but hopeful promise; that those in places of power who don’t care about the people they’re supposed to serve, those who would take tragedy and politicize it and sacrifice lives for their own agendas… well, they’ll get what’s coming to them. The climax of the film is one of the most satisfying things I’ve seen in ages, and if this COVID situation has got you down and you need to regain some faith in humanity, I highly, HIGHLY recommend you check MONSTRUM out.