The SCREAM star has haunting problems in her new home.

SHINING VALE, a combination of classical horror and family dramedy, premieres with two episodes Sunday, March 6 on the Starz app and its domestic and international streaming platforms, as well as its linear channel at 10:20 p.m. ET/PT in the U.S. and Canada. Created by Jeff Astrof and Sharon Horgan, it stars Courteney Cox, Greg Kinnear, Mira Sorvino, Gus Birney, Merrin Dungey, Dylan Gage (“PEN15”), Judith Light and Sherilyn Fenn (TWIN PEAKS). The synopsis: “Pat and Terry Phelps [Cox and Kinnear] cash in their life savings and move from a cramped apartment in Brooklyn to an old Victorian mansion in Shining Vale, Connecticut as a last-ditch effort to save their marriage after Pat’s torrid affair with Frank, their young hot handyman who came over to fix the sink while Terry was at work. To make matters worse for Terry, Frank never fixed the sink, yet still charged him for it!

“A former “wild child” who rose to fame by writing a raunchy, drug-and-alcohol-soaked women’s empowerment novel (a.k.a. lady porn), Pat is now clean and sober 17 years later but totally unfulfilled. She still hasn’t written her second novel, she can’t remember the last time she had sex with her husband, while her teenage daughter, Gaynor [Birney] wants Pat dead and Jake [Gage], their adolescent son, is so addicted to screens he’s completely checked out. Buying a 200-year-old house that was on the market for almost three years and sold for more than $250K below asking seemed like a good idea on paper, but Pat senses that the Phelpses are not alone; especially when an old-fashioned-looking woman appears hovering outside their family room window.

“The Phelps quickly learn why the agents were so motivated to sell the house for a fraction of the asking price. Seems a few details were glossed over, including a triple murder-suicide and a host of other atrocities they neglected to mention. But neither Terry nor the kids seem to notice that something is horribly wrong with their new home; only Pat can see things move and hear the bumps in the night. She’s also the only one who sees the spirit of the person who used to live there, Rosemary [Sorvino], a ’50s housewife who may or may not be trying to take over Pat’s body. Is Pat depressed, or possessed? Turns out the symptoms are exactly the same.

“Everyone has their demons, but for Pat Phelps, they may be real.” 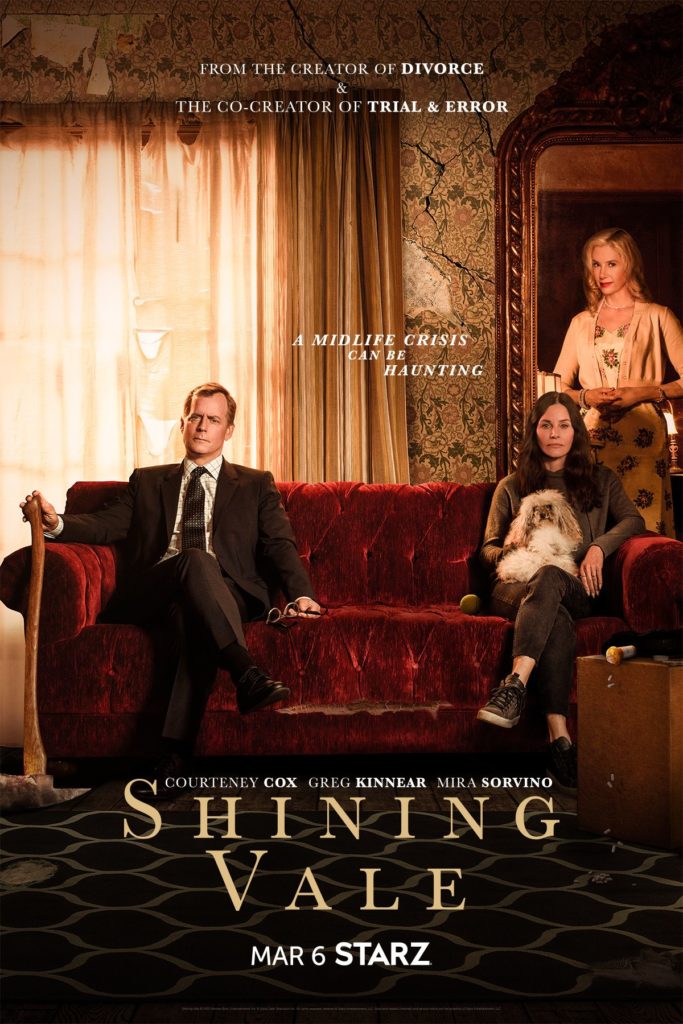