Davenport, Iowa – The Incredible Hulk and Pam from Archer are among several guests joining the screenings of 36 previously unreleased films based on Master Of Horror Stephen King’s stories next week. Marvel icon Lou Ferrigno and voice actor Amber Nash are scheduled to zoom in to the live audience of the Stephen King Rules film festival in Davenport, Iowa August 19-21.

Since 1977, the Master of Horror – Stephen King – has allowed emerging filmmakers to adapt his unproduced short stories into films that may help launch their careers through the Dollar Baby Deal for a single US dollar. Previously, the Dollar Baby arrangement restricted releasing the films outside of film festivals, and they were rarely permitted to screen online. Due to the pandemic, Canadian film production company Barker Street Cinema led efforts to create a festival to screen a selection of the films online. This year will see the same festival return in person while broadcasting live from the Alternating Currents festival in Davenport. Iowa. 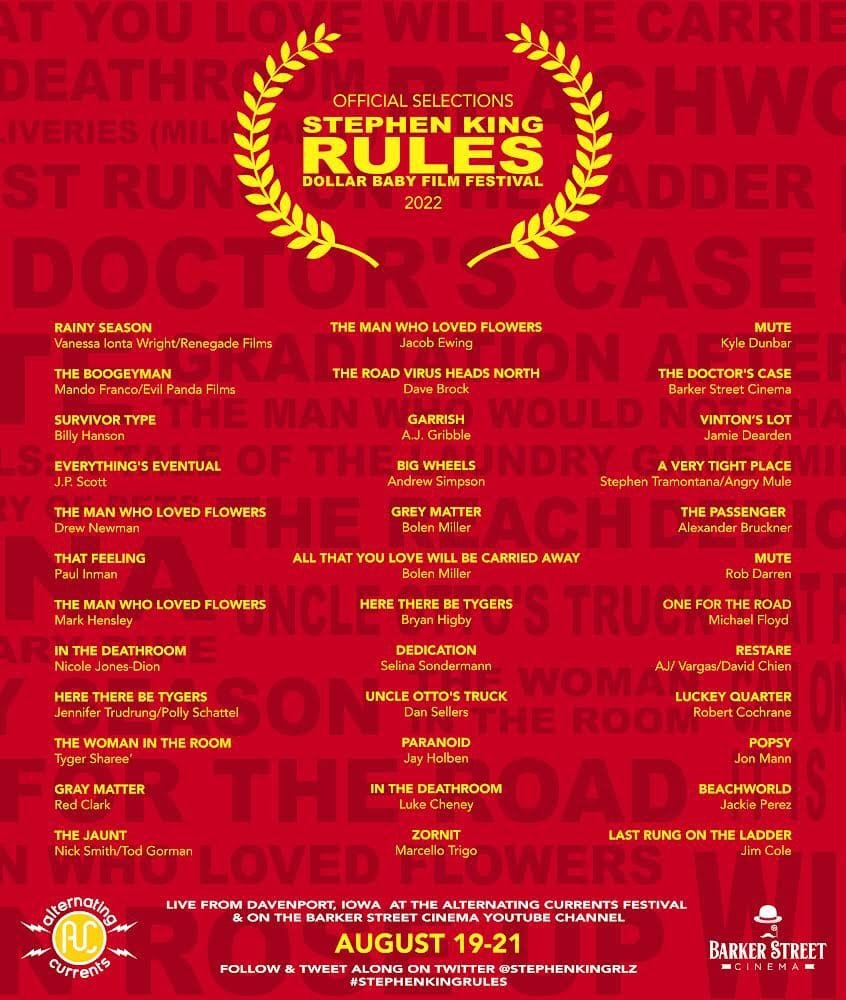 In an effort to add even more excitement to the schedule, organizers Leah Coghlan, Norm Coyne & James Douglas called on some of their more famous acquaintances to appear virtually at the festival.

“We run a comic con in Canada called Northern FanCon which sees a dozen celebrity guests each year,” said Coyne. “We wanted to make the Stephen King Rules festival extra special so we reached out to a few fan favorites to join us virtually for interviews”

On top of the 36 films included in the line-up, this year will feature zoom-in interviews with the Incredible Hulk’s Lou Ferrigno, Amber Nash who voices Pam on the hit series Archer, Ming Chen of AMC’s Comic Book Men, author, and frequent King collaborator Bev Vincent, and Scott Wampler and Eric Vespe of Fangoria’s KIngcast – a podcast devoted to the works of Stephen King.

“We have put together programming this year that levels the event up completely,” said Coghlan. “It is super exciting to have such a robust schedule of amazing films with this new addition of these celebrity guests”

The Barker Street Cinema team will be joined by guest host and Stephen King aficionado Anthony Northrup to host the STEPHEN KING RULES festival in person with films on-screen on August 19-21 at the Figge Art Museum as part of the Alternating Currents festival in Davenport, Iowa. The films plus interviews will also be streamed online on the Barker Street Cinema Youtube channel. Admission to both the in-person screenings and the online broadcast are free.

For tickets to the live screenings at the Alternating Currents festival, head to https://www.alternatingcurrentsqc.com/

Viewers can interact with the festival all weekend during their tweet-along party by following on Twitter at @stephenkingrlz with the hashtag #stephenkingrules.

For information about the STEPHEN KING RULES film festival and the full schedule, please visit barkerstreetcinema.com.