Releasing ahead of indie filmmaker Bradley Steele Harding’s 13 Tracks to Frighten Agatha Black (2021) is an EP of spooky stories tracks from the film, entitled SELECTIONS FROM: 13 TRACKS TO FRIGHTEN YOUR FRIENDS! Created by audio engineer/composer Andrew Jones, the EP will be available on October 16th, and can currently be pre-ordered from Bandcamp. The low budget horror film is driven by its ambitious soundtrack of spooky sounds and scary stories and features the voices of veteran horror actors Angie Bolling (RoboCop, Texasville), Udo Kier (Andy Warhol’s Frankenstein), Van Quattro (Silent Night, Deadly Night 5) and Frances Peterson (The Initiation).

“Aside from the pandemic pushing postproduction back, our little film has been very charmed,” says the director. “Lots of talented people have come together to make something of quality – and, hopefully, something really scary! All the audio work that Andrew has created for 13 TRACKS is incredible and we are excited to get this EP out there. Fans of vintage scary story albums will really get a kick out of the release. It’s also a cool precursor to a project I think horror fans will really enjoy.” To celebrate the release of the EP, the teaser poster for the film will also debut on the same day.

Film Synopsis: Unable to cope with the world around her since losing her father as a child, Agatha Black inhabits a sheltered existence with her agoraphobic Aunt Evie, whom she lives with into adulthood. One night, during a botched robbery in their home, Evie suffers a fatal stroke. This tragic occurrence leads Agatha to a hidden box of old “scary story” records that she used to listen to with her father. The specter of losing her family home and a string of crimes in her neighborhood propel Agatha into the comfort of her vinyl albums. Soon she becomes obsessed, playing them throughout the day and long into the night. Eerily, the stories begin to reveal occult truths and hint at a violent future for her. Like a disease, they begin to infect others who enter her world, creating disturbing encounters that bring Agatha to the threshold of terror. 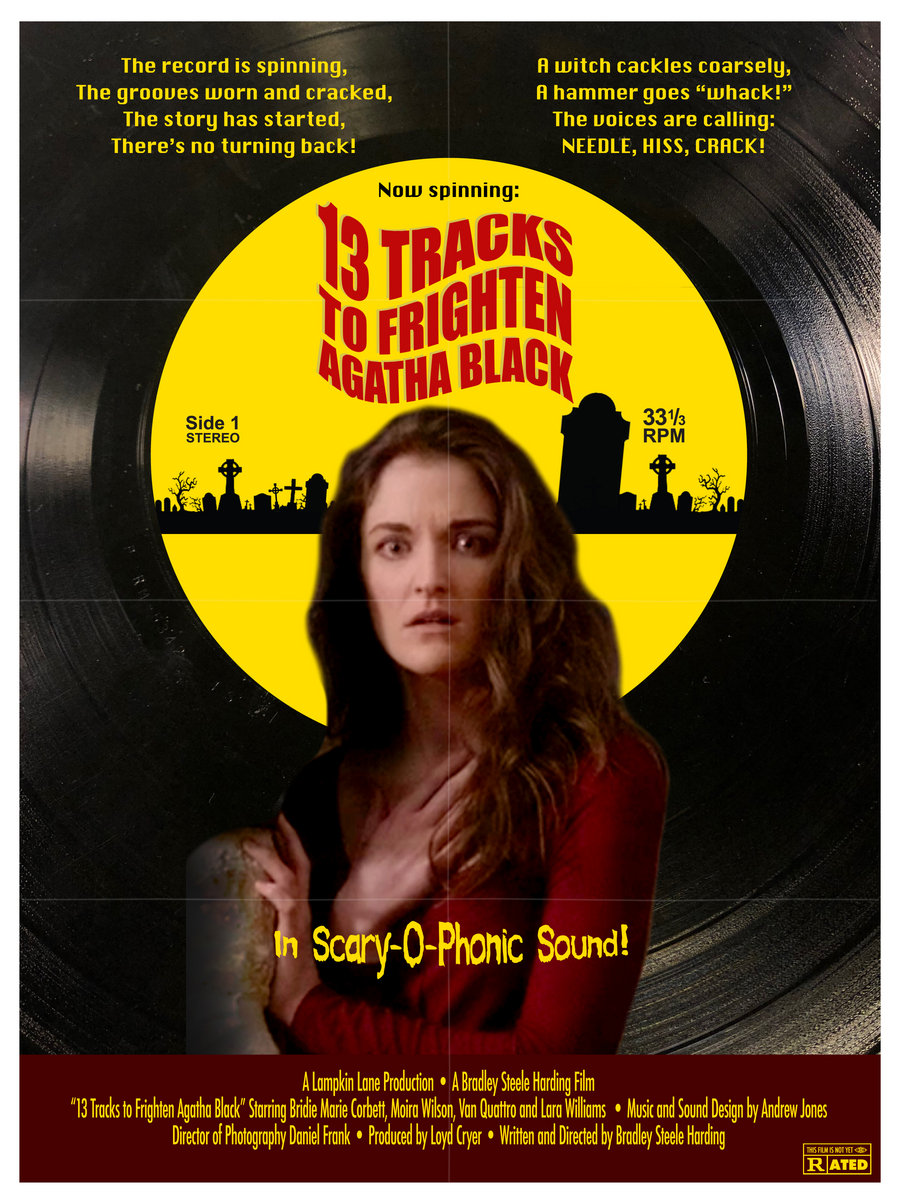