It’s the defiantly cheesy preview for a ridiculous, non-existent genre-blender.

Writer/director Gerardo Preciado is gearing up to make NARCO SHARK as his feature filmmaking debut, following his music work as Ancient Order of the Droids, releasing “Soundtracks to Imaginary Films” such as TERRORE!, ZOMBIRIA and GIALLO! NARCO SHARK is based on one such soundtrack, by Ancient Order and Ambidextroux (which can be streamed here), and has a poster (see it below the trailer) by renowned comic-book artist Daniel Bayliss (BIG TROUBLE IN LITTLE CHINA VS. ESCAPE FROM NEW YORK). The movie is described thusly: “In 1989, Mexican direct-to-video superstar Ricky Valente was in line to write and direct NARCO SHARK, a strange and ambitious film about a detective/saxophonist who battles the Mexican Yakuza and a cocaine-fueled killer shark while trying to save his marriage from falling apart and helping his awkwardly shy but sexually depraved brother-in-law learn some breakdancing moves. Sadly the film was never made…until now.”

Preciado says the movie is “inspired by low-budget ’80s action films like MIAMI CONNECTION and SAMURAI COP, with a heavy dose of David Lynch’s surrealism and Lucio Fulci’s dream logic. It is also heavily influenced by the Sharksploitation and Mexploitation genres and features that SOV aesthetic prevalent in low-budget ’80s horror.” He’s currently got a Kickstarter campaign going to raise funds for the movie; check it out here. 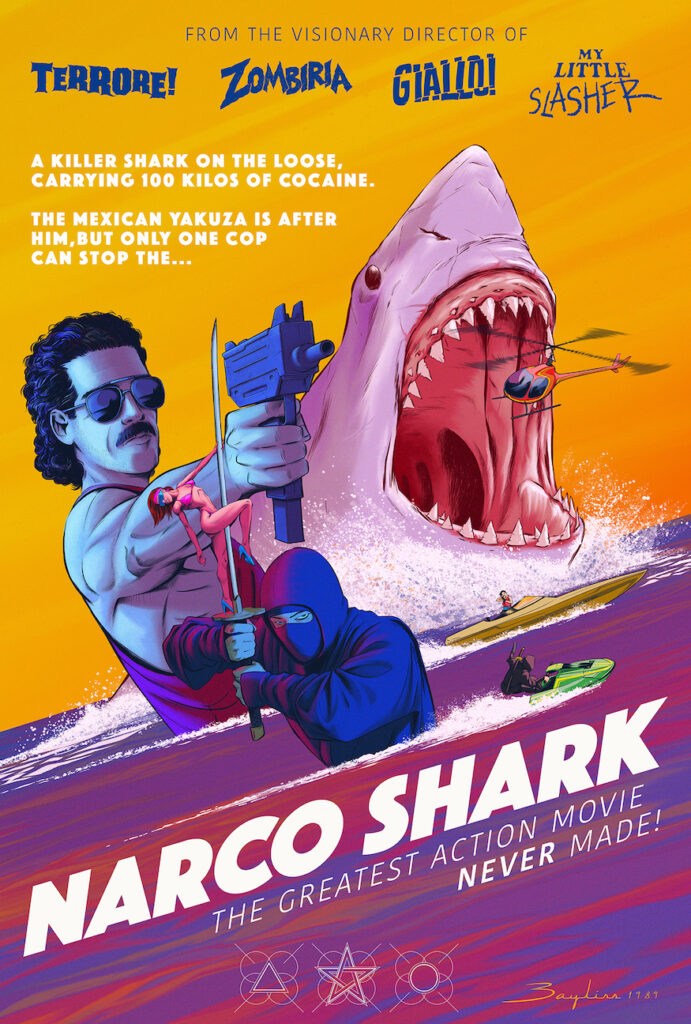 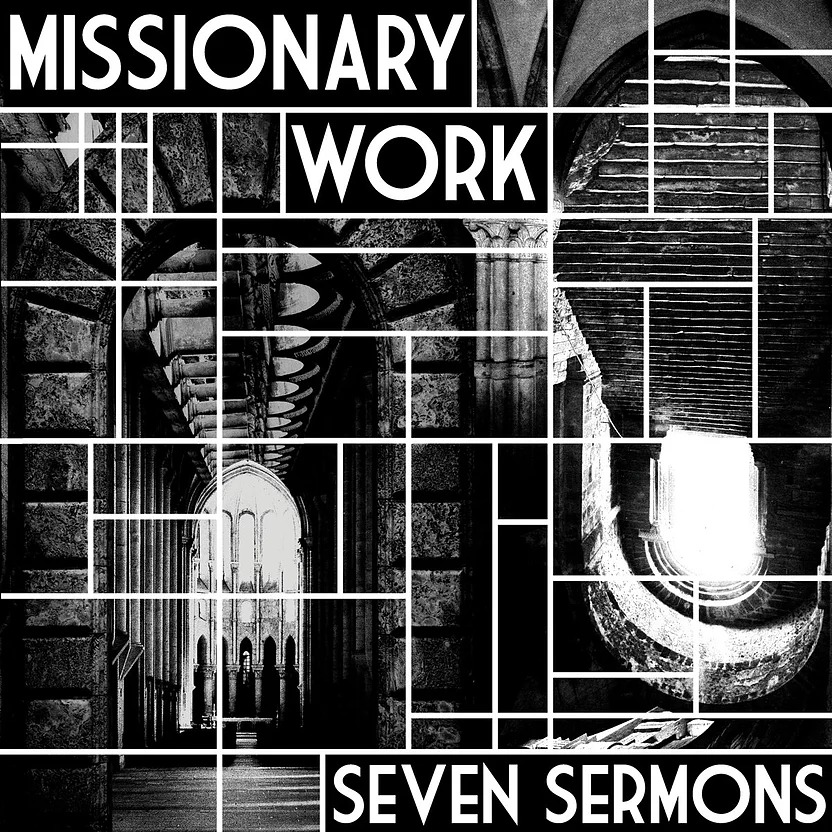 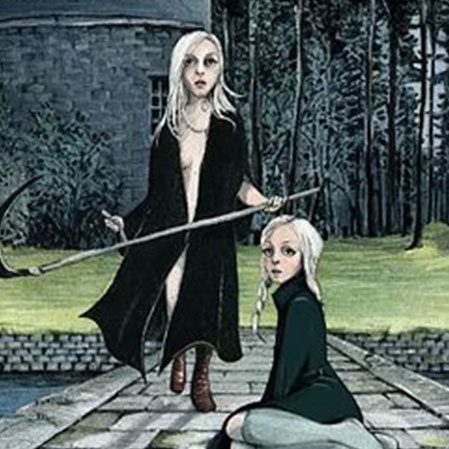