The latest round of frightful episodes premieres next month, and it looks to be packed with monsters and demons.

Shudder has released a teaser trailer and key art for season three of CREEPSHOW, its anthology series based on George A. Romero’s classic film. With Greg Nicotero once more serving as executive producer and showrunner, the show premieres Thursday, September 23, and the guest stars this season include Michael Rooker, James Remar, Johnathon Schaech, Reid Scott, Hannah Fierman (V/H/S), King Bach and Ethan Embry. As Shudder’s PR describes it, “A comic book comes to life in a series of vignettes, exploring terrors ranging from murder, creatures, monsters, and delusions to the supernatural and unexplainable. You never know what will be on the next page…” 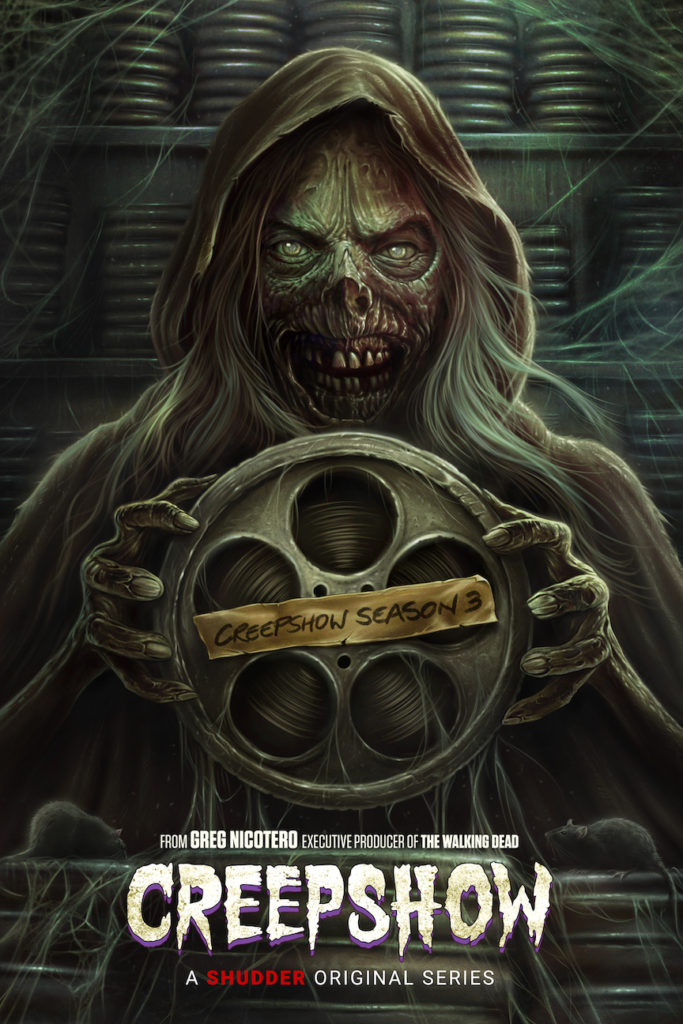