“Skinwalker: The Howl of the Rougarou” Explores Cajun Werewolf Lore

Werewolf stories are nearly as timeless as horror itself, but such classical beasts are not often regarded as swamp dwellers. In SKINWALKER: THE HOWL OF THE ROUGAROU, the bayous of Louisiana are exactly where residents have long purported to witness a biped, wolf-type creature that often serves as a forewarning to mischievous children that sometimes, it’s best to leave well enough alone. The newest offering from the cryptozoological documentarians at Small Town Monsters dissects a Native American legend about the shapeshifting entity, featuring narration by former Rue Morgue columnist Lyle Blackburn. While filming the latest installment of his YouTube series on Bigfoot, director Seth Breedlove took time to discuss Small Town Monster’s new look into this mysterious corner of Lycan lore. 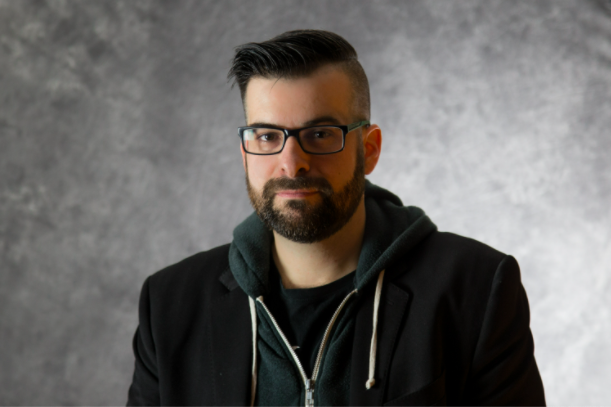 The legend of the Rougarou seems exclusive to the people of Louisiana. What made you want to tackle this one?

The Rougarou is something we’ve been hearing about for a while and it was one of the stories that Small Town Monsters fans wanted to see us cover. I live in Ohio and we have Cedar Point here, which is a huge amusement park that actually has a Rougarou roller coaster, so we were aware of it pop culturally. In terms of actually looking into what it really was, I don’t think any of us were fully aware of the legend. Heather Moser, our researcher, was instrumental in putting together the pieces of the story. Also, we really wanted to get deep into the southern part of the United States. Louisiana was a place I’d always wanted to go, as I thought it would be a cool setting for one of our stories. Combined with the fact that our audience really loved our The Bray Road Beast movie and wanted more of that dog man content…which is interesting because this movie changed so much during development that it became something very different. I think we were just excited to get into the lore of it and explore the location.

The film examines multiple facets of the Rougarou mythos with interviewees providing varied accounts of their experiences. Why is there such diversity in perspective with this specific creature?

That was something we kept talking about after conducting each interview because it seemed like every single person had their own interpretation of what the Rougarou was. A lot of it is explained in the movie, like the cultural origins of that region from the various settler groups that came into the area. I think they all sort of put their own spin on the story, and over time, developed this rich legend that surrounds this character. I don’t think we’ve seen anything like it in our movies before, where you can trace a lot of these stories back to who settled the area. A lot of that is due to Heather and the amount of research she did. Having said all that, I think the important thing is that none of that necessarily explains away the Rougarou; there had to be something there in the first place that got people talking about this stuff to begin with. All we’re doing is giving you the various legends and lore that surround the character. Whatever it is that was there has been there for a very long time, so we’re drawing on a history that stretches back hundreds of years.

The preeminent belief is that Rougarou is a werewolf, yet you explore alternative variations of the tale, some of which include that it’s a white-suited hitchhiker or a rabbit. Even in the discussion of cryptids, it seems very atypical.

Shapeshifter legends are pretty ancient, especially when it comes to the southern part of the United States. When we were making The Mark of the Bell Witch, there were constant shapeshifting legends that kept coming up, so I think this is just another one of those variations of that. I’m not sure why it’s so specific to that part of the U.S., but I can tell you that there is something very unique about the southern states – specifically Louisiana – that seems to invite strange stories. I think the movie in some ways lays out the pieces of the puzzle for the audience and then lets them start to put it all together for themselves. We’re pretty much delving 100% into the folklore behind the Rougarou and that’s something that I don’t think we’ve ever done, but it’s also a natural progression from where we were with The Mothman Legacy to this movie.

Is the consensus that the Rougarou is a single entity, or does it travel in packs?

I think it’s dependent on who you’re talking to. Most of the legends we’ve come across involve a singular creature that travels on its own and exists outside of the realm of flesh and blood. That kind of biological creature would need a pack that it would hunt with and a mate that it could breed with. The Rougarou kind of exists outside of that, unless you’re looking at it from the standpoint of the Native American legends which speak of this pack animal that travels with others. The Rougarou is steeped in the supernatural, but I don’t think you can boil it down to just one archetype. It’s very unique from the other creatures we’ve explored in that, depending on who you’re talking to from the state of Louisiana, it’s going to have its own reason for being. That’s one of the things we really were excited about when we got into the making of the movie, that you don’t have a singular type of creature. Everyone brings their own interpretation of what it is.

Are there any reported physical attacks that you’re aware of?

The thing that we came across the most was the psychological ramifications of encountering the creature. Multiple people we interviewed talked about that leaving a lasting impression. As I’m answering that question, I recall one story that we had to cut out of the movie by a witness named Chelsea, who encountered something in her room at night that clawed her and left scratch marks on her back. That story isn’t in the movie because it didn’t quite fit overall, mainly because she couldn’t exactly connect it to the Rougarou.

Even though it’s a documentary, SKINWALKER: THE HOWL OF THE ROUGAROU feels like something that even non-cryptid fans could enjoy, occasionally playing like a found-footage film. How did you approach this one from a creative standpoint?

This one was very inspired by V/H/S, The Blair Witch Project, and some of the other found-footage stuff that we love. Finding a way to make that visually make sense within the context of the story we were telling was fairly easy until we got to a couple of scenes. During one segment, we wanted to have a weird Paranormal Activity style security cam look to it, and it wasn’t until we got into the editing that I realized how difficult that was to pull off. I think this movie was, in a way, a bit of a homage to Blair Witch Project, which was one of the horror movies I saw as a kid that I loved. From a production standpoint, this was exciting to make, as the re-creations challenged us in ways that even we weren’t expecting.

SKINWALKER: HOWL OF THE ROUGAROU is currently streaming on major VOD platforms including Amazon Prime and is available on DVD and Blu-Ray from Small Town Monsters.