Sinners beware! Religious genre-blender “MEDUSA” has a trailer and poster

It’s seeing release beginning next month after playing at Cannes, TIFF and the AFI Fest.

Music Box Films opens MEDUSA July 29 at New York City’s Angelika and Los Angeles’ Alamo DTLA and Laemmle NoHo, with a national rollout to follow. Written and directed by Anita Rocha da Silveira, it stars Mari Oliveria, Lara Tremouroux, Joana Medeiros, Felipe Frazão, Bruna G, Carol Romano, João Vithor Oliveira, Bruna Linzmeter and Thiago Fragoso. The synopsis: “Mari and her friends broadcast their spiritual devotion through pastel pinks and catchy evangelical songs about purity and perfection, but underneath it all, they harbor a deep rage. By day they hide behind their manicured facade, and by night they form a masked, vigilante girl gang, prowling the streets in search of sinners who have deviated from the rightful path. After an attack goes wrong, leaving Mari scarred and unemployed, her view of community, religion, and her peers begin to shift. Nightmares of repressed desires and haunting visions of alluring temptation become undeniable and the urge to scream and release her paralyzing inner demons is more powerful than ever before. A neon-tinged genre-bender that gives provocative form to the overwhelming feminine fury coursing through modern life, MEDUSA dares us not to look away.” 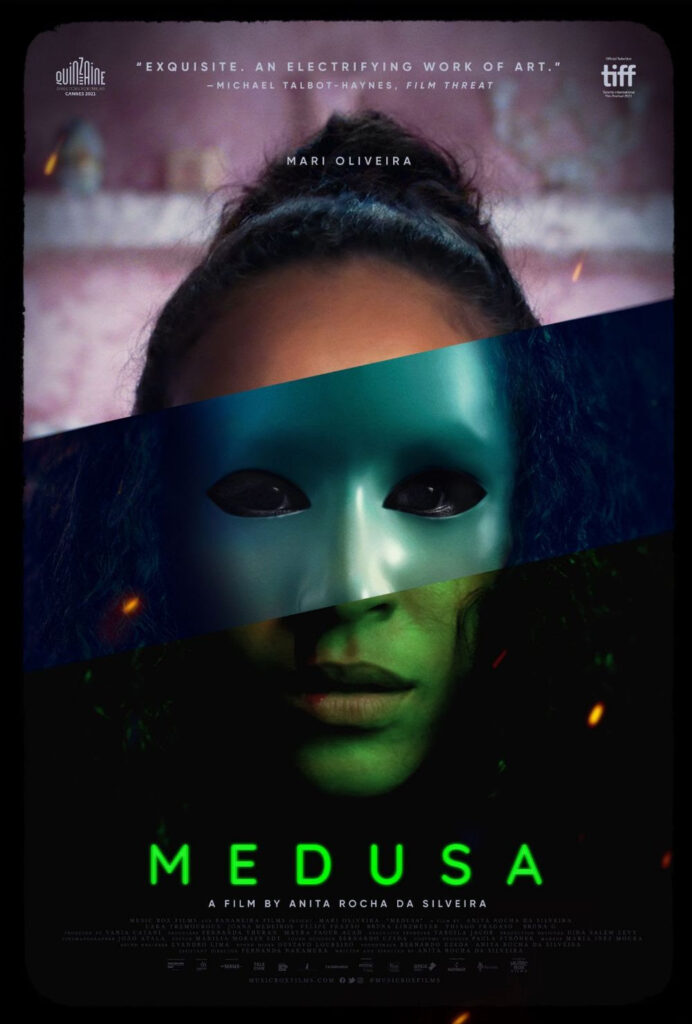