If you haven’t noticed by now, I’m kinda into short horror films. So I was pretty excited when I heard that independent studio Gunpowder & Sky was launching ALTER, a streaming platform devoted to horror with a heavy focus on shorts. For this latest installment of Sinister Seven, I’m thrilled to talk to Sophie Carroll (Programming and Curation Manager) and Levi Hill (Channel Manager and Content Strategist) to find out more about how the platform was created, what they look for in a good short horror film, and how filmmakers can throw their hat in the ring if they want a short to be considered for distribution.

How did ALTER come about?

ALTER is the horror sister-channel to our sci-fi obsessed colleagues over at DUST. Following the success of DUST, the Gunpowder & Sky team wanted to bring the same level of spotlight to the horror genre by giving voice to emerging, diverse and established filmmakers.

As the idea was explored it became abundantly clear that there wasn’t yet a home for horror that had a point of view and something to say. We wanted to showcase novel and grounded stories exploring the human condition through warped and uncanny perspectives, while still having fun with it.

And so ALTER was born.

While ALTER includes features and series, it appears that the primary focus on short horror films. What inspired you to focus on shorts?

Our mission statement overall is to find the next wave of super talented filmmakers, and to give their wild and terrifying stories a home. A ton of these up-and-coming creators are proving out their visions in short form where initially, there was no real platform for them to be seen and discussed widely. That’s where ALTER came in.

Not only do we hope each and every short film will be seen by the millions of ALTER fans across the globe, we strive to provide a community where filmmakers can get real feedback from audiences and the industry watching the channel. And, we’re starting to work with more of these fantastic filmmakers on developing their visions into longer formats – whether a feature film, a series, or a narrative podcast.

What’s always so exciting to us about a short film is that they don’t have to play by the same rules as a feature film or a series. A feature film or a series, one with the intention of reaching a wider audience, has to be tied to a traditional structure or character development to get the audience invested in the story. That’s not to say that filmmakers aren’t taking risks or innovating here, but the films that break out, like Get Out, Invisible Man, or A Quiet Place, are still crowd pleasers at the end of the day. And we all love them for their combination of classical storytelling with modern updates to themes and stories.

Filmmakers of short films are always breaking the rules. Whether that means stripping the story down to its most simple set of fundamentals, or allowing ambiguity to seep into the visuals, the world-building, and the narrative, short films don’t have to be bound to do traditional storytelling to make an impact. The best performing short films on ALTER still have a clear story or emotional thrust for the audience to connect with, but they also highlight the short medium’s ability to be as forward as possible about its ideas which really helps them excel on our platform.

Also, it goes without saying that having a perfectly timed plot twist or a last second gut punch in a short film, is definitely a way to drive conversation.

Who are some up-and-coming short horror film makers to keep an eye out for and what films of theirs would you recommend?

We would never want to play favorites. We love all of the films featured on our channel, and the filmmakers are all lovely people to boot. We welcome all aspiring or established filmmakers that are working in horror to come talk to us if we haven’t been introduced yet.

But while we can’t get into specifics, we do have a lot of projects in development on ALTER. Not only do we hope to adapt more of the shorts found on ALTER into features or series – like how Amblin picked up the BAFTA-nominated The Blue Door from us – but we’re talking to a lot of people within the industry and working on getting exciting projects off the ground not based exclusively on the shorts.

One exciting project that has been announced so far is our anthology series 50 States of Fright which will premiere on Quibi on April 13th. It’s executive produced by Sam Raimi, who will also be directing an episode, with the subsequent episodes written and directed by a wide array of fearless horror visionaries. 50 States of Fright touts a list of renowned talent including Rachel Brosnahan, Christina Ricci, Travis Fimmel, Danay Garcia and Jacob Batalon, to name a few. April 13th can’t come soon enough! 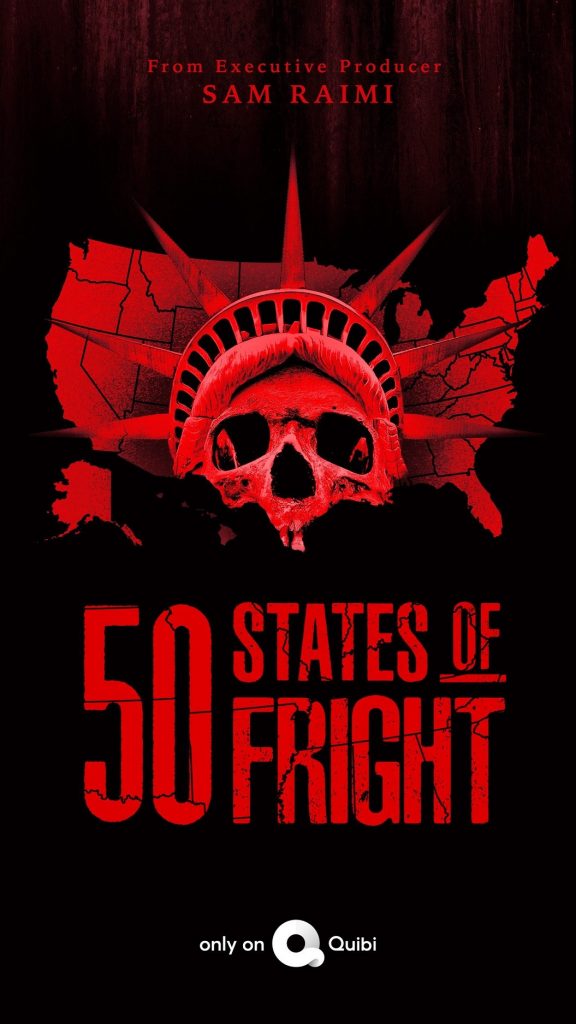 How does ALTER find new films to feature, and how are you working to ensure an inclusive array of voices?

ALTER finds films through three routes; our online submission portal, festival attendance and partnership, and actively seeking out new filmmakers and films. Last year ALTER partnered with Overlook Film Festival, Brooklyn Horror Film Festival, Nightmares Film Festival, Popcorn Frights and Cinepocalypse – alongside attending many other festivals. These connections put us face to face with hundreds of amazing filmmakers, as well as programmers who have seen all of the great offerings on the table that year.

Making sure ALTER is an inclusive platform is extremely important to us, and has been since we began. Since its inception ALTER’s mission was and continues to be creating a platform that super-serves horror fans with premium content across feature films, series, short form and podcasts from emerging and often underrepresented creatives. We seek out content that is culturally timely, speaks to current societal issues and gives voice to those who are too often unheard. We recently hosted a screening featuring all female directors, and have dedicated initiatives to support diverse filmmaker voices.

In furthering this mission, we have several international, socially-minded curators bringing in content from Asia, Europe, and Latin America, with the majority of our curators being women.

As curators, what recommendations would you give to film makers looking to get their work seen?

When you’re in pre-production on your short, it’s a good thing to figure out what you’re expecting from the film – do you want a successful festival run? A big online presence? Or is the film a proof of concept? Knowing this really helps shape your budget allotments and your approach to planning. You should have a solid idea of what YOU want.

Finally, regardless of your budget or country of origin, what really stands out to programmers is having a new perspective. Don’t fall into cliches and tropes, bring us something new!

What’s the future for ALTER and short horror?

More shorts, more features, more series, and podcasts, too! Our goal since the inception of ALTER (and Gunpowder & Sky overall) is to create content unrestricted by platform and to galvanize the largest audience we can across the world. We have faith that the next wave of horror storytellers will continue to push boundaries and to supply our ALTERed audience with more films to sink their teeth into, and we have no intention of slowing down on that front. In fact, we hope to do it more, whether that means financing more original short films or turning popular shorts on the channel into full fledged series for a network or a streamer.

We can’t wait for you all to see what’s next.