We are very lucky that the Blu-Ray release of DEATH WARMED UP from Severin Films can happen at all.  I found out, after a fun and illuminating discussion with New Zealand horror legend David Blyth, that the original 16mm negatives of the film were burned up while being processed.  To add to that already miserable scenario is the fact that the 35mm negatives went missing a few years later.  While that may sound like the film is cursed , what likely happened is that the negatives were poorly labelled and are collecting dust somewhere, or a selfish film collector pilfered them.  Either way, it looked like a coherent version of the original film could never be put together.  Luckily, David poured over the various cuts of the film (different countries butchered the film in numerous ways based on their delicate sensibilities) to cobble together something that resembles his original vision.  He assured me that all the gore is there, which seems important.

In order to get all you sickos chomping at the bit for this slice of classic Kiwi cruelty, I picked David’s brain (there’s a surprising amount of literal brain picking in this film) about his career and looking back on 35 years of DEATH WARMED UP.  If this sounds like the kind of film for you, be sure to look for it wherever depraved DVDs are sold, or check out Severin’s website.

What memories stand out to from when you were filming DEATH WARMED UP?
I think the thing I loved about DEATH WARMED UP is we really went all out on the use of Steadicam and it gave the film a momentum, a sort of edge of your seat momentum because you were physically being transported everywhere.  I think that’s the sort of thing I remember that really pays off, and still today, the film moves so fast, it’s great.  In fact, one of the original reviewers described the film, that “it hadn’t been released, it had escaped.”  So it’s always had this energy.  The initial reaction to DEATH WARMED UP in New Zealand was that they didn’t really see it so much as a horror genre film but as a sort of attack on New Zealand.  I think that probably hints at the fact that one of my favorite directors of all time is Luis Bunuel, the Spanish director, who made a lot of films, including films with Salvador Dali.  I guess what I took away from him is the way Bunuel made fun of and mocked the bourgeois institutions that we all adhere to in our civilizations and our democracies.  See just how pompous and hollow those institutions can be. 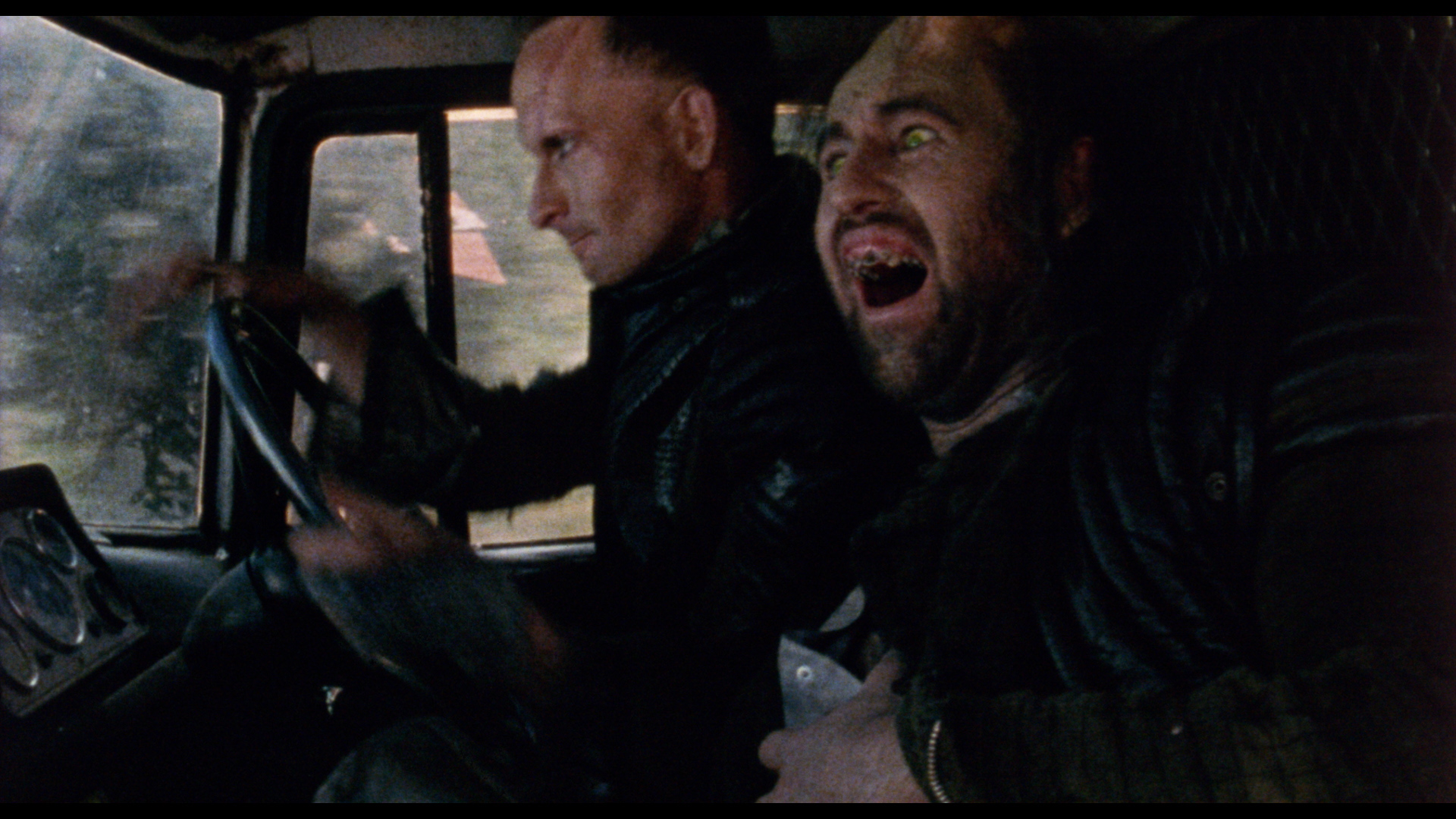 If you could go back and time and give yourself some advice while filming DEATH WARMED UP, what would it be?
My advice to myself would have been to keep going for it, on every level and have that confidence to just lay it on.  In many ways, DEATH WARMED UP is a celebration of excess and initially, people at the time couldn’t understand that excess, but now, I think we are in a position where we can look at it and see the excess as part of the humor of the film.  But also, the way that our world is headed, it is headed toward the excessive end rather than a constrained, modeled end.  We are actually in a sort of all out endgame, we are blind to what we are doing to ourselves on the planet, to a degree, we are so obsessed with our own greed in terms of the whole ecology of the world we are living in now.  I think excess has become the new norm.  Back in 1984, when we made the film, we hadn’t quite got to the vision of excess.

What did you learn while filming that you ended up applying to later projects?
I guess it was just that incredible energy, and the use of Steadicam and movement  in cinema.  That’s something that really gets me going.

What inspirations from other art or artists did you bring to filming?
I think, given the 35 years, the film holds up, it’s a highly entertaining movie that came out at a time, 1984, when the whole horror genre was entering a new phase.  I was definitely influenced by BLADE RUNNER, EVIL DEAD 1 and the original TEXAS CHAINSAW MASSACRE, which I think is a masterpiece.  And I subsequently went on to work on a project with the writer of TEXAS CHAINSAW MASSACRE, Kim Henkle, called OBSERVIA for New Line Cinema, but it never got made. 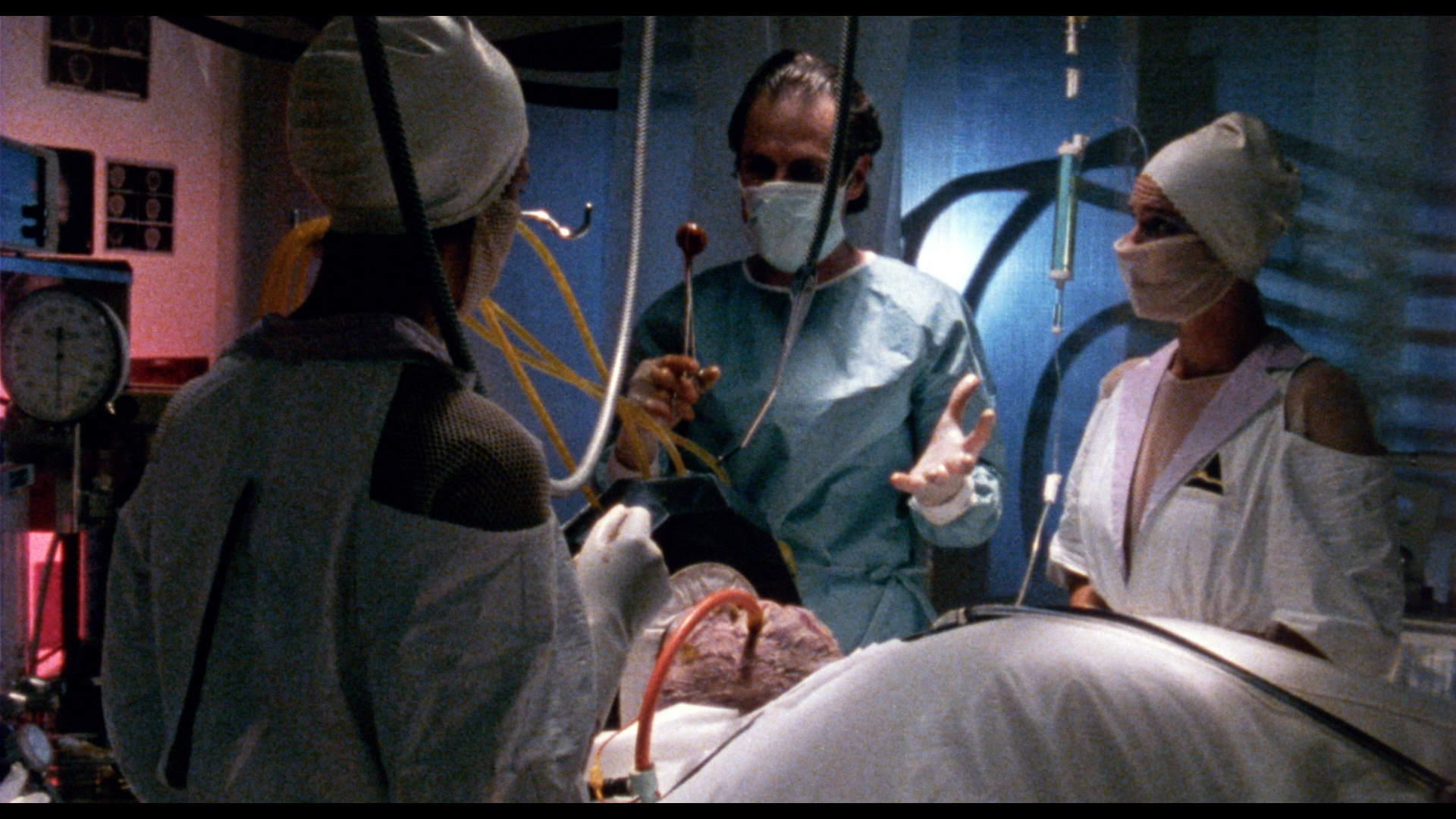 If you had to pick a movie that best exemplifies your entire career, what would it be, and why?
I think in many ways, DEATH WARMED UP exemplifies my career because it has the different elements of gore, entertainment and my interest in the unconscious.  I’m a director like Bunuel, like Fellini, like David Lynch, who is interested in the unconscious side of humanity as well as the conscious side, and how that unconscious side can often speak to the reality that we live in.  I’m also particularly happy with WOUND, which I made in 2010.  It was quite a low budget film but I’m quite proud of that one.  It was a film that Ken Russel watched and really liked in the last year of his life.  He called it a masterpiece, and it’s a very intense, surreal, psychological descent into madness.

Can we get any details on any upcoming projects?
Not at this moment because, the problem is if these things don’t happen, you look idiotic.  I’m still excited by the medium, and I’m still working in the horror genre, so it’s definitely something I’m still passionate about.  I’ve now been working a lot in the documentary world, but I am working on another low budget feature story as we speak.