Over the summer I highlighted Bryian Keith Montgomery Jr.’s CHICKENS, a harrowing short that doesn’t pull any punches in its depiction of police brutality. It’s not a film for those looking for an escape from the current state of the world, but it is an honest, brilliantly-crafted film that is worthwhile if you can make it through.  For this Sinister Seven, I got a chance to talk to Montgomery Jr. about his approach to making films about the things that truly terrify him, short horror versus features, and information about his next film, Good Guy with a Gun. 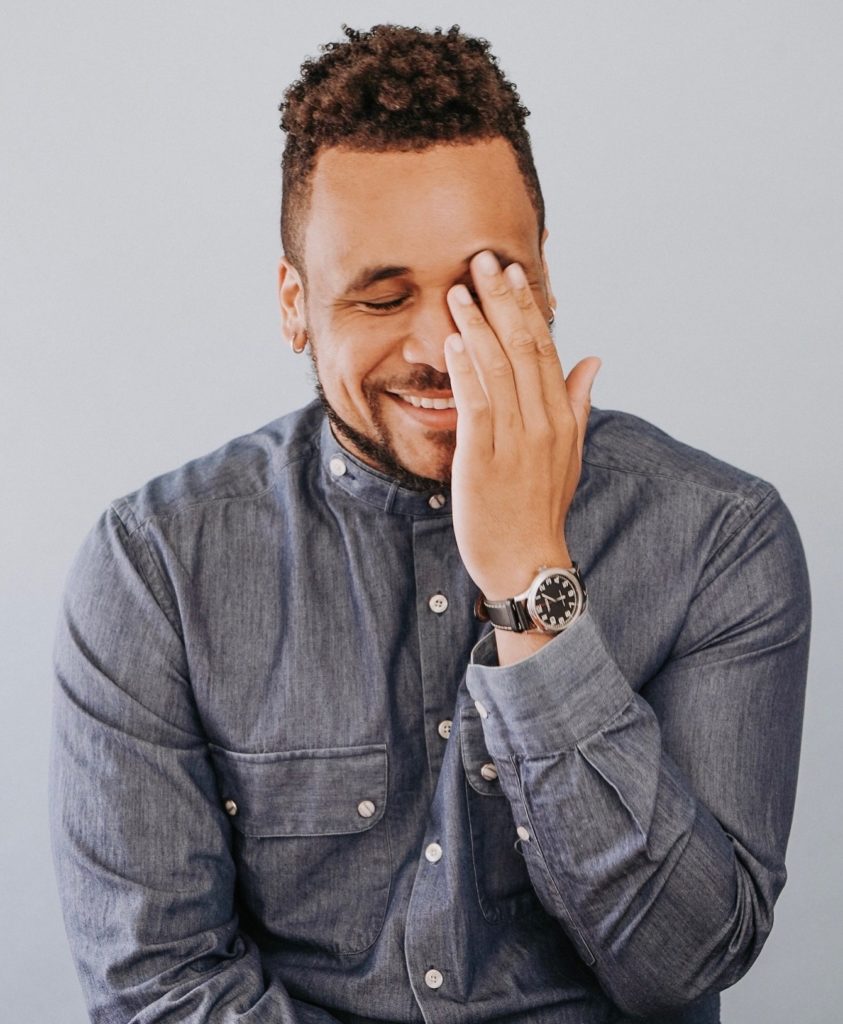 Unfortunately, this is a film that could have been inspired by any number of real life events. Was there a particular incident you had in mind when writing the screenplay?

It surprisingly wasn’t one in particular. When I created the brand ALT-Horror I wanted to make films about things that scared me. To this day, policing is the scariest thing to me.

Your actors either commit or are subject to some really horrible stuff through the course of this film. What was the vibe like on set? Was it difficult for everyone to get into the required head space?

You know, I tend to make films about pretty despicable people. What tends to happen is that the lead character (usually the oppressor) is a very lighthearted person [in real life]. In this case, Brian Ramian who plays Officer Marty O’Shea, was the nicest and most kind person on set. But when we called action he jumped right into it! Once we cut, he had to gauge the room and felt a certain pressure to assure everyone that we were bringing this character into the spotlight for a reason.

While the ending certainly isn’t happy, there seems to be something of a catharsis in it. What were you looking to convey in how the story resolves?

The film is about the ability of the oppressed to rise against the oppressors. I made this film over two years ago, and the film gets more and more relevant every day. It seems as if over time, the oppressed are going to rise up and overthrow the police if the violence continues against black people.

Using the short horror format seems particularly effective in distilling the terror of the situation by sticking us right in the middle of it after it’s already started. Is it a story you’d want to tell as a feature? If so, what narrative elements would you want to expand?

You know, I never thought of this film as a feature. I’ve always loved the idea of short films telling a specific story over a short period of time. I think CHICKENS does that and keeps the future in question with it’s ending.

Do you prefer working in the short horror format? How is it different than telling a feature-length story?

I think I like both equally. I feel as if short films can create a discussion really quickly, while feature length films can have the time to develop a character and really put forth the answer. Versus short film which I think just poses questions.

How did you get into film making, and what (if any) work inspires your own?

I got into filmmaking very young, I love films and wanted a career in what I love. The thing that inspires me the most is the world around me. My art reflects my fears in the world.

Do you have any other or upcoming projects you’d like to highlight?

I’m releasing my newest short film, Good Guy with a Gun, next month! Date to be determined, but if you follow me on Twitter (@ALTHORROR) or Instagram (@b_mont1220) you’ll get the info on the day it drops!

UPDATE:  You won’t have long to wait for Good Guy with a Gun, as our friends over at Alter will be premiering the film on October 14th. Per Alter: The film is an exercise in toxic masculinity from the perspective of a narcissistic incel who under no circumstances should own a gun. In true ALT-Horror fashion, the film plays out like a satire that’s funny but at the same time is horrific and starts a conversation about Gun Control and masculinity in America. Alter’s Channel Manager Levi Hill calls Good Guy with a Gun one of the “favorite films we’ve ever presented” so don’t miss it!