Sinister 7: MAURIZIO GUARINI on 40 years of the “DAWN OF THE DEAD” soundtrack

Now that 2018 had come to a close, no less than three albums devoted to Goblin’s soundtrack for DAWN OF THE DEAD have come to light – including a double LP of the original soundtrack re-released from Waxwork Records, a new version of the score from Claudio Simonetti’s Goblin entitled “Daemonia,” and now the bulk of the original Goblin lineup (Massimo Morante, Fabio Pignatelli, Agostino Marangolo, along with Maurizio Guarini) have come together to release FEARLESS (37513 Zombie Ave), which celebrates both the 40th anniversary of George Romero’s “Dawn of the Dead” soundtrack, as well as “Suspiria,” also freshly over-the-hill. We caught up with Guarini to ask him a few questions about the new release.

1 How did you decide upon this particular release?
We were reaching the 40th anniversary of Dawn of the Dead, and the 41st for Suspiria. And we thought there are perhaps many people that were too young and not born at that time when we released these albums, it would be time to re-release them and to celebrate the 40th anniversary with a different kind of arrangement so the overall flavor is the same, but there are some new “orchestral” sounds on it. It’s a bigger type of sound, which we achieved electronically. The album includes 5 tracks from Dawn of the Dead, and 2 from Suspiria.

2 What was the process of choosing the material and putting the album together? How did you decide upon the tracks or cuts?
We chose the most iconic themes, of course that includes the main theme of Dawn of the Dead, and the other one, “Zombi,” which is more rhythmical. Then we put some less known songs – one is called “Oblio.”

3. What can we expect to hear in the new version of Suspiria?
There’s “Sighs” and “Suspiria.” You’ll hear the sound of the bouzouki and some choir. “Suspiria” been changed a little bit, especially the final part. But the overall flavor is maintained the same, because it’s so iconic. The final part of the song is totally different. It’s a surprise for whoever is going to listen to it.

4 You weren’t a member of Goblin when they recorded Dawn of the Dead, but you were for Suspiria. What had you been working on at the time?
I left Goblin [for a time] after Suspiria. But, basically, Dario Argento was part of the production. They said “yeah, the [library] music [on Romero’s American cut] is not good,” so music from Goblin had to be added after. I do not know the process itself of how the original score was put together. At the time I was working on Lucio Fulci’s movies, such as Zombi 2, City of the Living Dead, and The Beyond. This was back in ‘78 and ‘79.

5. You had also contributed to the keyboards for Shock, Mario Bava’s final film, around the same time.
I had never been part of Libra, who scored the film. On that particular album the keyboard player, Alessandro Centofanti, couldn’t make it, and I remember I went to the studio and recorded the keyboards. I wasn’t officially part of Libra, but of course we were all friends.

6: Suspiria and Dawn of the Dead are musically quite distinctive scores, with very different directorial approaches from Dario Argento and George Romero, respectively. How did the band decide on how to tackle these two films, musically?
They’re totally different movies. In Suspiria we tried to find this Greek sort of flavor to make something mysterious, and repetitive, because the film itself asking for music like that, all of [Dario Argento’s] horror nightmares. So it’s more particularly suited for that kind of sound and atmosphere. In Dawn of the Dead, of course it’s totally different. There’s a different kind of tension. There’s a massive number of people, the zombies, who arrive at the mall [and who are always seen moving about slowly onscreen]. The approach to the soundtrack has to be different.

7 What’s it been like getting back on the road to perform music from these films live? Are there any plans with the re-release of this to take this material on tour?
We did it for the first time in Australia in 2011. It wasn’t so easy to put it together to go in sync with the movie. [Dawn of the Dead] itself is really particular in terms of atmosphere, maybe it’s a bit slow now, because after 40 years the speed of the movies change. But [in performing live] we were projected back to when we were working on these songs, like being in a time machine. As for a new tour, don’t have any plans yet. Maybe we can come up with some ideas and tour again in the US. 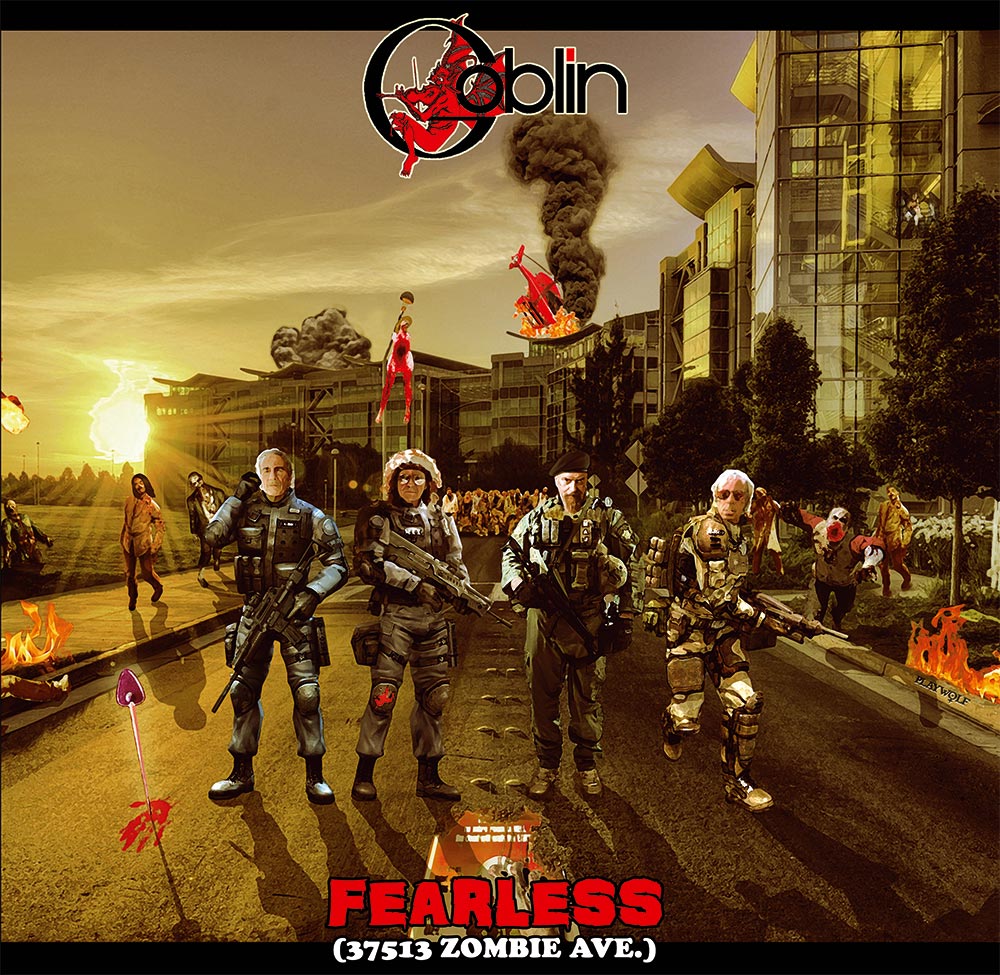