“Every corpse tells a story,” and Ryan Spindell’s fest favorite/Shudder Original has five good ones to share.

Shudder will premiere THE MORTUARY COLLECTION, written and directed by Spindell, on its service for the U.S, Canada, UK, Ireland, Australia and New Zealand October 15. Clancy Brown stars as Montgomery Dark, proprietor of Raven’s End Mortuary, where a young woman named Sam (Caitlin Fisher) turns up one day looking for a job. Dark tells, and we watch, a series of stories about how some of his “clients” came to their unfortunate ends. Each has a surprise at the end–as does Dark and Sam’s own interaction. The cast also includes Jacob Elordi, Barak Hardley, Sarah Hey and Christine Kilmer, and the effects were created by Oscar-winning Amalgamated Dynamics (TREMORS, the ALIEN sequels, DEATH BECOMES HER). THE MORTUARY COLLECTION has played the Fantasia International Film Festival (where it took the Gold Award for Best European/North-South American Feature), Fantastic Fest, Sitges, FrightFest Glasgow and Fantaspoa; see our review here. 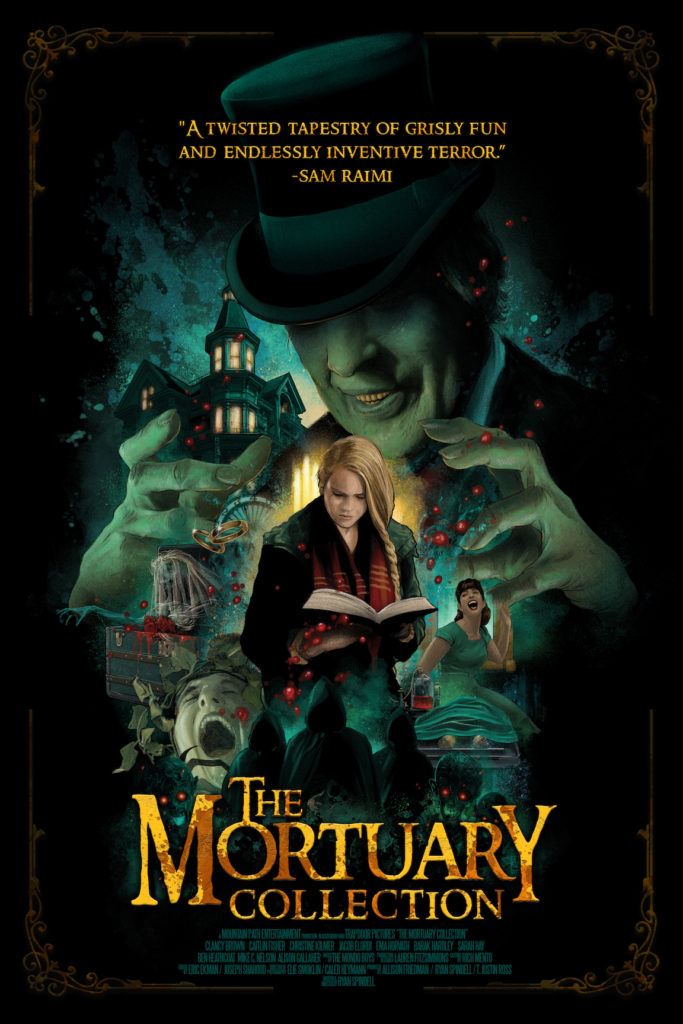