You may be wondering, dear reader, why this batch of short horror films for September has been released in October. It’s best to think of it not that the September list is late, but that you’re going to get not one, but TWO batches of horror shorts for October! Yeah, that’s the ticket.  Anyway, we’ve got some interesting stuff to get you in the Halloween mood, including an obnoxious YouTuber’s public demise, some monkey’s paw shenanigans, a peek at down the rabbit hole of extreme internet kink, and a unique look at how society might adapt to a catastrophic (and supernatural) event.

As always, if you or anyone you know have a short film you’d like me to consider or if you’ve got some news you’d like to share in the short horror world, please contact me via Twitter or email me at remedialhorror@gmail.com! 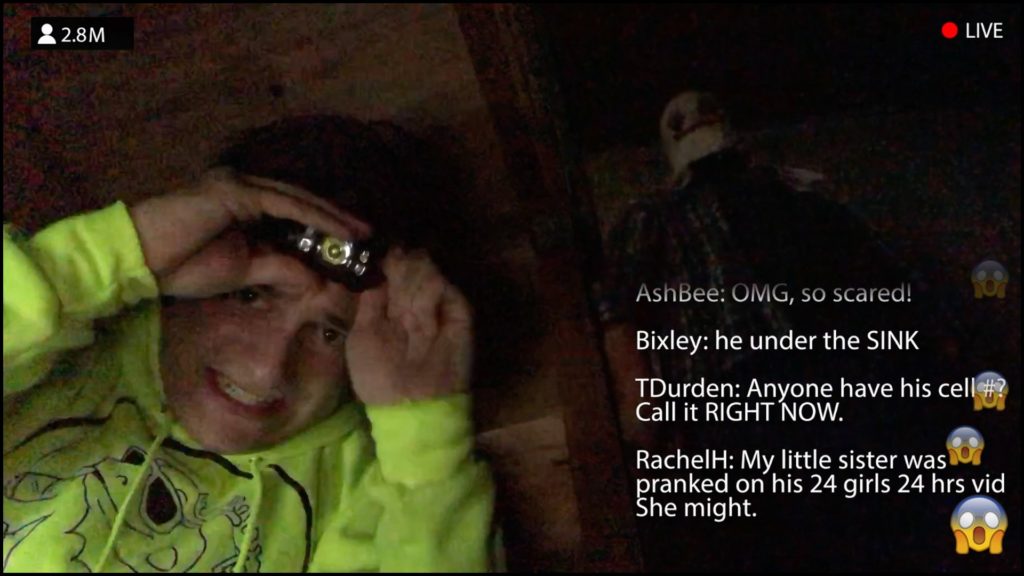 Chad Gets the Axe (2019)
Length: 13 minutes Director: Travis Bible Starring: Spencer H. Levin, Daniel L. Emmon
The best way to describe this movie is to imagine Jean Ralphio from Parks and Recreation doing a live feed from a murder house.  Director Travis Bible and star Spencer H. Levin have to walk a fine line here, as the titular Chad needs to be annoying enough to enjoy what happens to him but not so annoying that we get turn off the movie halfway through.  And they pull it off, even getting me to chuckle at some of Chad’s antics even while I was acknowledging that he’s a massive tool.  Plus ,it doesn’t hurt that in the end (spoiler alert) the title isn’t a misdirect and we get the climax we’re so badly hoping for.
Where you can find it: Streaming on Vimeo 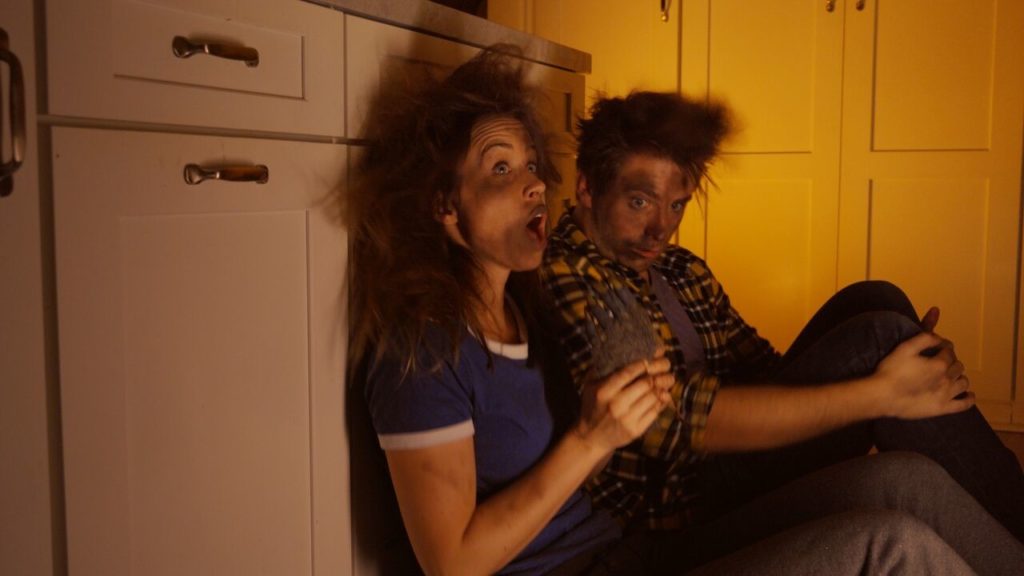 We Got a Monkey’s Paw (2018)
Length: 8 minutes Director: Aaron Pagniano Starring: Jacqueline Jandrell and Zack Ogle
Having a roommate can be a pain in the ass under the best of circumstances, but it’s made so much worse when the person you share a place with has an affinity for cursed objects.  In this case, a couple of roomies start messing with a monkey’s paw only to find themselves trapped in a morass of the undead, time travel, self-murder, and more mishaps from the simian artifact.  This one is horror by way of screwball comedy, and the central pair play damn well off one another.
Where you can find it: Streaming on YouTube 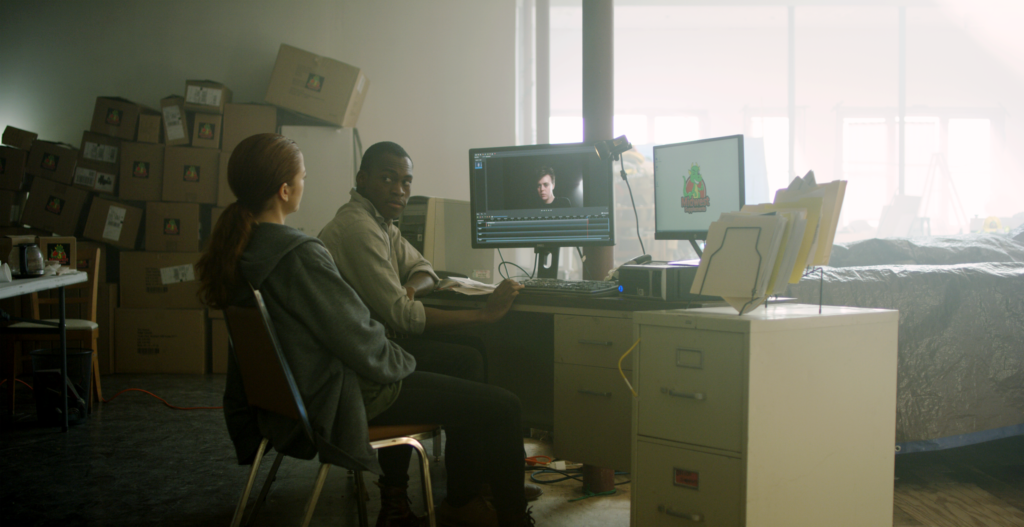 Black Pill (2019)
Length: 11 minutes Director: Jessi Gaston Starring: Avery Graham-Howard, Madeline Bernhard, Debo Balogun, Bella Wholey, Noah Berman, Gianna Mcgloon
Director Jessi Gaston explores a whole slew of heavy topics in this short about a transgender man deciding whether or not he’s willing to let himself be literally destroyed for the sake of sexual gratification.  Gaston dives into themes of identity, sexuality, our sense of worth, and the commodification of struggle.  It’s a messy film, both visually as we see the after-effects of the process, and figuratively as Gaston doesn’t seem to offer clear answers as to how we’re supposed to feel about the situation. But that’s kind of the point as these topics don’t lend themselves to simple answers.
Where you can find it: Making the festival rounds.  Check out the trailer here 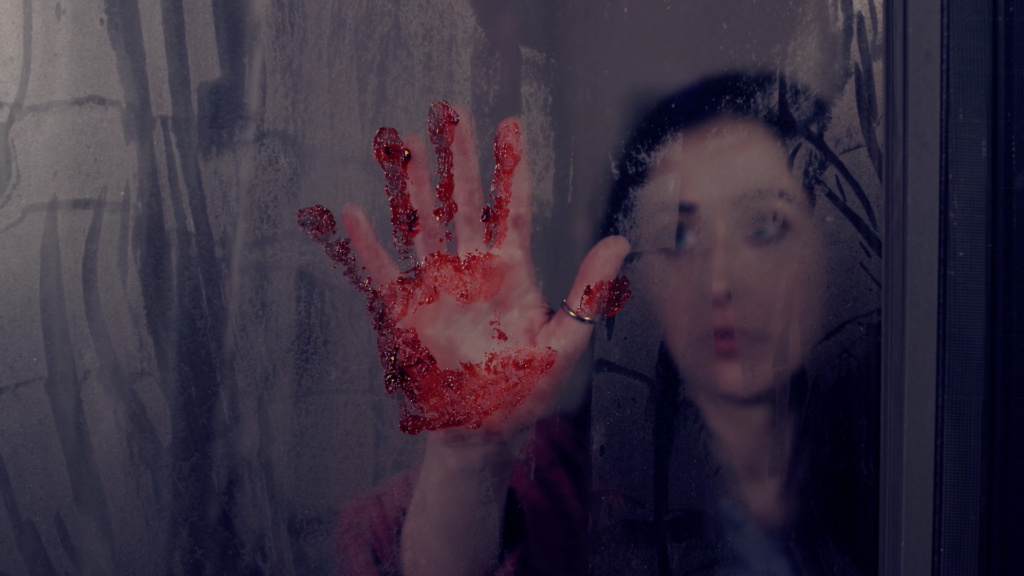 It’s Normal (2018)
Length: 16 minutes Director: Nicole Solomon Starring: Latresa Baker, Tara Cioletti, Rory Lipede, Chas H. Cleveland, Karen Fleisch, Bradley True
It’s pretty amazing (and sometimes scary) to consider how good we are as a species at normalizing pretty much anything.  In the case of Nicole Solomon’s It’s Normal, a vampire uprising isn’t so much marked by a dystopian wasteland as it is by support groups, crossbow sales, and potlucks meant to keep people in after sundown.  Solomon makes a compelling statement about the callouses we build about the horrible things that happen in the world, either because we don’t have a choice or because we’re not emotionally capable of facing them.  It’s a film that scares us not just by showing us the way things could be, but by reminding us of the way they already are.
Where you can find it: Streaming on Vimeo