Happy Halloween, horror fans! The current state of…well everything means that the celebrations are likely going to be a bit different this year, but we can always get into the spirit with some short horror films. This month, we’ve got a surreal revolution, a philosophical zombie, a haunted bowling alley, and more. Enjoy, and as always, if you or anyone you know have a short film you’d like me to consider or if you’ve got some news you’d like to share in the short horror world, please contact me via Twitter or email me at remedialhorror@gmail.com! 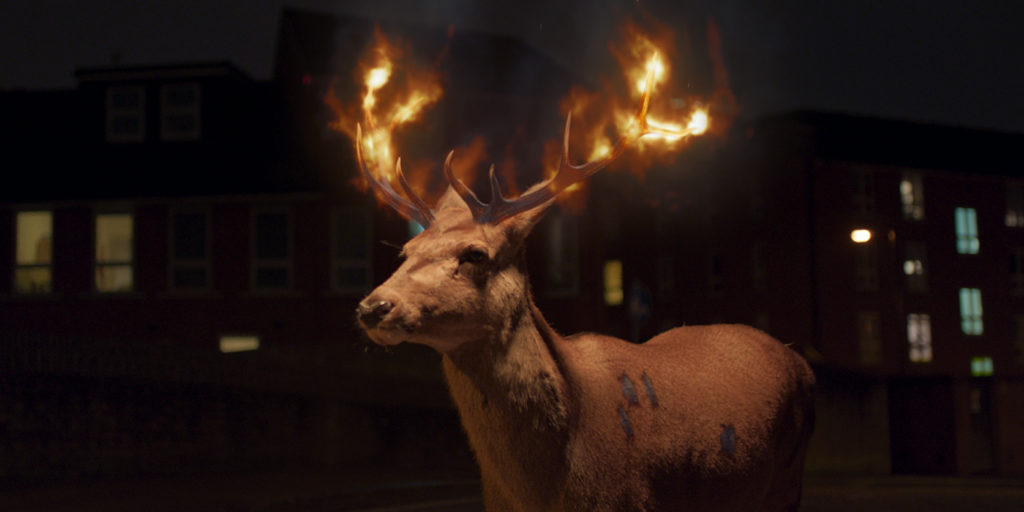 Estate (2020)
Length: 24 minutes Director: Tom Harberd Starring: Samuel Anderson, Dominique Tipper, and Martin McCann
This short film from Tom Harberd seems very appropriate for such a chaotic year. When a locally famous young man returns to his old neighborhood, he brings with him a destructive, seemingly supernatural sort of uprising. It’s unclear what his motivations are, and he seems comfortable with collateral damage, but the ramifications take on different meanings for different people. For some, his actions serve as a symbol while for others they have very specific, real-life consequences. Different viewers will likely have different takeaways from the film, but with dynamic visuals and terrific performances by Samuel Anderson and Dominique Tipper, it’s definitely worth a watch.
Where you can find it: Check out the film’s website for the trailer and to rent the full movie. 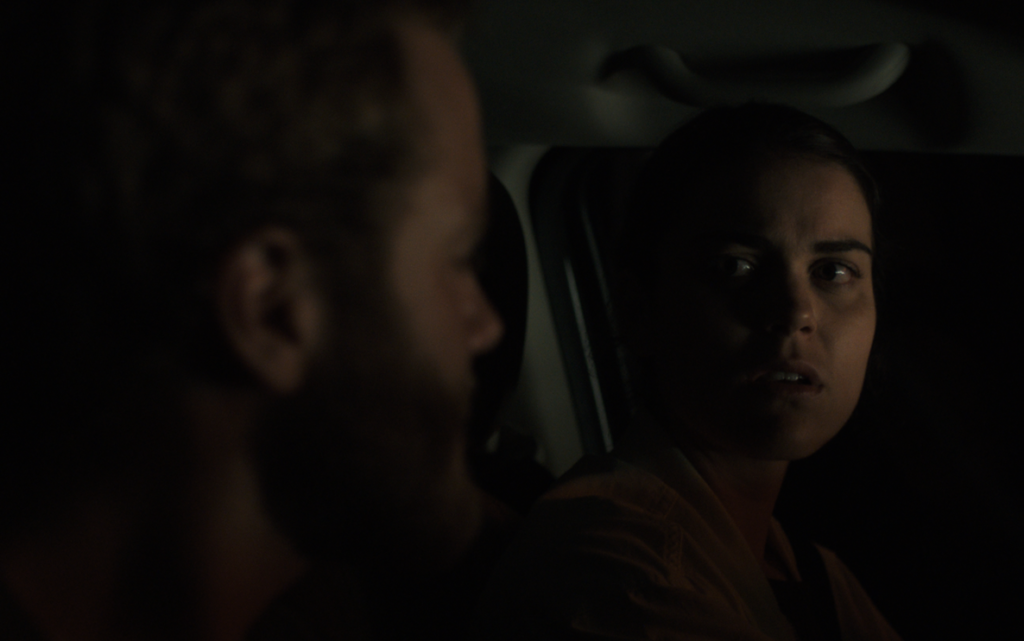 Morbus (2020)
Length: 9 minutes Director: Kerim Banka Starring: Benjamin Liddell, Nicole Hrgetic, Konstantina Mantelos
Morbus is a perfect short film for those who just want some straightforward chills. When a couple drives up to what looks like the scene of a car accident, they’re baffled when they discover all of the cars are empty besides some blood and a mysterious black liquid. Pushed by a desire to help and a sort of compulsive curiosity, they soon find themselves in way over their heads. It’s dark, ambient, and features some really effective makeup and sound design. Check this one out for some good, old-fashioned scares.
Where you can find it: Making the festival rounds. Watch the trailer here 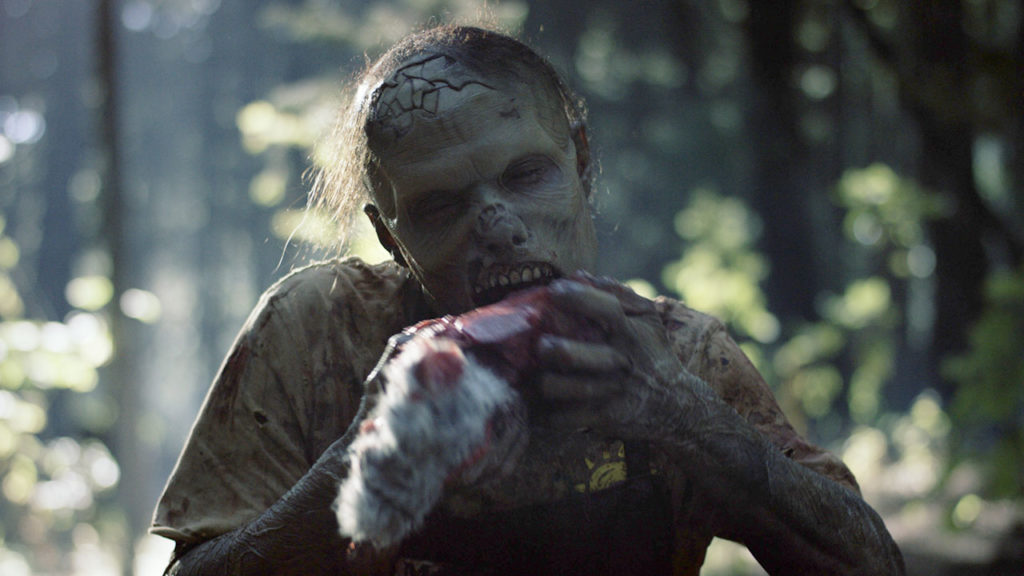 Mateo (2020)
Length: 3 minutes Director: Fernando Perezgil Starring: Waldo Facco, Benjamín Martínez (voice)
This may be the first movie to take on the philosophical themes of a zombie movie from the point of view of the zombie. The titular shambler has all of the hallmarks of a typical, Romero-esque zombie on the outside: he’s decaying, he’s got an insatiable hunger for flesh, and he’s unable to articulate much beyond grunts and groans. But within that exterior is a mind that still functions forced to lament the loss of his humanity and reflect on our mistaken assertions about our role on the planet. It’s a beautifully melancholy take on the zombie genre.
Where you can find it: Streaming on YouTube 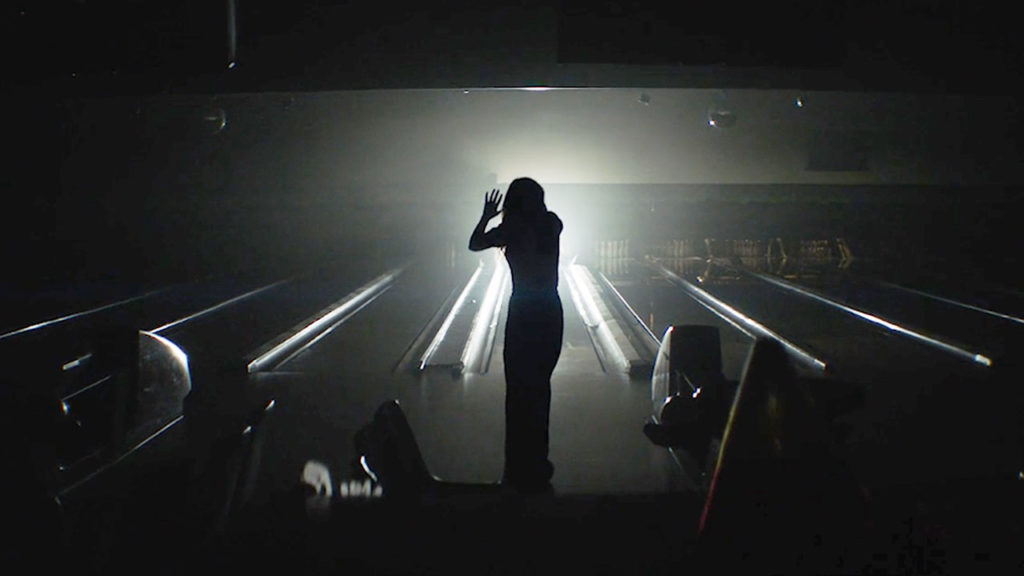 Lane 9 (2020)
Length: 15 minutes Director: Jessica and Richard Valentine Starring: Luke Schuck, Odette Galbaly
Bowling alleys can be creepy under normal circumstances, so it’s about time someone leveraged one for a ghost story. Two employees closing up for the night try to deal with the trauma of an elderly man inexplicably screaming in terror at the alley’s ninth lane. Of course, the trauma is just beginning as some kind of malevolent entity makes its presence known to the pair in all manner of spooky ways. Lane 9 is a neat little throwback to late-’70s horror that never gets too heavy-handed with the homage, and sets an effectively chilling mood for the Halloween season.
Where you can find it: Streaming on YouTube 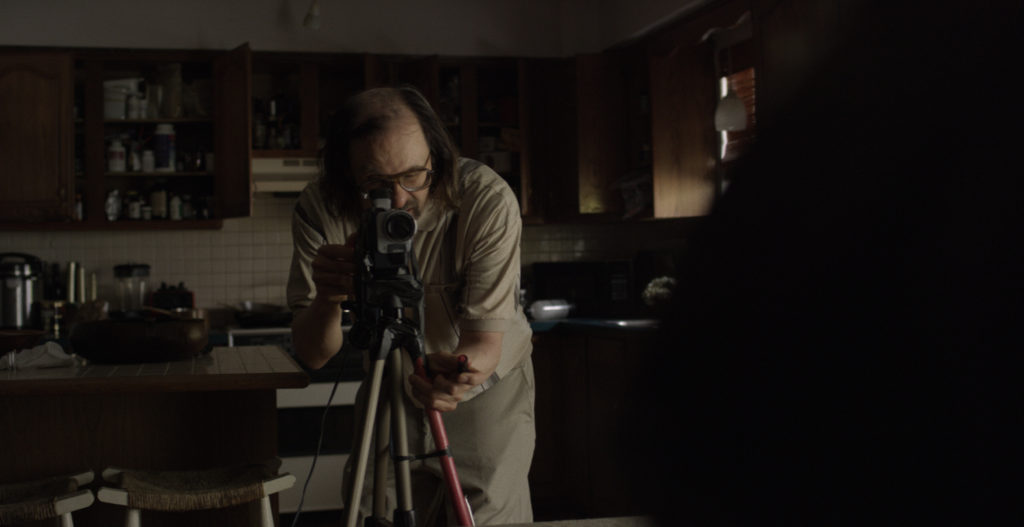 A Ben Evans Film (2020)
Length: 17 minutes Director: James Henry Hall & Bret K. Hall Starring: Sky Elobar, Pancho Moler
Make no mistake: this short’s titular character has some unresolved issues with his parents, and they manifest themselves in some bizarre ways when it’s revealed they’ve both passed away (hopefully by natural causes?). Yet when Ben decides to cast his parents’ corpses in a movie, it’s off-putting but somehow also kind of heartwarming. As horror fans know, there are certainly worse things you can do to a dead boy than stick a little rouge or a fake mustache on them. So while directors James Henry Hall and Bret K. Hall don’t try to present poor Ben as anything approaching stable, they also remind us that he’s still a human being and dare us to root for him to succeed. Or at least go peacefully when the cops show up.
Where you can find it: Streaming on Vimeo