Greetings, and welcome back for another fresh batch of short horror!  This month we’ve got an interesting mix of films, including one of the craziest faux trailers I’ve ever seen, a young couple who have to make a choice under less than ideal circumstances, one girl trying to make a buck however she can, another girl just trying to pass the time, and a soldier trying to put his fallen comrade to rest. 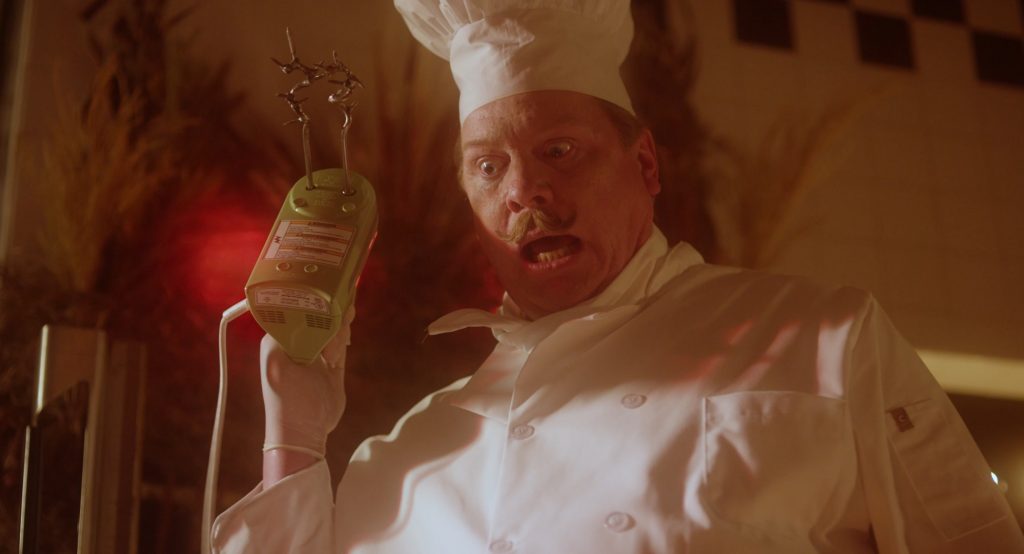 The Muffin Man (2019)
Length: 2 minutes Director: Ethan Blum Starring: W Casey McDonald
I love it when people are willing to lean into a nutty concept, and The Muffin Man is nothing if not committed to its own lunacy.  Structured as a trailer for a movie that I’m bummed doesn’t actually exist, Ethan Blum’s short is a nod to horror’s predilection for running a gimmick into the ground so hard that it comes back out the other side and becomes fun again.  Plus, as a lover of both Phantasm and Hellraiser, this short managed to work in nods to both films in a way that put a huge smile on my face.
Where you can find it: Streaming on YouTube 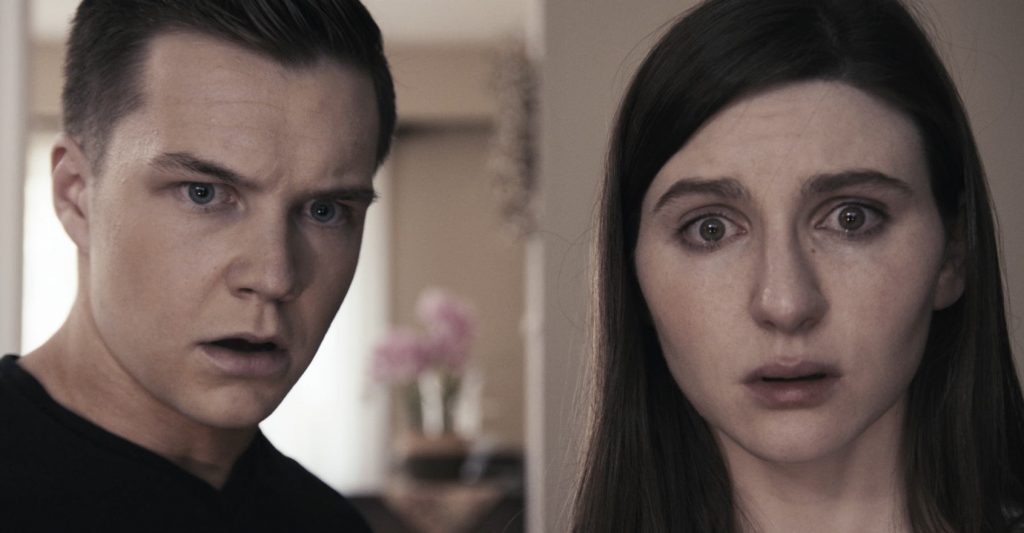 Split Decision (2018)
Length: 15 minutes Director: Scott Riopelle Starring: Lee Lawson, Blake Canning, Brooke Fletcher, Soli Joy
While I can’t point to one specifically, I wouldn’t be at all surprised if Scott Riopelle’s short film has its origins in urban legend.  When a teenage couple find their quiet night interrupted by a woman frantically knocking on their door for help, things take a path that have that hint of irony you usually find in a story your friends tell you actually happened to their best friend’s cousin’s roommate.  That kind of yarn is right in my wheelhouse, so when you throw in some fun performances and pretty gnarly special effects you get quite the effective film.
Where you can find it: Streaming on Vimeo 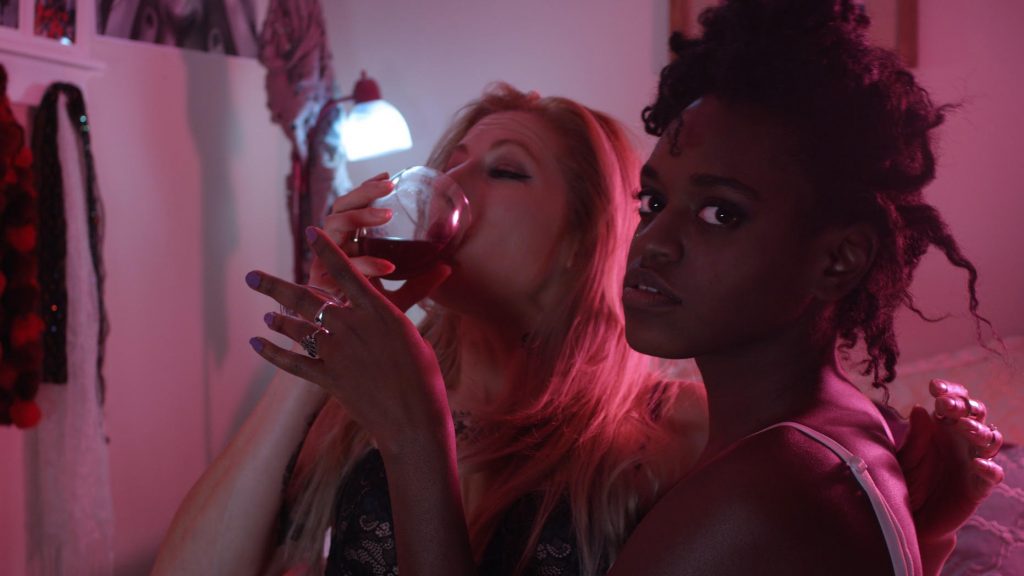 Sell Your Body (2019)
Length: 10 minutes Director: Jaanelle Yee Starring: Nadira Foster-Williams, Pauline Sherrow, Menuhin Hart
Well I’ll be damned.  Here we have another short based on an urban legend that I thought was a lot of fun (clearly, I have a type).  The big difference here is that director Jaanelle Yee uses a much more playful tone for her film as we follow a young girl trying to make ends meet with mountains of loan debt piled up for a med school that she never completed.  Having trouble paying her bills, she puts an ad out to meet a young couple looking for fun and…well, if you know your urban legends you probably know where this is going.  But as twisted as this is, it’s also a lot of fun and kind of sweet in a demented way, all of which is anchored by a great performance from Nadira Foster-Williams as our desperate would-be doctor.
Where you can find it: Streaming on YouTube 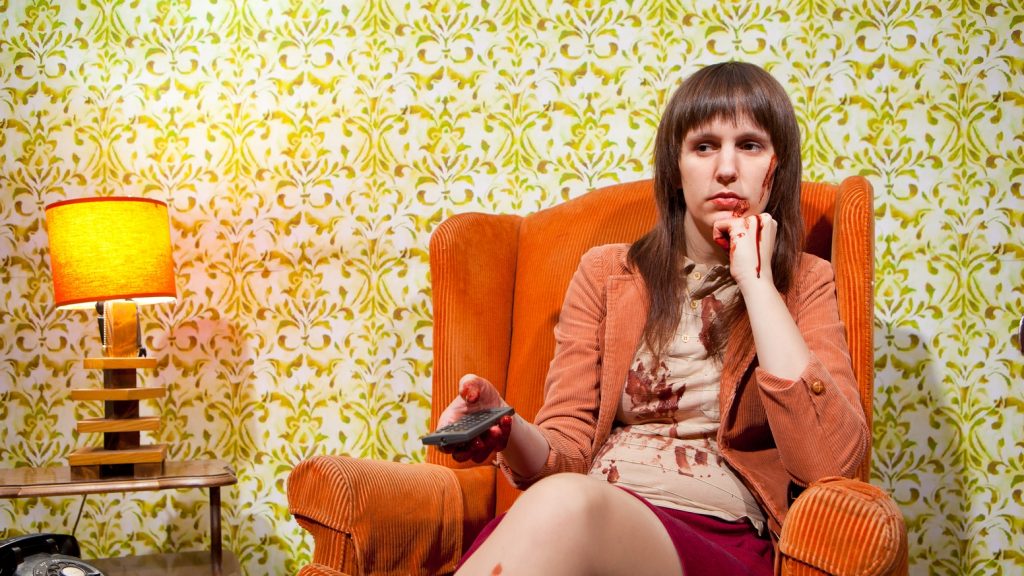 Killing Time with Lizzie Boredom (2019)
Length: 10 minutes Director: Elizabeth J. Theis Starring: Elizabeth J. Theis
Elizabeth J. Theis must be exhausted after making this film, which sees her not only directing but also starring in multiple rolls for her short about a woman with way too much free time at home after her parents have a bit of an accident.  She whiles away most of her day imagining herself as the star of various sitcoms and commercials, each one more odd and morbid than the last.  It’s a perfectly bizarre bit of surrealism that made for a really fun watch.
Where you can find it: Making the festival rounds.  Check out the trailer here.

Wandering Soul (2019)
Length: 12 minutes Director: Josh Tanner Starring: Lap Phan, Henry Vo
It probably won’t come as a big surprise to anyone, but the Vietnam War kinda sucked and no one came out of it clean.  Such is the case, both literally and figuratively, in Josh Tanner’s short film about a Vietnamese soldier desperately trying to finish a death ritual on his fallen comrade in the tunnels under a firefight.  It’s a dark, closed-in film that will leave you craving a breath of fresh air.
Where you can find it: Streaming on Vimeo