Happy Halloween(ish), horror fans! As you’re getting ready to take part in whatever parties, movie marathons, or other delightfully spooky activities you’ve got planned, don’t forget to take some time to appreciate a few short horror films. On the docket this month, we’ve got a western claymation with heavy splashes of horror, an interesting take on the life of a horror host, and an amazing winter-set creature feature. Enjoy this month’s shorts, and as always, if you or anyone you know have a short film you’d like me to consider or if you’ve got some news you’d like to share in the short horror world, please contact me via Twitter or email me at remedialhorror@gmail.com! 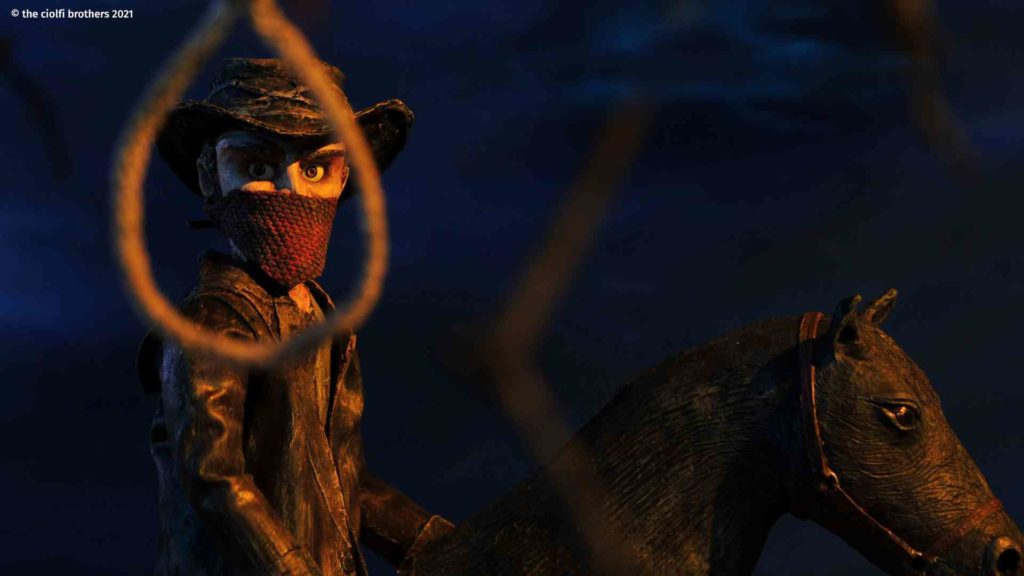 From Hell He Rides (2021)
Length: 15 minutes Director: Adam Ciolfi
It’s funny to think how easy it is to overlap westerns with horror. The classic anti-hero revenge gunslinger arc has a lot of similarities with the slasher narrative, as we see in Adam Ciolfi’s latest stop-motion short From Hell He Rides. When a group of baddies lead by a corrupt lawman start getting picked off by a mysterious man with some rather pronounced rope burn on his neck, they believe it might be someone from their past back to haunt them. The stop-motion work is fantastic, with an attention to detail and color work that make this a really fun, gritty western romp with definite horror undertones.
Where you can find it: Streaming on YouTube 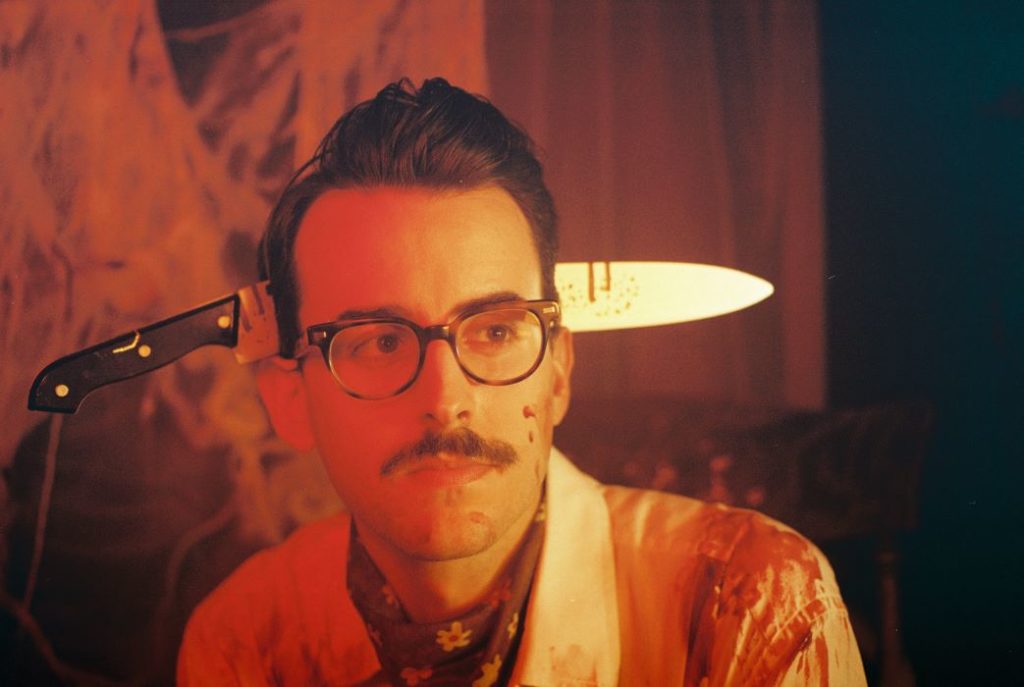 Synonymous With (2021)
Length:  12 minutes Director: Thom Hilton Starring: Remy Germinario, Mark McGann, Thom Hilton
This mockumentary featuring an interview with a cult public access personality is not only a bittersweet ode to the horror host, but an interesting look at navigating horror and identity. As former horror host and local celebrity Syn, Remy Germinario navigates the complexity of being a creative in niche horror as he weighs the uncertainty of the venture’s ultimate worth against the inherent joy he got in doing it while it lasted.  There’s also an interesting discussion about queer identity in horror as Syn’s sexual identity flows as an undercurrent through the interview. It’s a surprisingly quiet, poignant film considering the usual approach to horror hosts, and one that brings a refreshing new angle to the material.
Where you can find it: Streaming on Vimeo 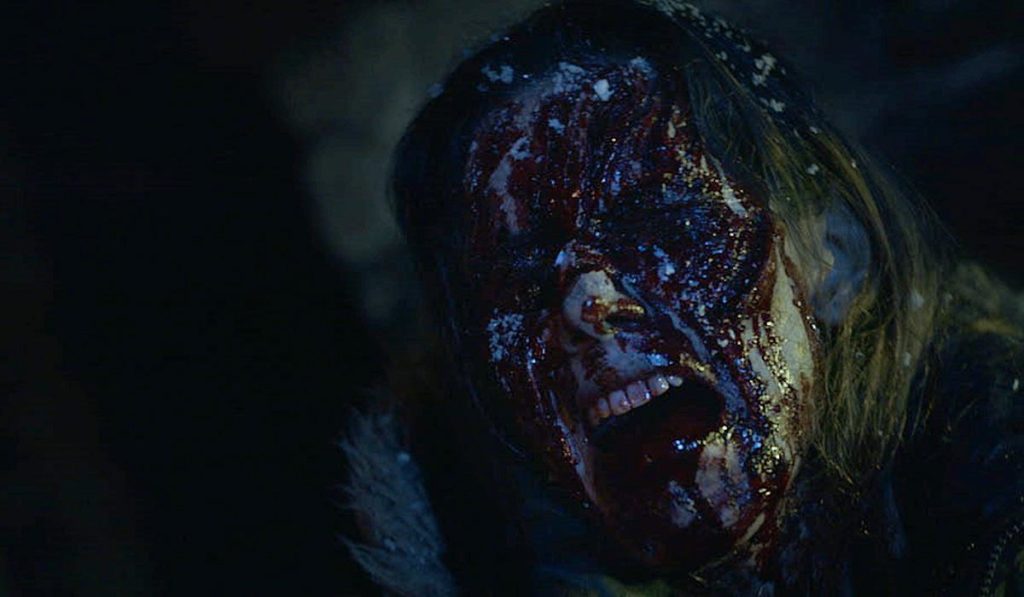 The Relic (2021)
Length:  14 minutes Director:  J.M. Logan Starring: Johnny Wactor, Stephanie Einstein, Jesse Einstein, Andrew Oliveri, Megan Le
A lot of short films by their very nature tend to be smaller scale, and while that’s true to a certain extent in J.M. Logan’s The Relic, there’s also something surprisingly grand about it. When a small band of treasure-hunters find a naked, bloody man in the middle of a wintery wilderness, they have a feeling it has something to do with a recent artifact they discovered. And indeed, when the entity behind the titular relic manifests itself, things go very bad very quickly with a creature reveal that you just don’t get very often in movies of this size. It’s simple, straightforward horror that’s just brilliantly executed.
Where you can find it: Streaming on YouTube