Hello short horror fans, and welcome back for a new batch of Short Cuts. As the days get shorter and we get closer to the end of 2022, take a few minutes for a new batch of shorts, including a farcical body horror comedy, some cosmic horror with a dash of kink, and moody historical fiction from 1800s India. Enjoy, and as always, if you or anyone you know have a short film you’d like me to consider or if you’ve got some news you’d like to share in the short horror world, please contact me via Twitter or email me at remedialhorror@gmail.com! 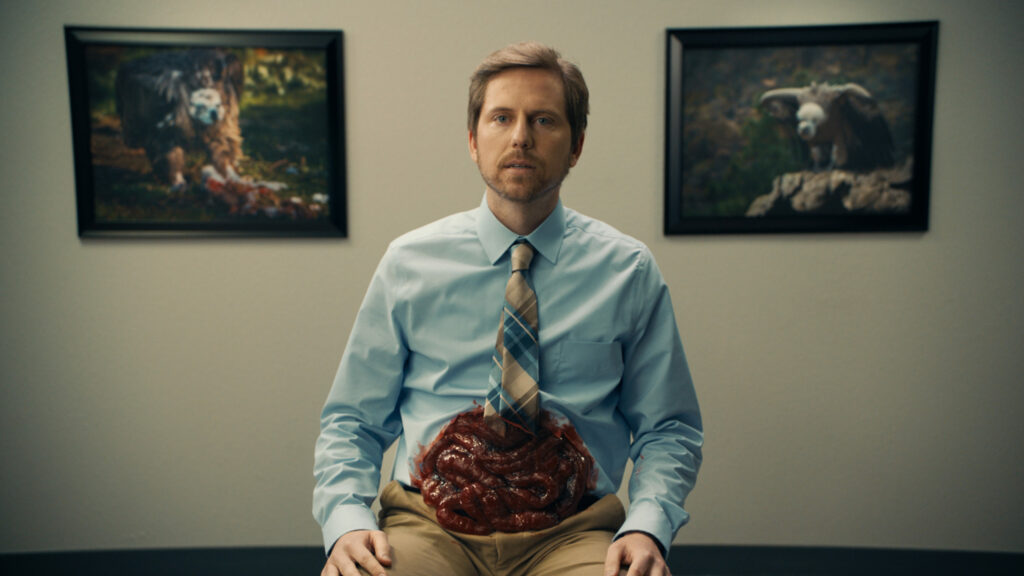 Guts (2021)
Length: 8:03 minutes Director: Chris McInroy Starring: Kirk Johnson, Jeremy King, Mike Carreon, Sydney Huddleston, David E. McMahon
Working in an office bullpen can be difficult under the best of circumstances, so imagine having to navigate all of the backstabbing and passive aggression while your intestines are permanently hanging halfway out of your stomach. Such is the plight of poor Horace, whose goopy external innards cost him a promotion, put him on the outs with his office crush, and make him the target of the new office bully. The whole affair plays out with the surreal comedic flavor of Wet Hot American Summer with a healthy dose of splatstick gore to satisfy us horror fans. In particular, you’ll should be sufficiently entertained/grossed out by Horace’s solution to finally internalize those vital organs. Watch this one before your lunch break!
Where to find it: Streaming on YouTube 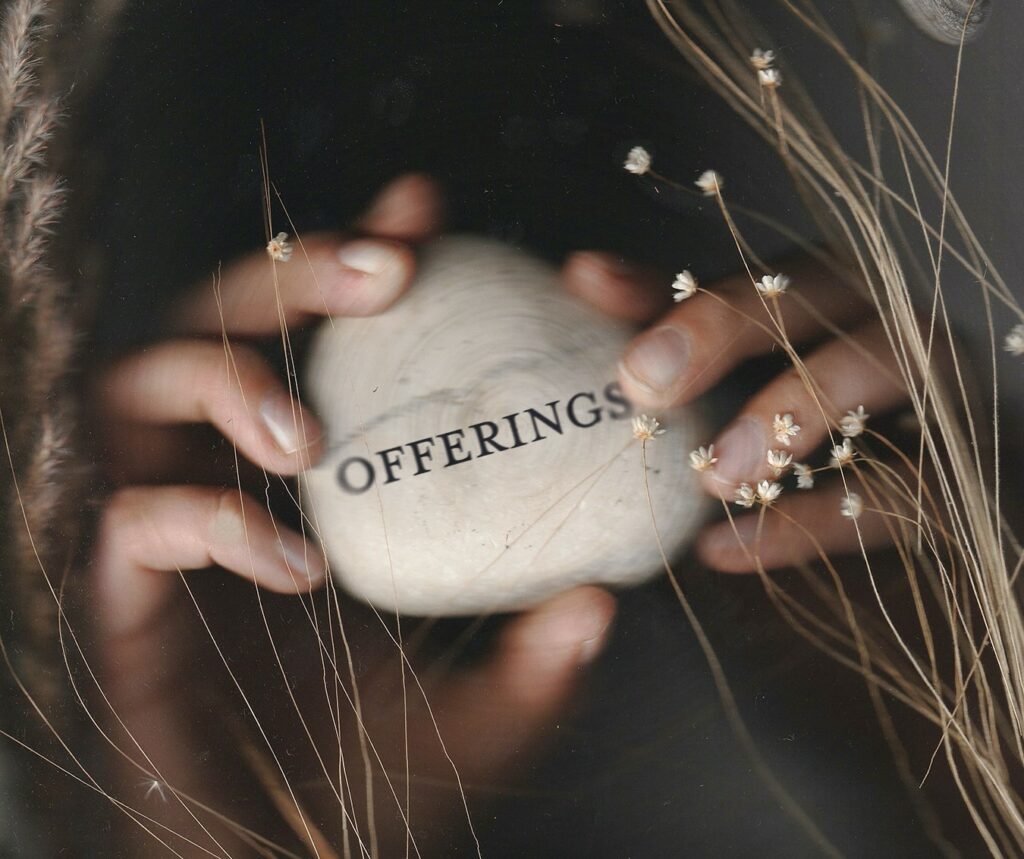 Offerings (2020)
Length: 11:01 minutes Director: Shane Bannon Starring: Megan Barker and Tim Torre
What appears to be a normal, suburban life for a young couple belies an obsession with mysterious, powerful gods who bestow gifts upon those who worship them appropriately. As is often the case, however, the gods tend to be a little vague about what “appropriate” looks like, so the couple struggles as they find their marriage cold and their gifts slowly being stripped away. But in her despair, the woman finds that self-sacrifice may be the name of the game as an errant cut proves to be just what the gods ordered.  As the couple seems to revive emotionally and sexually, the story explores an interesting intersection of spirituality and kink that doesn’t necessarily offer any concrete answers. But it does set a sexy, emotionally charged mood that makes for a really interesting watch.
Where to find it: Streaming on YouTube

Catch a Butcher (2021)
Length: 10:55 minutes Director: Cassiah Joski-Jethi Starring: Rahmanique Ahluwalia, Faith Knight, Manpreet Bambra, Kiran Virdee, Etisyai Philip
Cassiah Joski-Jethi’s film follows a young nurse named Deandra, whose first night on the job at a maternity ward in 19th Century India reveals that babies born of white men and Indian women have been mysteriously disappearing. As Deandra digs deeper into the disappearances, she finds a sinister presence in the bowels of the hospital linked to the disappearances. Joski-Jethi leverages a slow, measured atmosphere and the cast, in particular Rahmanique Ahluwalia, give deep, emotional performances to cut through the insidious horrors manifest in British colonialism. Not surprisingly, it makes for a pretty grim film, but one that offers some sense of hope for characters who refuse to let colonialism go unanswered.
Where to find it: Streaming on YouTube