Greeting short horror connoisseurs, and welcome back to a new installment of Short Cuts. We are back after taking the month off, and we’ve got some really fun stuff in this latest batch including a person who thwarts a killer with clutter, a malevolent specter with grammar issues, the bloodiest of proms, and a fun take on They Live that replaces sunglasses with weed. 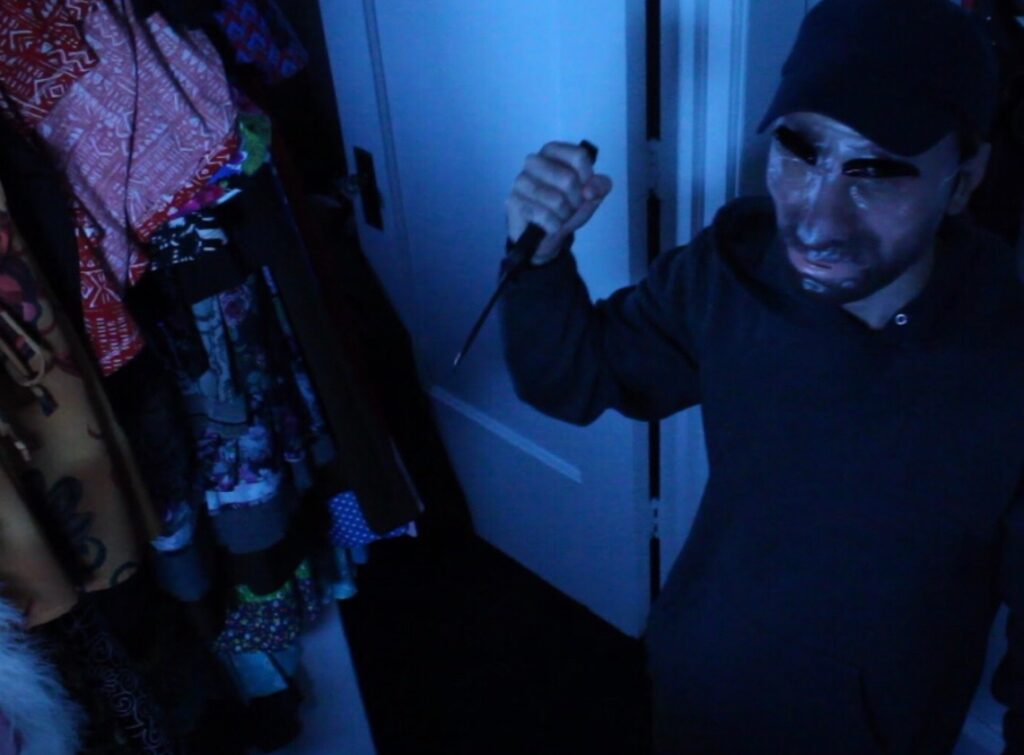 Messed Up (2022)
Length: 7:57 minutes Director: Lucé Tomlin-Brenner Starring: Ellie Race-Moore, Dennis Curlett, Danny Cymbal
In her new short film, director Lucé Tomlin-Brenner ponders the question, “but what if being a hoarder could save your life?” Things start innocuously enough with a young couple, Ellie and Dennis, as Dennis passive aggressively needles Ellie for her lack of tidiness in the apartment. But it appears that the joke is on Dennis when a masked murderer invades the apartment, and the only thing that can foil his bloodlust is the random detritus that’s accumulated throughout the apartment. To be clear, this is all very tongue in cheek, but can I say that for as funny as the chase sequences are in what appears to be a two-bedroom apartment are also still pretty tense? This one might make you think twice about finally taking that bag of old clothes to Goodwill.
Where to find it: Streaming on Vimeo 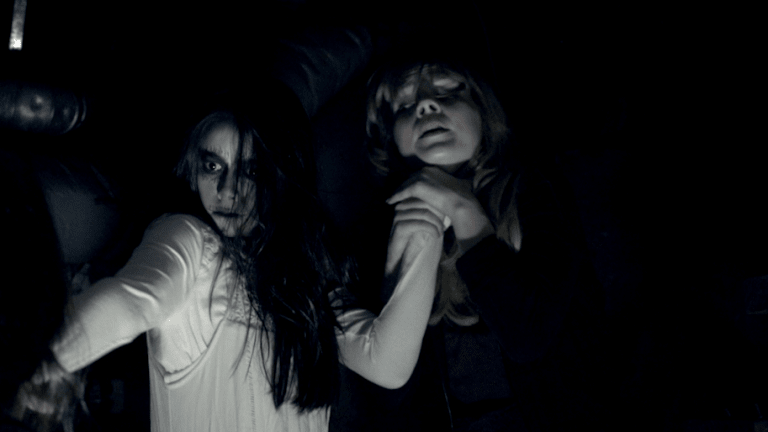 Weeji (2017)
Length: 4:47 minutes Director: Allisyn Snyder (listed as Allisyn Ashley Arm) Starring: Abbie Cobb, Matthew Scott Montgomery, Wes Aderhold, Emily James, Hayley Ogas, Chris Worley, Wesley Cole
I love the idea of a disrespected evil entity. And you don’t get much more disrespect than continually being corrected on your spelling and grammar as you try to use a Ouija board to strike fear into the hearts of those you mean to do harm. Such is the case when a group of people hold a séance in a creepy, old basement and are confronted by a spirit who, while certainly terrifying, can’t quite muster up the ability to tell the difference between they’re/their, your/you’re, etc. But fear not, if you’re someone who aligns more with the grammatically challenged spirit, you’ll get some catharsis out of the various ways she dispatches the jerks obsessed with red-inking her tidings of doom.
Where to find it: Streaming on YouTube 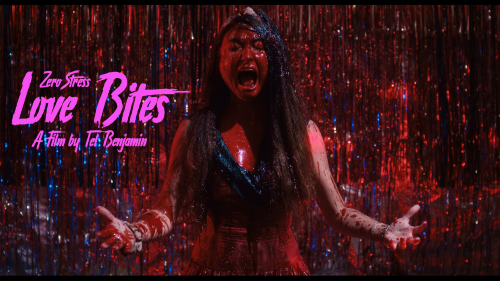 Love Bites (2022)
Length: 5:39 minutes Director: Tel Benjamin Music by: Zero Stress
This music video from Tel Benjamin features a really fun synth wave song from band Zero Stress, but it’s also got a really fun narrative. It’s prom night, and the class geek and prom queen have secretly longed for one another. But their fairytale moment is interrupted when the faculty reveal themselves to be flesh-eating ghouls. Splatstick hijinks ensue as blood and body parts begin to fly, but not to worry as our star-crossed lovers do get their happy ending (a spoiler that I don’t think will ruin your enjoyment).
Where to find it: Streaming on YouTube 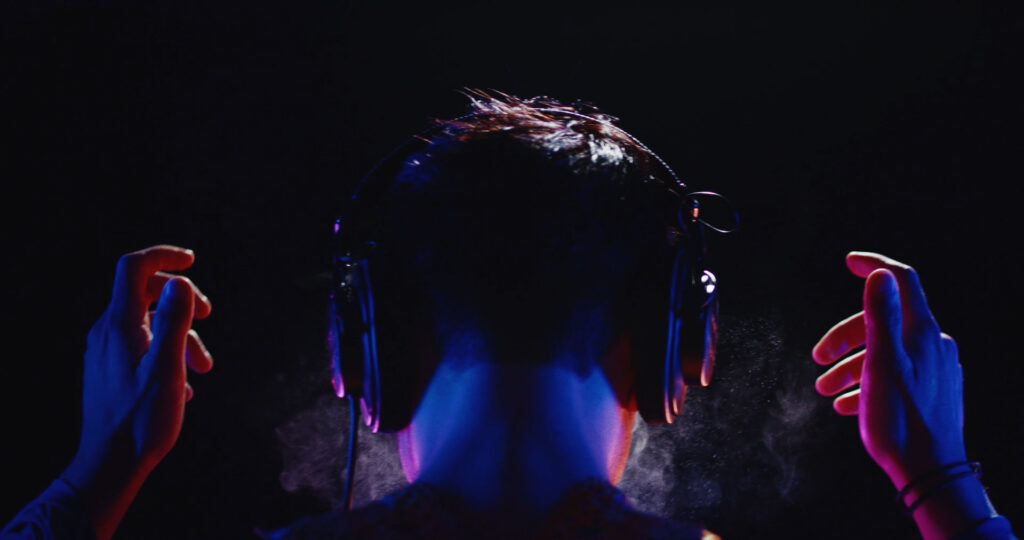 Logan Lee & The Rise of the Purple Dawn (2020)
Length: 8:18 minutes Director: Raymond Lai Starring: Osric Chau, Nikki SooHoo, Karen Maruyama, Luke Guldan
When high school student and budding DJ Logan shows up to a party late, he’s worried that maybe he shouldn’t have taken a hit off the joint offered to him by his stoner aunt. But it turns out that the mystical weed he inhaled is the only thing that can open his eyes to the aliens that have infiltrated his neighborhood, and it may be the only line of defense he has to protect himself and best friend/crush. It’s all very playful and sweet, and makes for really fun sci-fi romp.
Where to find it: Streaming on YouTube