Welcome back to another round of Short Cuts! There’s a lot of fun stuff going on in short horror right now, including right here at Rue Morgue.

We recently announced the winners of the Quarantine Short Film competition, where we partnered with Sinister Nights, the SIN Film Festival, and Slasher to evaluate 117 shorts from 10 countries!  Check out the winners over at Rue Morgue TV.

Also, be sure to check out the Etheria Film Nights Shorts lineup over at Shudder, featuring nine new horror shorts from up-and-coming women filmmakers!

And, of course, we have some fun stuff for this round of Short Cuts, with this month’s batch of shorts including a fantastic indie anthology, some delightfully gritty queer horror, a dread-soaked vintage short, and more! As always, if you or anyone you know have a short film you’d like me to consider or if you’ve got some news you’d like to share in the short horror world, please contact me via Twitter or email me at remedialhorror@gmail.com! 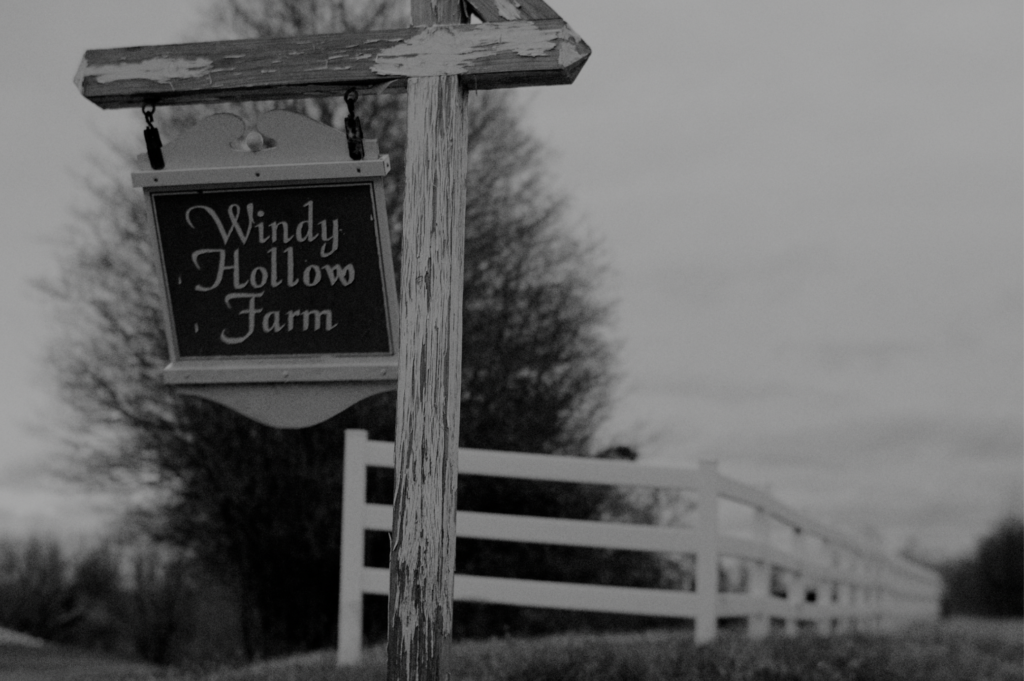 The Howling Wind (2020)
Length: 16 minutes Director: Lorian Gish & Justin Knoepfel Starring: Anthony Arkin, Mark Silverman
I can’t get enough of small stories that hint at larger ramifications.  In the case of The Howling Wind, a man in a small rural town is hunkering down at home as he listens to news alerts on the radio warning of dangerous storms passing through the area that make those caught in them act erratically.  When it turns out a young man managed to sneak into his basement, claiming to have gotten in just before the storms hit, the tension almost drips off the screen as the two men feel each other out.  The black-and-white fits perfectly with the Kennedy-era setting for the film, and gives everything an added layer of eeriness.
Where you can find it:  Making the festival rounds.  Watch the trailer here. 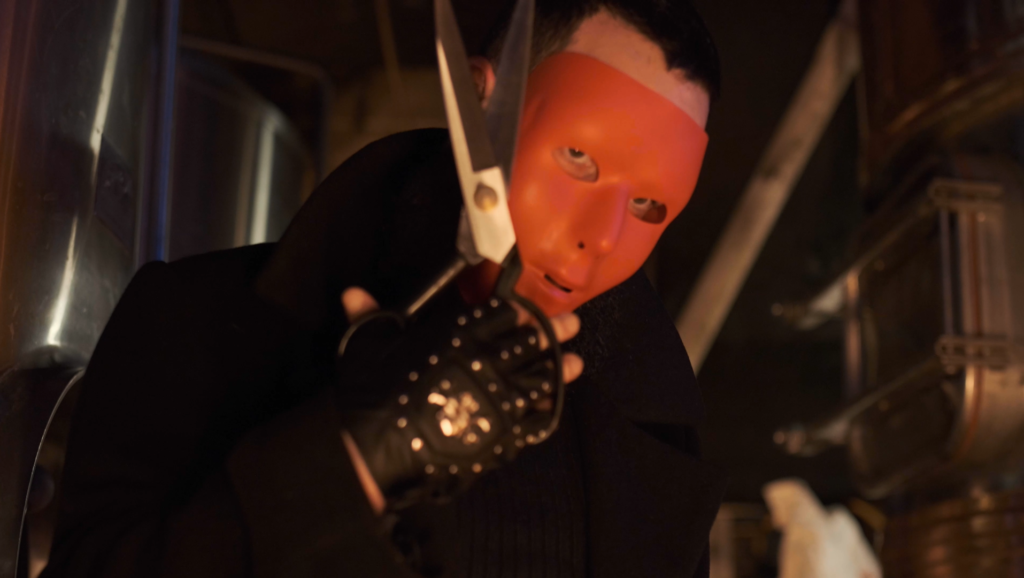 Slaybor Day 7 (2019)
Length: 12 minutes Director: Justin Menoche Starring: Derek K. Moore, Paul Noonan, Sissy O’Hara, Jillian Menoche, Chelsea Forsgren
If you’re concerned that you missed Slaybor Days 1-6, don’t worry they don’t actually exist.  But we do see some fun glimpses of them in this short film, framed as spoofy mashup of Unsolved Mysteries and a “Where Are They Now” segment, as the star from the Slaybor Day franchise looks to make a grand return.  It pokes fun at all kinds of slasher tropes, but it also pokes fun at itself so it never becomes smug.  If you’re down with meta-horror then you should dig this one.
Where you can find it: Watch the trailer here. 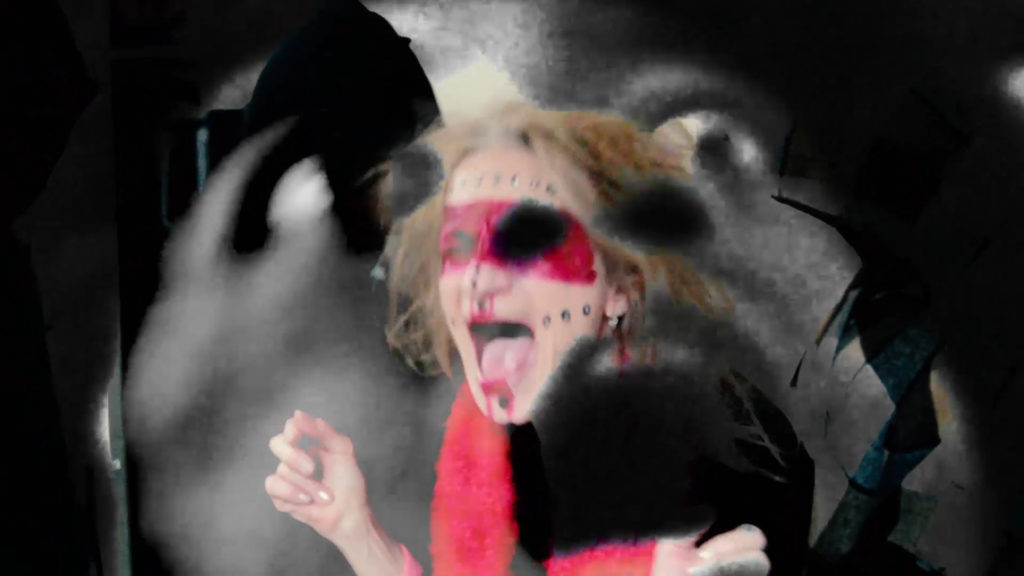 Innocent Boy (2020)
Length: 12 minutes Director: Brock Cravy Starring: Unique Jenkins, Kamy D. Bruder, Michael Vincent Berry, Ian Michaels
I really love movies that incorporate a pink and purple color palette, because usually the colors pop and give the film a clean, vibrant look.  But Brock Cravy does something interesting by taking those colors and making something quite dirty.  And I mean that both literally and figuratively, as this short about a young trans boy trying to survive life in a drug-fueled brothel is both grimy and sexual.  Everything about it is compelling in a way that will leave you uncomfortable, yet wanting more.
Where you can find it: Check out viewing options and the trailer here.

Noctambulos (2019)
Length: 9 minutes Director: Romen Rivero Starring: Sabina Zambrano, Manuel Aragones, Santiago Santana, Carlos Carnero, Jesus Extravis
If I’m being honest, you’ll probably see where this Spanish import (called Night Owls in English) is going early on in the proceedings, but if you’re like me that won’t matter as it’s still a slick take on the subject matter with a hypnotic soundtrack.  And if you watch the short and wish there was more, hopefully you’re in luck, as Rivero has a script ready for a feature length version called Night Birds, and he’s currently seeking international co-production partners for the project.  Fingers crossed!
Where you can find it: Streaming on YouTube. 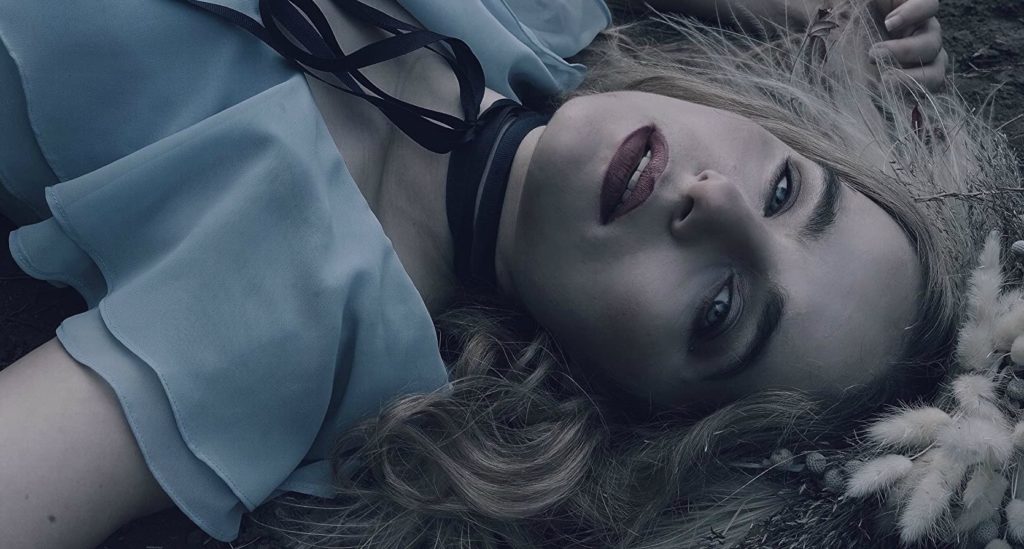 M.V.B. Films Horror Anthology III: Paranormal (2020)
Length: 46 minutes Director: Meosha Bean Starring: Lou Pizarro, Taylor Lyons, Bradford A Wilson
Meosha Bean has been putting in some work as a short horror film director, as she’s released not just one, but six short films in one anthology.  As indicated in the title, there’s a supernatural theme to all of these shorts, but it manifests in a wide range of ways, from a radio DJ stalked in his studio, to a woman battling literal and metaphorical demons, to a ghost hunter who can’t help but investigate her friend’s barn even though she’s supposed to be on vacation.  I’m impressed by Bean’s ability to navigate different sub genres and tropes in a way that gives the anthology variety while still having her fingerprints on each piece.  In particular, her use of music and sound are very effective in drawing you into each segment, giving the whole thing an other-worldly atmosphere.
Where you can find it: Streaming on Amazon.  Watch the trailer here.