Welcome back for a brand new batch of Short Cuts featuring a death row inmate making a pretty bold request for his last meal,  parents who try to ease their pain after a loss only to make things far worse, an office worker who really has it out for the new guy, and a recovering addict who’s about to relapse in a big, bloody way.

One Last Meal (2019)
Length:  11 minutes Director:  Jill “Sixx” Gevargizian Starring:  Matt Mercer, Tim Marks, Jake Martin
It takes some finesse to tackle a topic as touchy as the death penalty (and even more so to do it in the context of a black comedy) but Jill Gevargizian does just that in her short film about the lengths a warden will go to in order to uphold the traditions we put in place to make ourselves feel more humane.  Make no mistake, the guy due for his last meal is not a good fella and Gevargizian doesn’t try to make him sympathetic.  But she also doesn’t do any favors for the guy itching to pull the switch if he can just get by that pesky last meal request.  It’s a twisted tale told with an evil smile.
Where to find it:  Making the festival rounds.  Follow Gevargizian’s website for updates.

The Dollmaker (2019)
Length:  9 minutes Director:  Al Lougher Starring:  Perri Lauren, Sean Meehan, Dan Berkley
Director Al Lougher describes The Dollmaker as being inspired by Pet Sematary,. And the two films definitely share some themes, particularly that of a couple’s attempt to cope (or not cope) with the loss of a child.  Lougher takes this premise in a new direction, however, as right away the parents know that the titular doll maker doesn’t offer to return their son, but rather offers something of a supernatural salve that he warns can do more harm than good if overused.  The film is, as would be expected given the material, quite melancholy, but I was particularly impressed by the gut punch of a final twist.
Where to find it:  Streaming on YouTube.

The Office is Mine (2019)
Length:  13 minutes Director:  Michael Varrati Starring:  Ben Baur, Chris Salvatore, Navaris Darson, Sarah Nicklin
This dark comedy from Michael Varrati explores how identity and tokenism can wreak havoc on a person’s psyche.  Zac takes pride in being The Gay Guy at his office, giving out fashion tips and suggesting all the cool new bars to his colleagues.  But when the new hire seems to threaten that role, Zac quickly unravels.  The scenario is played for laughs, but there’s also some truly disturbing beats made all the more off-putting by the short film format, where Zac goes from zero to psychotic in almost no time at all.
Where to find it: Making the festival rounds.  Follow Varrati’s Twitter page for updates. 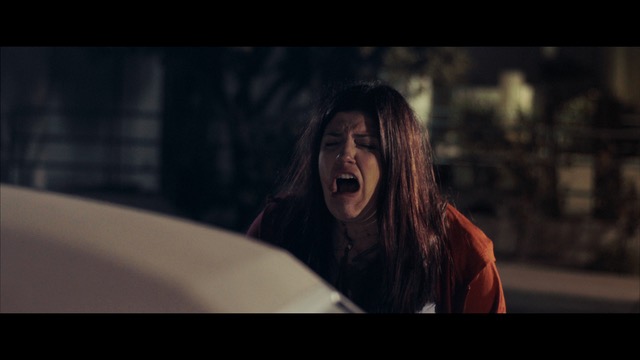 Boo (2019)
Length:  15 minutes   Director: Rakefet Abergel Starring: Rakefet Abergel, Josh Kelly, Parisa Fitz-Henley, Laura Slade Wiggins, Michael Villar
Anyone suffering from addiction or even with loved ones who suffer from addiction can tell you:  it sucks.  Rakefet Abergel gives new meaning to this struggle as she directs and stars in a short film about a woman whose night takes a bad turn just moments after receiving her seven-year recovery chip.  Told through a series of flashbacks, we find out more about what makes our protagonist’s particular addiction so…unique, and in the end we see how addiction tends to wind up coming back to bite not only the addict, but those they love most.
Where to find it: Making the festival rounds.  Watch the trailer here.