Welcome back to Short Cuts, where we’re kicking off 2022 with a batch of short horror films that includes a fun Unsolved Mysteries homage, a ghost story with a healthy injection of sci-fi, a tragically beautiful story about coping with abuse, and an interview with two parents whose attempt at a Christmas present goes comically and horrifically awry. As always if you or anyone you know have a short film you’d like me to consider or if you’ve got some news you’d like to share in the short horror world, please contact me via Twitter or email me at remedialhorror@gmail.com! 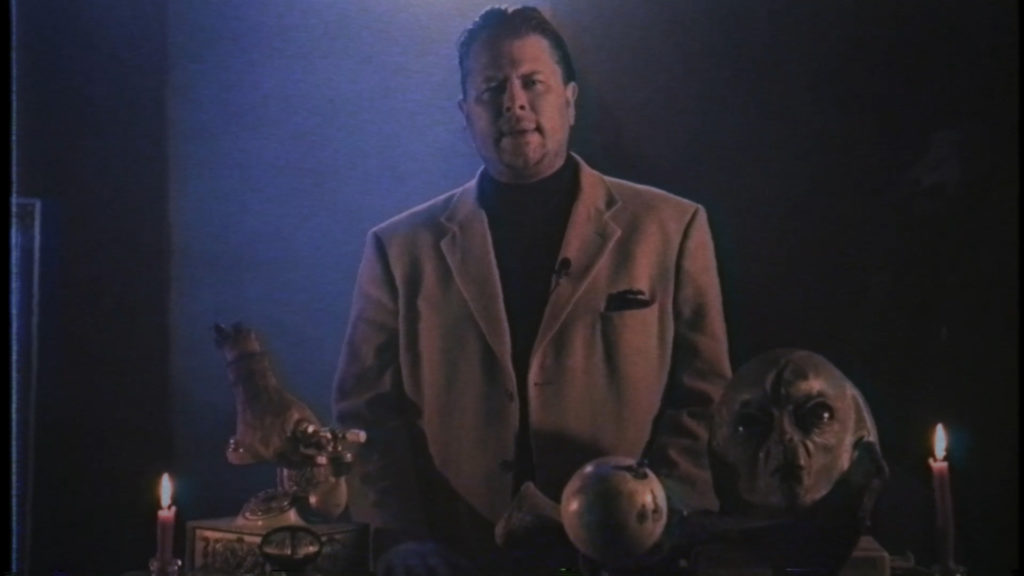 Mysteries Uncovered: Episode 1 (2021)
Length: 7:35 minutes Director: Daniel Hoffstrom Starring: Joseph Midthun, Jeffrey Truckenmiller, Jeremiah Gazette, Maureen McMullen
In Mysteries Uncovered, it’s easy to see that Daniel Hoffstrom has an affinity for the pseudoscientific investigation shows from the ’90s. Beyond the title’s homage, the set aesthetic could have come directly from any of the shows from that era, and even the show’s host Robert Frakes is an amalgam of the hosts from Unsolved Mysteries and Fact or Fiction. Hoffstrom also takes the opportunity to develop an over-the-top creature feature by introducing the Skindaddy, a strange humanoid that roughly mimics human appearance and vocalization while preying on unsuspecting nursing homes and pizza delivery boys. It’s got a playfully twisted sense of humor, and it’s done with care for its source material, and it features some pretty funky makeup work for the central zoological oddity. I’m definitely interested to see what might be in store for episode 2 and beyond.
Where you can find it: Streaming on YouTube

Inheritance (2021)
Length: 13:00 minutes Director: Annalise Lockhart Starring: Victoria Villier, Ron Brice, DeLeon Dallas
It’s uncommon to blend science fiction and traditional ghost stories, but Annalise Lockhart does so brilliantly in a story about a black family in rural Vermont haunted by ghosts whose racism continues even in death. As the spirits torment the family in an attempt to scare them off the land they purchased, the family fights back not with spells, charms, or wards but rather with good old fashioned ingenuity as they leverage the low-level electrical currents in the forest to interesting effect. This is a very subdued, heartwarming story that I’d love to see explored more in-depth in a feature.
Where you can find it: Making the festival rounds. Check out the trailer here 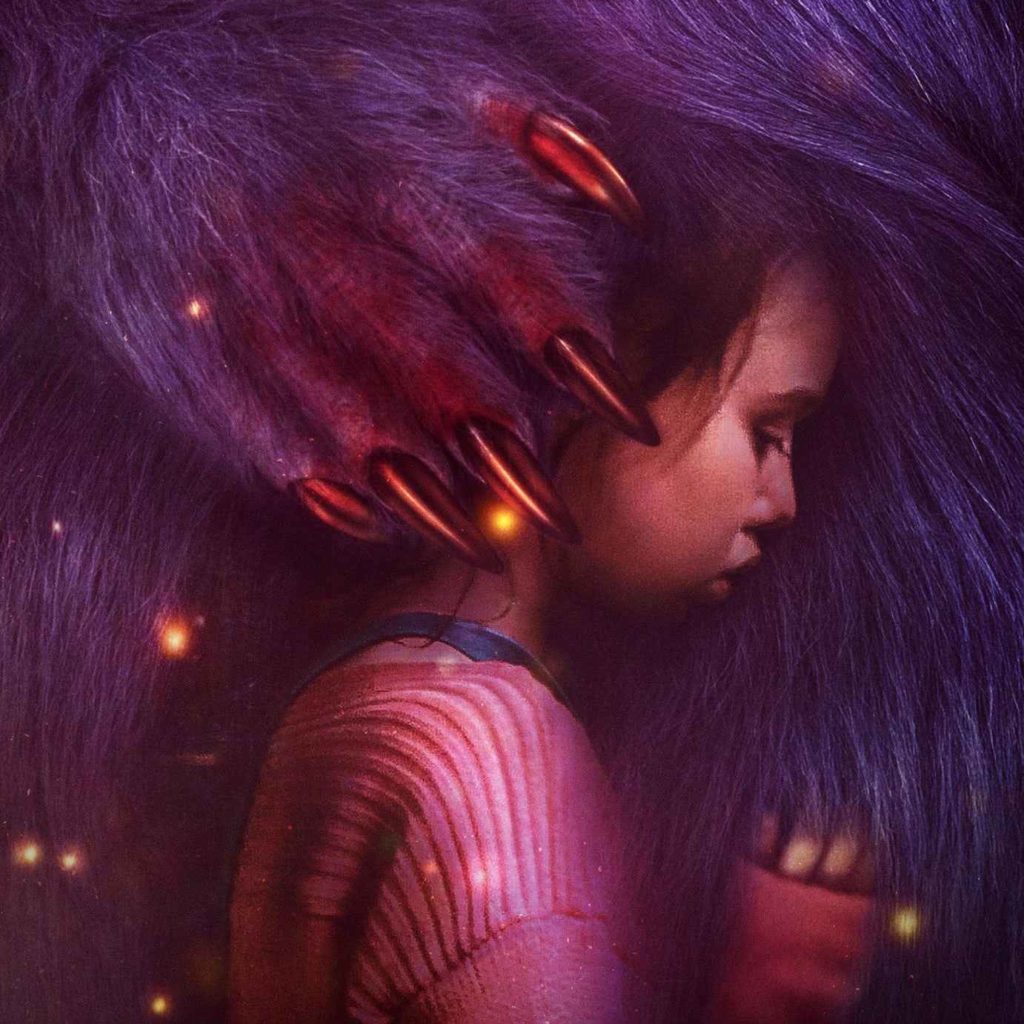 Grummy (2021)
Length: 10:46 minutes Director: Micheline Pitt Starring: Violet McGraw
Unsurprisingly, this short film from Micheline Pitt that explores how she used fantasy to cope with sexual abuse during her childhood isn’t easy to watch. But it’s not due to anything explicit, but rather in how effectively Pitt conveys the isolation of a young girl who flees into her imagination to escape her situation. It’s beautifully shot, with gorgeous sets and terrific creature design for Grummy, the girl’s stuffed animal turned protector. But the loneliness that permeates the whimsical elements serves as a stark reminder of the horror at the film’s core.
Where you can find it: Streaming on YouTube 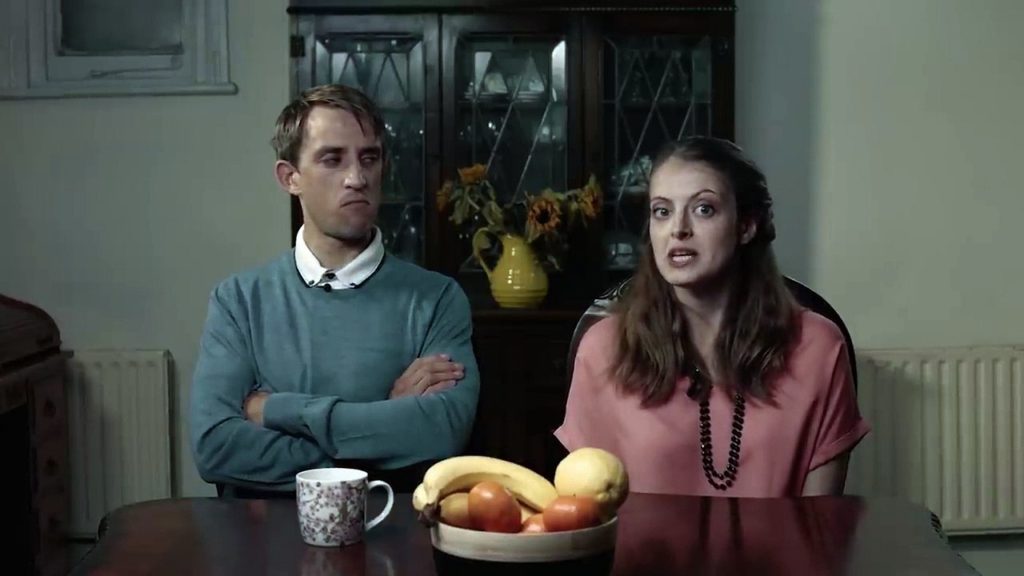 Bear Hugs (2017)
Length: 7:41 minutes Director: J.W. Roberts Starring: Lucy Farrett, Luke Booys, Bettie McRae
Sometimes gifts don’t go over as well as you think they will, but rarely do they lead your kids to delving into the occult. That’s exactly what happens in this short film about two parents who gift their daughter with a bear whose heart beats when you hug it. But when the heart breaks and the girl thinks she’s accidentally killed the bear, she goes to drastic links to bring it back from the abyss. Lucy Farrett and Luke Booys are pitch perfect as two parents just barely keeping it together as they recount the events that started with such great intentions and end with a creature that somehow manages to be both hideously grotesque yet surprisingly cute at the same time.
Where you can find it: Streaming on YouTube